Matthew Herbert Has The Shakes

In a culture starved of true originals, there’s no one else like Matthew Herbert. 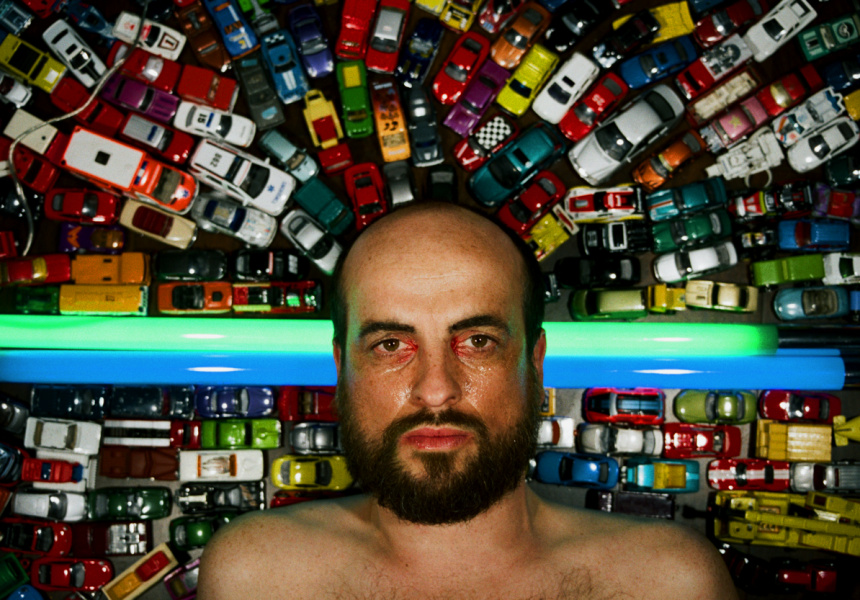 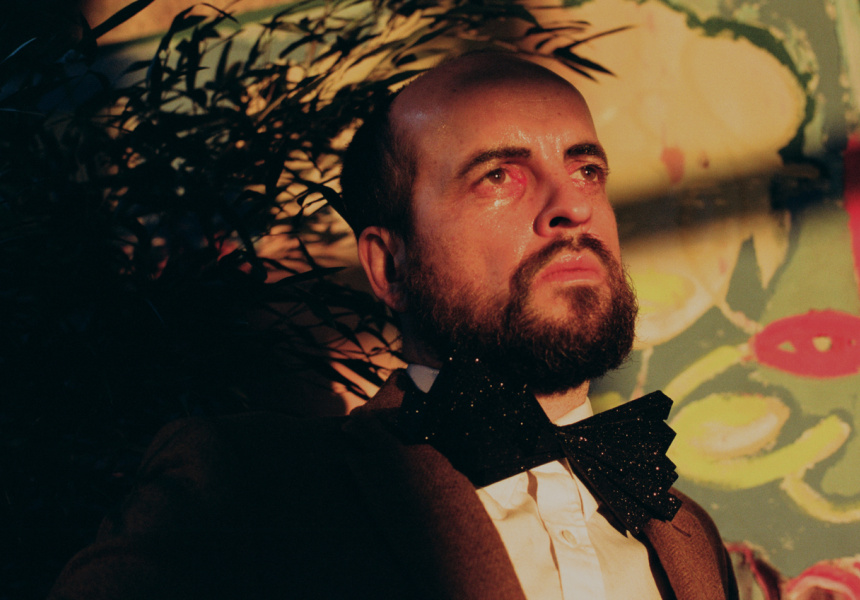 With Bodily Functions, Matthew Herbert made one of the first great albums of this century. Put it on without really listening, and it might pass you by as a collection of pleasant-sounding vocal house tracks with the odd jazzy interlude and a few catchy songs. But sit down with the liner notes and turn up a decent pair of speakers and the world splits open. Using a manifesto similar to the Dogme95 rules that Lars Von Trier and his Danish filmmaker friends set themselves, Herbert built the album from tiny samples recorded in operating theatres, rubbish-strewn laneways and everywhere between. With vocals by his then-partner, Dani Siciliano, the result is a dense, beautiful and genuinely funky album that is as groundbreaking now as it was in 2001.

Watch Herbert perform live and you witness this sonic wizardry on stage. Snapping CDs into his microphone, looping them through an effects pedal and turning the sound of shattering plastic in to a snare drum. Conducting an 18-piece big band as it tears up newspaper. Creating storming live techno sets from a few small pieces of equipment and a McDonalds Happy Meal.

In the years since Bodily Functions, Herbert has continued to poke and prod at the limits of music. After recording two albums with a big band, he went in the opposite direction, making three entire albums from a single sound source. One Pig was made from the sounds of a pig (recorded throughout the animal’s lifecycle, from farm to abattoir). For One One, he turned the microphones on himself, and One Club was made in a nightclub (where he didn’t record any music, instead building the album from the sounds of clubbers and staff as they moved around a German venue).

Throughout this period, we didn’t see him. Once, we could count on a Matthew Herbert tour every year, but for a long time his Australian visits completely stopped.

“In the first three months of 2005, I did 44 shows in 38 countries,” Herbert explains. “I went to LA for an afternoon and Australia for three days. It was madness. Everywhere I went I was talking about an environmental message, and it was nonsense: I had the biggest carbon footprint of anyone in the room. So for the next three years I didn’t get on an aeroplane. I went from taking 200 flights a year to none.”

While he’s only too aware that the reasons he stopped flying are as urgent as ever, he’s just as honest about the reasons he started again. “There just came a point where I couldn’t financially afford to not fly,” says the father of two. “I still take the train where I can, and the reasons I stopped flying are no less terrifying. I [still] think the implication for all of us is we should be doing more, and doing what we can, but the whole system is weighted towards doing the wrong thing.”

Plenty of experimental or political artists make music that can be hard work for the casual listener, but Herbert has rarely lost interest in melody and rhythm. With his latest album, The Shakes, he’s returned to house music.

What is it about house that he still loves after all these years?

“The thing I love most about it is the kick drum,” he says. “Somewhere in the late ‘70s we stumbled on the fact that a repetitive bass drum played by a machine rather than a human is incredibly conducive to dancing.”

Herbert’s theory is that because our brains are so busy trying to work out patterns in the world around us, they don’t have a chance to just relax. “In house music, your brain knows what it is. It doesn’t have to work, so it can look out the window or start daydreaming. Your brain intrinsically understands the framework of it, so that leaves you free to introduce other ideas.”

But it’s not just the cerebral side that grabs him. “I think there’s a joy in making people dance,” he smiles. “There’s something really great about allowing people that expression of temporary community … there’s a shared experience. When it works, it’s one of the most rewarding things you can do as a group.”

“That’s one of the reasons DJing can be so lonely and so hard,” he continues. “You turn up in a foreign country and you’re playing at 6am and you’re totally exhausted. You can’t see anybody, you don’t know what drugs they’re on or how much they paid to get in or how the security guards treated them … it’s hard to understand the, not the rules, but the shape of the evening.”

For all his enthusiasm for making people move, what he’s really trying to do is make us listen. “The intentions have always been the same for the last 15 years,” he says. “We should listen more carefully to strangers, to each other, to the ecology of the planet, to specialists in their field. There’s something profound about listening as a political act, because you have to shut up. All I’ve ever hoped for any of my work is that people listen.”