The movie event where what’s behind the screen is as good as what’s on it. 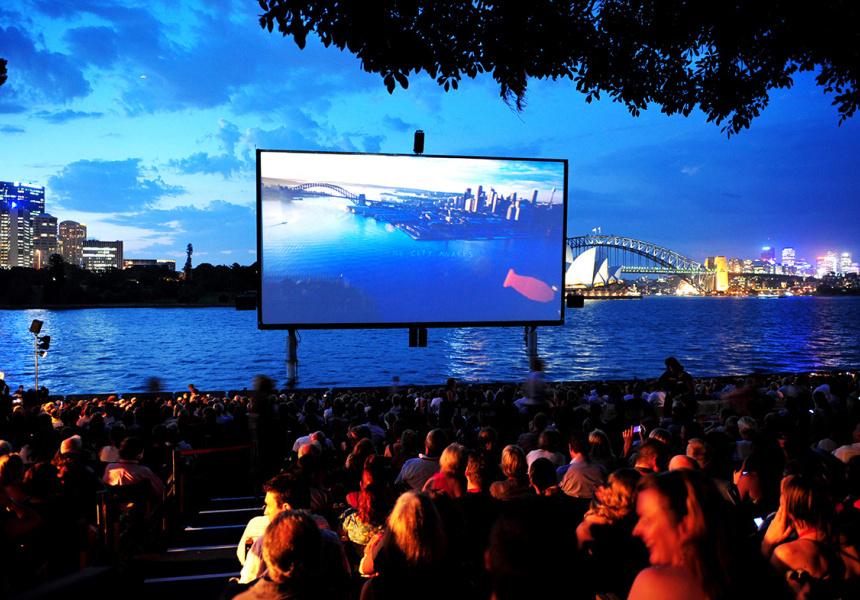 There are a lot of outdoor cinema experiences these days, but none quite compare to the St George OpenAir Cinema. The screen is in the harbour and the Opera House, the Harbour Bridge and the city skyline is in the background. Sometimes the view is distracting.

Despite this we’re sure Margot Robbie and Saoirse Ronan will hold your attention in the opening film of the 2019 season, Mary Queen Of Scots. The historic drama will make its Australian premiere and is about two rival queens who hold each other in fear and fascination while struggling to maintain power in male-dominated realms.

The season kicks off on January 8 and runs until February 16 and also includes First Man, A Star is Born, Bohemian Rhapsody and Ladies in Black. Storm Boy will make its Sydney premiere on the Mrs Macquarie’s Point screen.

There are no more details on who is behind the food and drinks, but we’ll let you know as more is revealed.

Tickets are on sale from December 10.

The 2019 season of the St George Open Air Cinema begins on January 8 and runs until February 16.