Produced by Broadsheet in partnership with Merivale.

This February, a series of parties will encourage you to dance, celebrate and write a love letter to an icon – all while going in the the running to win a $10,000 Merivale giftcard. In partnership with Merivale, we talk to Jonny Hawkins, one half of Dollar Bin Darlings and one of the performers at this month’s celebrations. 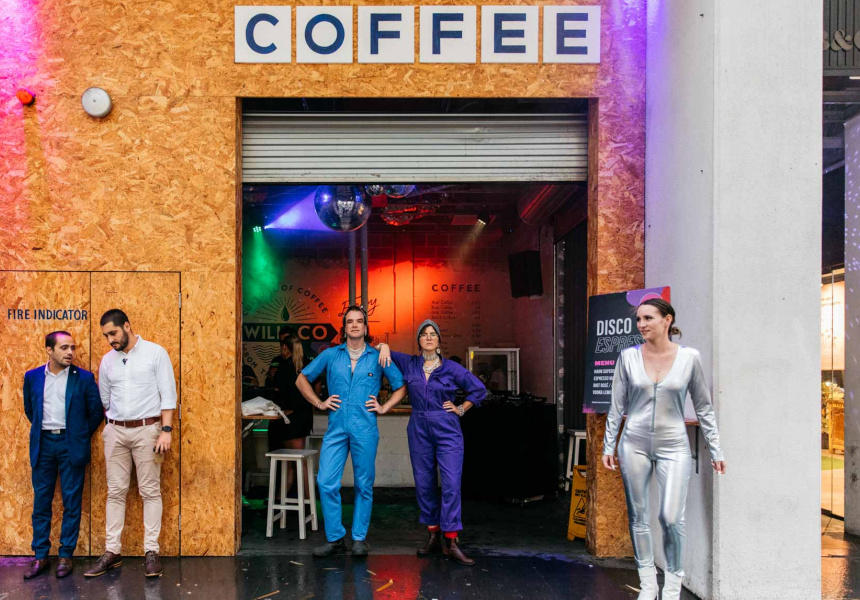 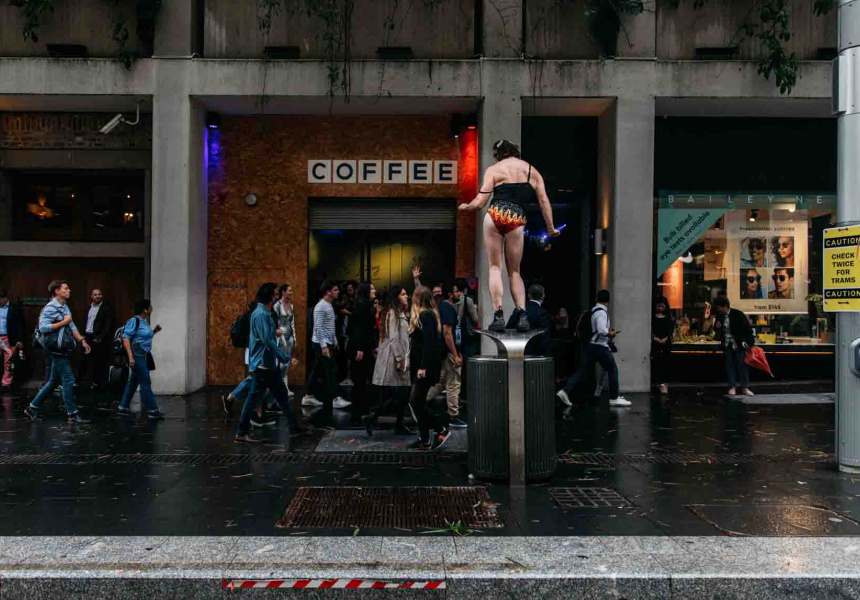 There’s a special kind of anonymity and freedom that comes from being on a crowded dancefloor. It’s also why the club is the archetypical site of gay pride: it’s one of the few places where what you look like and who you love simply doesn’t matter.

“We protest by partying,” says Jonny Hawkins, the pearl-wearing monarch and one half of DJ act, Dollar Bin Darlings. “Disco [was] the first time that gays had visibility.”

Late last year, the Darlings played a series of pop-up parties at Disco Espresso on George Street within the Ivy Precinct, providing the providing the “the best street party this side of New Orleans”. This Mardi Gras, Jonny was nominated to be involved in Merivale’s 2020 Mardi Gras campaign, We Are Stardust, an initiative across Merivale venues which celebrates its own LGBTQIA+ community.

The group has long-running association with popular queer-centric parties – Saturday nights at Poof Doof and Beresford on Sundays, for instance – and Hawkins emphasises that pubs, clubs and restaurants have long been central to the LGBTQIA+ community, providing people of all persuasions a brightly-lit stage on which to be themselves.

“There’s something in the heart of disco that’s the first site of queerness,” Hawkins says. “They’re the first dancefloors in history where black people and white people and gay people and straight people and men and women were all dancing, together in the same room.”

Like the Mardi Gras itself, We Are Stardust is all about visibility and shining a glittering spotlight onto a diverse community. The Dollar Bin Darlings – who are known for the deep cuts they salvage at op-shops and garage sales – are a regular feature at Merivale venues.

From February 14 to March 1, there’ll be a swag of events championing the LGBTQIA+ punters who call Merivale home. But it’s not merely contained to the dance floor, either – there are drag shows, movie nights, talking events – even a dog show. The Ivy is also hosting a party of insane proportions with its Big Gay Pool Party, taking over two levels (including the change rooms, which will transform into a “dark and dirty techno oasis”).

Meanwhile, Merivale and Absolut are asking punters to name the shining star in their life to win a $10,000 gift card to drink and dine across Merivale venues. For those who miss out on the 10 big ones, there’s a consolation prize in the form of Absolut Stardust, a special Mardi Gras cocktail made from Absolute Lime, coconut water, soda, lychee and lime – and $2 from every drink will be donated to Merivale’s longstanding charity partners, the Bobby Goldsmith Foundation and Acon.

And if you don’t identify as queer and you’re concerned about co-opting space by attending, don’t stress. Hawkins stresses that Mardi Gras is a celebration of diversity, tolerance, companionship and – ultimately – love. In which everyone can share. Just don’t be a jerk.

“Come to participate,” Hawkins says. “Don’t make a spectacle. Be a part of the fun. In queer spaces, everyone’s welcome until they choose not to be. This is a party about everyone. Get around. Meet people that you haven’t met before. Be supportive. Ask questions. Dance.”

This article is produced by Broadsheet in partnership with Merivale.

Produced by Broadsheet in partnership with Merivale. Learn more about partner content on Broadsheet.