The director of The Sixth Sense and, er, Lady in the Water, talks about taking things back to basics and making a potentially career-saving recovery with The Visit. 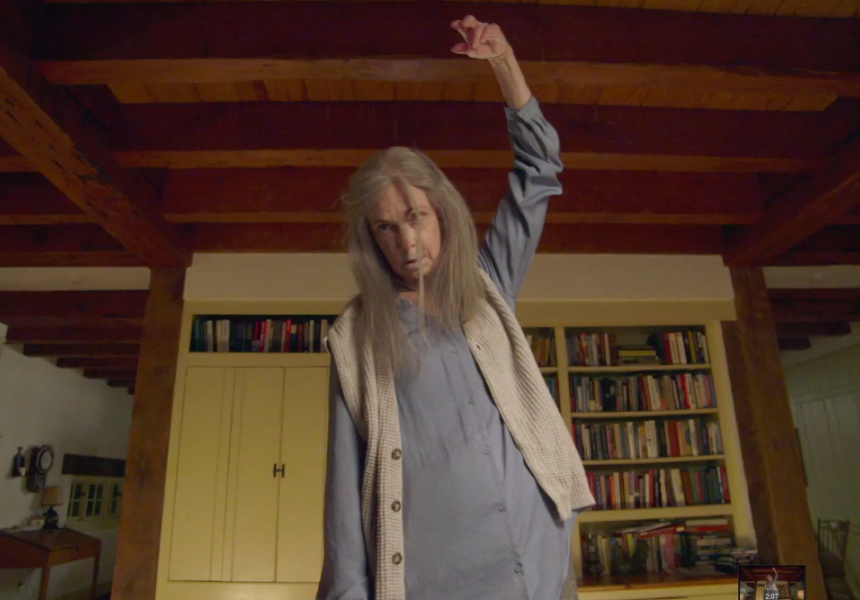 In a hotel suite at the top of Crown Casino in Melbourne, horror filmmaker M Night Shyamalan is telling me about his attitudes to professional basketball contracts.

“If I were an NBA player,” says Shyamalan, who is a film director and not at all a basketballer, “I’d have in my contract that I’m allowed to play street basketball with anybody I want at any time.” On this point, Shyamalan is passionate: “You cannot take the game away from me.”

A decade ago, Shyamalan was a byword for spooky Hollywood thrillers. After initial plaudits for creepy I-see-dead-people thriller The Sixth Sense, then Unbreakable and Signs, his reputation was assured. But then, things went dramatically downhill. The poorly received Lady in the Water washed away all the goodwill he’d built up. The Happening and The Last Airbender were universally panned. The film world had never seen such a career u-turn, such a spectacular cinematic shark-jump.

Which is why his latest film, The Visit – a claustrophobic, macabre thriller – is so surprising. It's a back-to-basics, low-budget affair free of special effects, over-reaching twists, swelling orchestral scores and moral posturing. It's simple: two young teenage siblings visit their grandparents for the first time, but the old dears are acting strangely. The movie presents itself as the film project of older sibling Rebecca, so there’s lots of shaky-cam, straight-to-camera monologues. There’s a sense that, as a filmmaker, Shyamalan is starting over.

“I don’t know if I’d put it like that,” says Shyamalan. “I just wanted to prove to myself that filmmaking is about great stories.”

“I funded this myself,” he tells me. He was determined he wouldn’t have to answer to anyone. “I didn’t ask for anyone’s permission,” he says, “I just went off and did it. It was a freeing experience, and it was fun.”

So Shyamalan’s NBA contracts metaphor makes sense. The Visit is him donning a sweatband and some Air Jordans, ditching the sponsorship deals and killing it at street basketball. In a way.

The result is miles from the pretentiously meandering fairytale, Lady in the Water.

“Look, out of all my films, Lady in the Water has the most rabid fanbase,” he digresses, evidently a little put off by all the disparaging reviews. “That movie is religion for people.” He’s confused by the critical mauling, he says, “because audiences loved it.”

But the point stands: he’s clearly taken the time to think about what a film actually needs to make it work. There’s no huge, swelling orchestra to back up every dramatic peak, for example: “A score is so helpful,” he says. “It does so much of the storytelling for you. It allows the audience to not use their own muscles, and then they’re not as committed.”

Maybe it was getting so far into the character of Rebecca, The Visit’s precocious 16-year-old filmmaker (played by Australia’s Olivia DeJonge)? Maybe it reminded him of his roots. "I was just starting to watch movies properly at that age,” he says. After a childhood of early Spielberg (E.T., Close Encounters of the Third Kind), the 16-year-old Shyamalan had made dozens of Spielberg-inspired short films and was moving on to the East Coast-indie-types: the Coen brothers, Woody Allen, Spike Lee … “They were all gods to me,” Shyamalan says.

And what would he tell Rebecca now, if the writer and the character were to meet?

The Visit is on general release now.