Listen to This: Nicholas Allbrook

Australian-flag-waving psychedelia from a key player in Perth’s prolific and experimental music scene. 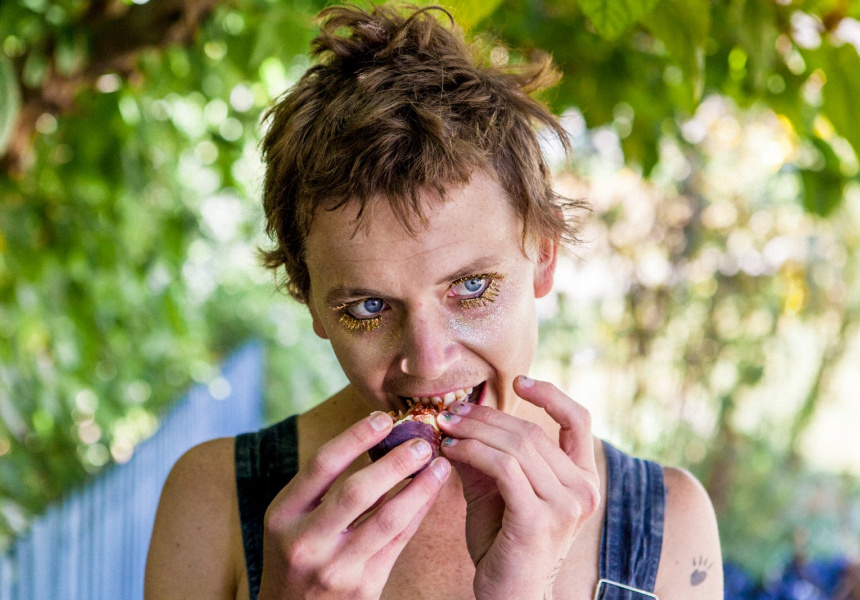 Nicholas Allbrook is a multi-instrumentalist who’s been at the centre of Perth’s music scene in the past decade: fronting POND, playing bass for Tame Impala until 2013, drumming for Peter Bibby and as half of Allbrook/Avery. Since he released his debut solo album in 2014 he’s also gained a solid reputation as a DIY creator of wonky, glittering psychedelic music that bears the hallmarks of his other projects plus an individual stamp.

Advance, the first single from his new album Pure Gardiya (out May 27), has been released ahead of a national tour this month.

Broadsheet: You’ve said that Advance is a commentary on Australian identity. Can you break that down for us?
Nicholas Allbrook: I guess the music is pretty “flag-waving”, and we love that. I'd love it more if we had an appropriate flag but, whatever. I guess I was wondering where the rationalisation for national identity comes from – length of time, pure and simple? Finders keepers? Australiana is a fiercely defended but barely tangible myth that gets tagged on to all kinds of things – Anglo-American-Christian things – and is fervently used to justify some very questionable behaviour, now and throughout history. It's all very confused, but still tribally defended. Weird.

BS: Is it fairly representative of what’s to come on Pure Gardiya? Can you tell us a little about that?
NA: Yeah. Most of it was recorded live with Evelyn Morris destroying the piano, Francesca Mountfort playing cello, and Cam Potts drumming. So those instruments, and the wonk and uncertainty of playing and singing together quickly-like in the same room with no room for me to sing well/reservedly, is a consistent motif.

BS: You recorded your first songs on a tape recorder: how much has your creative process changed since then? Are you still pretty DIY?
NA: [Pure Gardiya] wasn't home recorded, except for some demos and electronic things that stayed. With this one I got my favourite musicians to do what I am too shit to do myself, and we all did it at the same time in a studio. I wanted to step back a bit – play at being the vacant “musicbandguy” for a bit, make it fun and immediate. Home recording can be laborious and lonely, but this was vibrant and magical and passionate, like I used to fantasise recording would be like. Home recording will keep happening, though. It always has its place.

BS: How would you describe the music scene in Perth at the moment? How has it served to inform your musical sensibility over the years?
NA: Forgiving, inclusive. Musically and socially everything seems to just coast by without much consequence, so it's really easy to throw new projects or ideas into the open without fear of being crushed by some council of elders or whatever. I guess you don't need the trappings of success to be allowed to perform or exhibit or even live in a “successful” way, so things are allowed to flourish even if they're embryonic and amateurish.