Listen to This: MKO SUN

We speak to the eclectic artist MKO SUN about Aretha Franklin, Japanese fashion and getting in on Björk’s stage-show action. 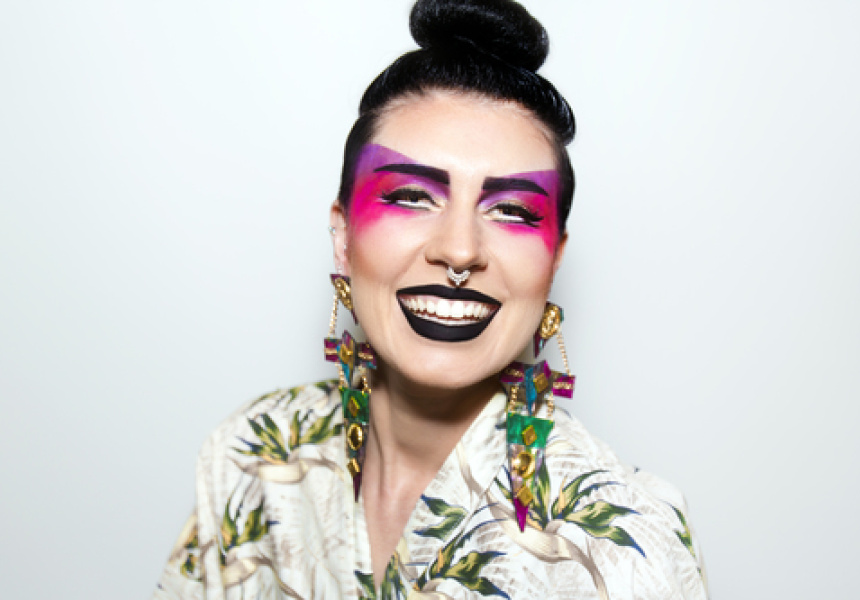 Hannah Macklin is the Brisbane singer, songwriter, producer and artist behind the alias MKO SUN. While the musical influences she cites are diverse – from Stevie Wonder to Björk, Burt Bacharach to hip-hop – she’s carving a strong identity with her own experimental sound: blending R’n’B and neo-soul over a blaze of samples and abstracted electronica.

Soon to be released, Macklin’s third EP Opus Opalus is dedicated to her father, who passed away at the start of 2014. Written partly in New York last year, its songs capture the city’s buzz, energy and varied culture, as well as the spectrum of emotion that comes in the wake of loss.

In the past, Macklin has supported Peaches, Cody ChesnuTT, Fatima and Hiatus Kaiyote. This month she previews the EP with her band as she opens for Katie Noonan. We caught up with her on the road.

Broadsheet: What are your earliest musical memories?
Hannah Macklin: I can remember getting really into Aretha Franklin when I was little and trying to sing Respect as an eight year old. I don’t know if I pulled it off but you know, I gave it a go.

I also used to listen to Patsy Cline in the car with my dad. A broad range of stuff, but I was always more inclined towards R’n’B and soul music. That’s what I was listening to and would try to copy.

BS: What inspires you apart from music?
HM: I’m really inspired by fashion and art. For example, Japanese fashion designer Kansai Yamamoto [who created some of David Bowie’s outfits including avant-garde kimonos and billowing structural pantsuits].

I’ve also been really into animated movies lately. I only saw [Studio Ghibli’s] Spirited Away recently. That was really inspiring, and I couldn’t believe I hadn’t seen it yet.

If we’re going to talk about it realistically, maybe Björk. But only if all of her set and lighting designers etc. could also do stuff for us as part of the deal!

BS: What can we expect from your upcoming shows?
HM: The current live set is all of the songs from the new EP, but they’re different arrangements. The recordings are their own things, and we’ve adapted them for a live setting.