Listen to This: Matt Gresham

This Sydney-based singer-songwriter is inspired by surf, his mum’s poetry and even doing interviews. We catch him just before his debut headline tour. 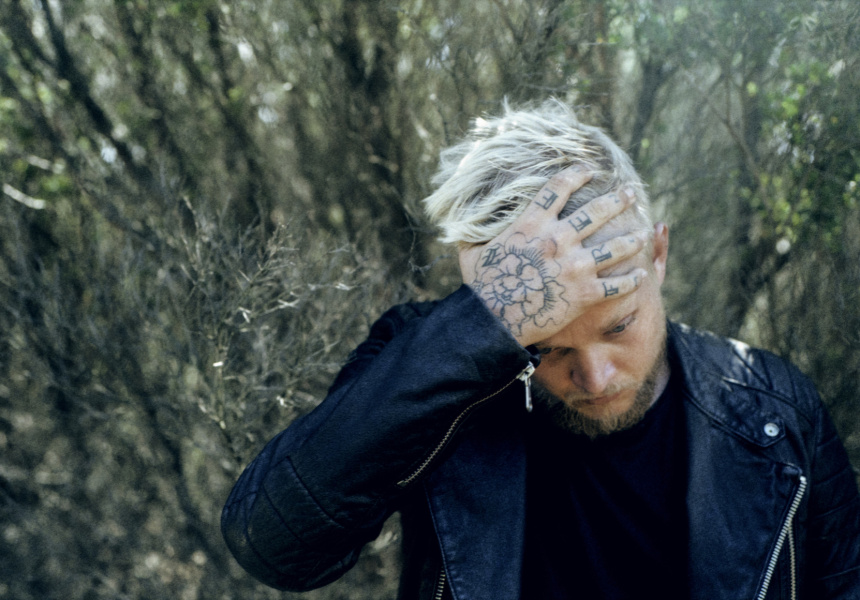 He was showcased at Austin’s SXSW this year and is – somewhat randomly – big in Germany. But Matt Gresham’s sound is unmistakably Australian. It’s fresh, catchy and sunny – even when his lyrics take a reflective turn, as they do on new single Ghost. A surfer when he’s not songwriting, Matt Gresham traded the waves of WA for the east coast and now he’s travelling the country again on his debut headline tour.

Broadsheet: Where did you grow up and where are you based now?
Matt Gresham: I grew up in a small coastal town south of Perth called Rockingham. It’s been known in the past as being a rough area, but that's a harsh judgment. I love it.

I am now based in Maroubra in Sydney, which is surprisingly very similar, but the surf is better here! It's amazing coming from WA and now being able to travel the world with my music. Perth is such a small, isolated place – it really changes the way you look at things. I'm very grateful I had the opportunity to grow up the way I did.

BS: Any favourite city haunts or out-of-town escapes you can tell us about (anywhere in Australia)?
MG: I love Noosa on the Sunshine Coast, it’s such a beautiful area. The National Park there is stunning and for me it’s a great place to reflect on life and music. Of course, I also love Broome! The Kimberley is such a special place, man, we are so blessed to live in Australia. I'm not a huge fan of the city but I have to admit Sydney is stunning.

BS: Who are your songwriting heroes?
MG: I love Paul Simon and the way he captures imagery through his lyrics. I'm a huge fan of Jaymes Young who I was lucky enough to work with recently when writing my new songs! My mother was and is my main inspiration, though. She is a strong, beautiful woman, and she writes poetry like no other. She released a book in the ’90s and I still keep it with me everywhere I go.

BS: What might inspire a new track?
MG: All kinds of things – great conversations, books, spending time isolated from people. Meditation, surfing, listening to music, long walks, even doing interviews. I guess the biggest thing with songwriting for me is trying to live in the present. Really feeling your emotions and not thinking about what you did yesterday or how important it is to check your news feed.

BS: Fantasy support slot – any artist, any era, anywhere?
MG: On the same bill as Ben Harper at Sydney’s iconic Opera House. I would cry for days with happiness!