Listen to This: Laneway Festival Special Edition, Part One 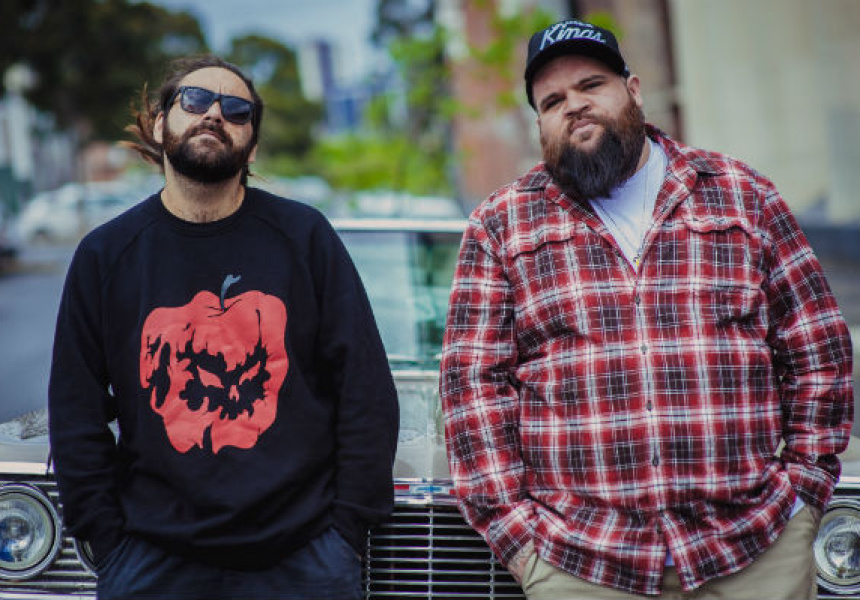 Laneway Festival: smashing it again with some of the freshest local and international talent in the world. Long considered a zeitgeist marker, this year’s line-up is no exception. It includes diverse acts on the ascent, and we caught up with a few of them ahead of the day.

Broadsheet: What inspires you to create music? Adam Briggs: It’s a passion, it’s something I just do that turned into a job. Creating a legacy has become a force of habit.

BS: What’s in the works for 2017? AB: New Briggs [his solo project], new A.B. Original and me being on television wherever possible (except Crime Stoppers). DR: The fifth Funkoars record with Sesta and Hons, solo production LP, second A.B. LP, a couple of film/TV OSTs [original soundtracks] and a furious amount of chicken-shop visits.

BS: What musical influences do you guys come together on, and how do you diverge? Dave Le’aupepe (frontman): When we started hanging out together as kids we loved Bruce Springsteen, Sonic Youth and U2. For the most part, that hasn’t changed. I listen to neoclassical music predominantly now, because I have a lot of trouble connecting to other artists’ work while I’m in that weird, competitive (petty) creative, (deeply insecure about my own work) phase. The other guys don’t listen to the same stuff I do – your Steve Reich-, Max Richter-type composers. I think they think it’s boring and annoying. Maybe they think I’m boring and annoying?

Who are you keen to catch at Laneway? DL: Luca Brasi. I think they’ve tapped into something incredibly valuable and emotionally gratifying and a lot of their last album resonated with me quite significantly.

Broadsheet: Apart from music, what inspires you? Tyler Richardson (bass player): I try to skate as much as I can, I love to read and always have (it doubles as a good way to rip off key lines, too). I'm shocking at it, but travelling outside of touring is a priority whenever I can. I'm mega guilty of seeing so much of the world and very little of beautiful Tassie, where I live. The ocean is of huge importance to me and being close to it is always a priority.

BS: Who are you keen to catch at Laneway? TR: I’m super keen to catch Car Seat Headrest, I've recently got into them. A.B. Original are the most important group in Australia right now and I'm super pumped to catch them, we missed seeing them at a festival we were both on recently, and I've been gutted ever since. Camp Cope are great mates of ours and always kill it, Tash Sultana is bullshit good, Gang of Youths have written some of my favourite songs of recent times; the list goes on!

Broadsheet: Fantasy support slot – any artist, any era, anywhere? Jono Ma (guitar, beats, synths, production): It would be fun to follow Queen at Wembley Stadium. You know that concert where Freddie does the call and response with the audience? It would be fun to do a dissonant, Dutch hardcore-style rave set after that and really upset the sing-along crowd … just for a laugh.

BS: Who are you keen to catch at Laneway? JM: Tame Impala. ‘Cause we’ve never seen them before and heard that they’re pretty good ;).

See the full line-up here and stay tuned for Part Two of this Laneway edition of “Listen To This” with Jess Kent, Koi Child, Roland Tings and Tash Sultana.