Listen to This: Gold Class 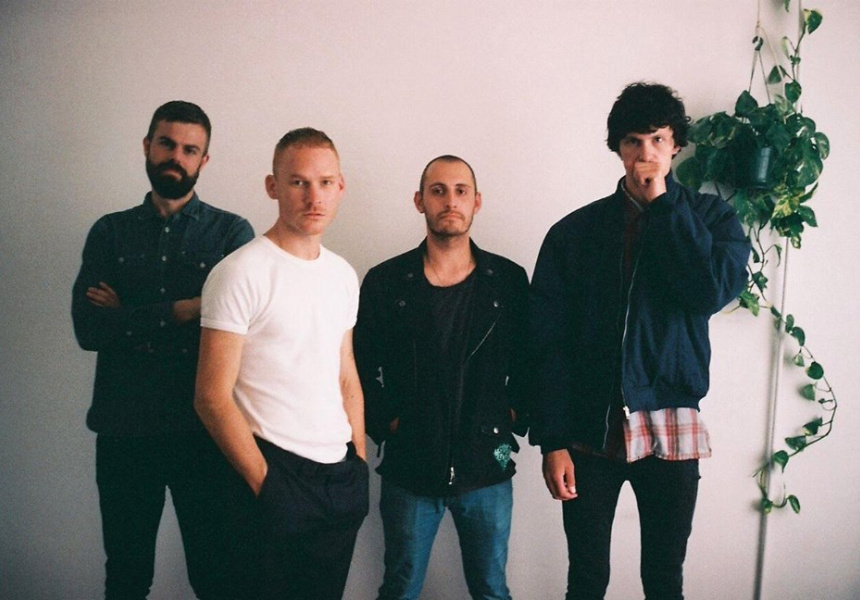 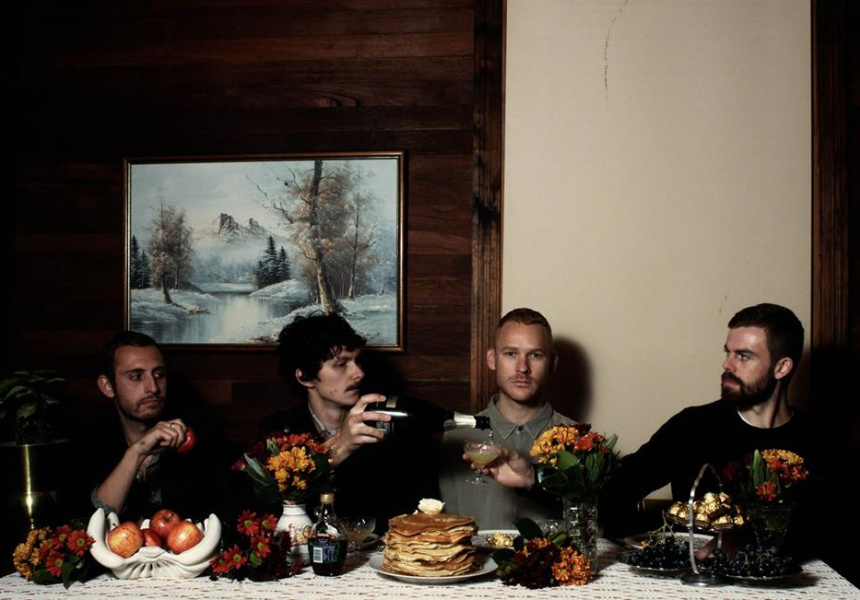 Gold Class is a Melbourne post-punk four-piece and a force of nature. Its debut album, It’s You, released in September last year, was recorded in just four days and captures all the immediacy, power and potency of the live shows the band is becoming known for. (Lately giving Thurston Moore and Kurt Vile a run for their money with support slots on their Australian tours).

Both musically and vocally, comparisons to Joy Division and the Smiths are fair. And while Gold Class wouldn’t have sounded out of place playing The Haçienda in the ‘80s, its grit is more Melbourne than Manchester, and vocalist Adam Curley’s lyrics speak of a more homegrown political dissatisfaction. Ahead of the band’s last set of shows in Australia for a while – including a set at Golden Plains – we catch Curley having a lighter moment.

Broadsheet: Where did you all grow up and where do you live now?
Adam Curley: I grew up partly in North Queensland and partly in Brisbane, and moved to Melbourne a while ago, mostly just for something different. Jon is from Tassie and Perth, and Evan is from Geelong, so Mark is the only true-blue local kid, although he spends as much time as he can wandering around Tolmie these days.

BS: Any favourite city haunts?
AC: Lazerpig has been central to our houses and close enough to Bakehouse, where we jam, that it’s become the unofficial headquarters. But a few of us have just moved, so who knows what happy-hour pizza-and-beer specials are in our future. I haven’t left the house much this summer, so my big summer recommendation is Elena Ferrante’s Neapolitan Novels series, but I can also recommend the house white at Joe’s Shoe Store.

BS: Where do you draw inspiration from? And how do you write music together as a band?
AC: We write everything together, so at the moment, it’s going slowly – we’ve been busy enough with shows. We’ve been hoping to get away for a writing retreat, but it’s unlikely to happen until we get back from our tour of the States and Europe in March-April. Hopefully there will be one or two new songs to play at Golden Plains.

BS: Fantasy support slot – any band, anywhere, any era?
AC: I’m not really a “bucket list” person. I’m looking forward to seeing Sleater-Kinney and Freddie Gibbs at Golden Plains, and there are some Australian bands I’d like to play with. HTRK comes to mind.

BS: What can we expect from your live shows?
AC: Probably the last run of our set as it stands, which is maybe a bit sad and exciting. Expect to be sad and excited.