Listen to This: Flyying Colours

A band that a Nirvana crowd would dig. 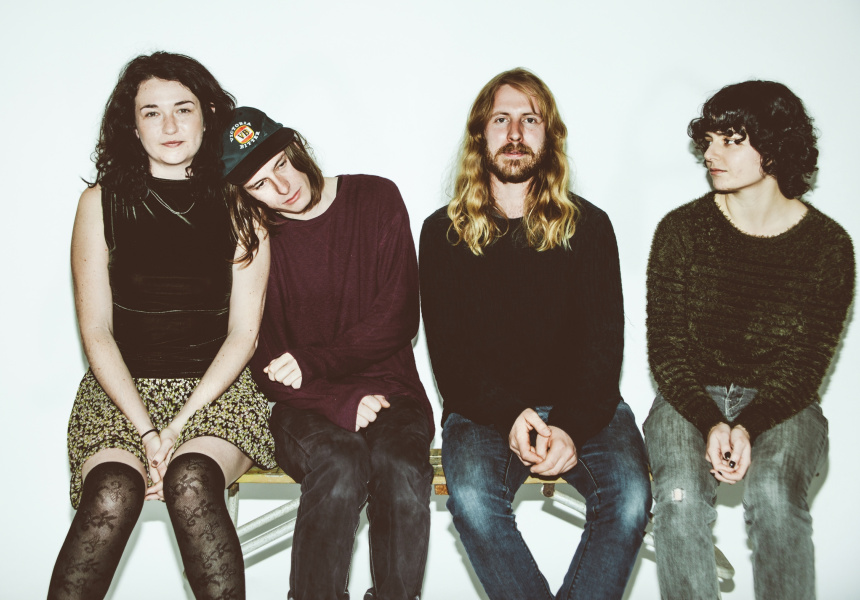 Flyying Colours is a four-piece from Melbourne that embraces the “shoegaze” label it’s often tagged with, but whose music incorporates other touchstones; DIIV and TOY. The band has generated a buzz internationally and locally and is currently on the road in Europe, but returns in November for a national tour in support of its debut album, Mindfullness. Lead guitarist and vocalist Brodie J Brümmer talks us through it.

Broadsheet: What can we expect from your new record, Mindfullness, and what inspired its title?
Brodie J Brümmer: I don’t think it is a departure from what we have – and possibly always will – sound like. The title is a play on words: actually spelled Mindfullness (in keeping with our theme of ruining spell-checkers’ days everywhere), it represents our headspace making the record. We had been waiting to record this for a year and by the time we finally hit the studio, our minds were literally full.

BS: What influences do you come together on as a band – and how do you diverge?
BJB: We come together on most things, ranging from T. Rex all the way to A Place To Bury Strangers. That’s what I really like about making music with this band: we all listen to – and are – influenced by so much, and all have very different playing styles. Gem’s [O’Connor] delicate yet powerfully gorgeous voice, paired with my often intense and noisy guitars; Mel’s [Barbaro] ability to add an incredible groove to any track, and the absolute brilliance of Andy’s [Lloyd Russell] drumming is really what we are all about.

Fantasy support slot – any artist, any era, anywhere?
BJB: Tough question. I really only select bands I want to see play. We have played some dream supports already – Johnny Marr, A Place To Bury Strangers, The Brian Jonestown Massacre – and all of those shows were so good because we got to meet and watch them play afterwards.

I guess I’ll be predictable and say Nirvana, as I think that we could possibly keep up with them, and I’m almost sure a Nirvana crowd would dig us. That, or The Smashing Pumpkins at their hometown return show at The Metro in 1992 – that show was absolutely incredible, the band were buzzing and it seems Billy [Corgan] was in a good mood.

Mindfullness is out today.