Listen to This: Eves The Behavior 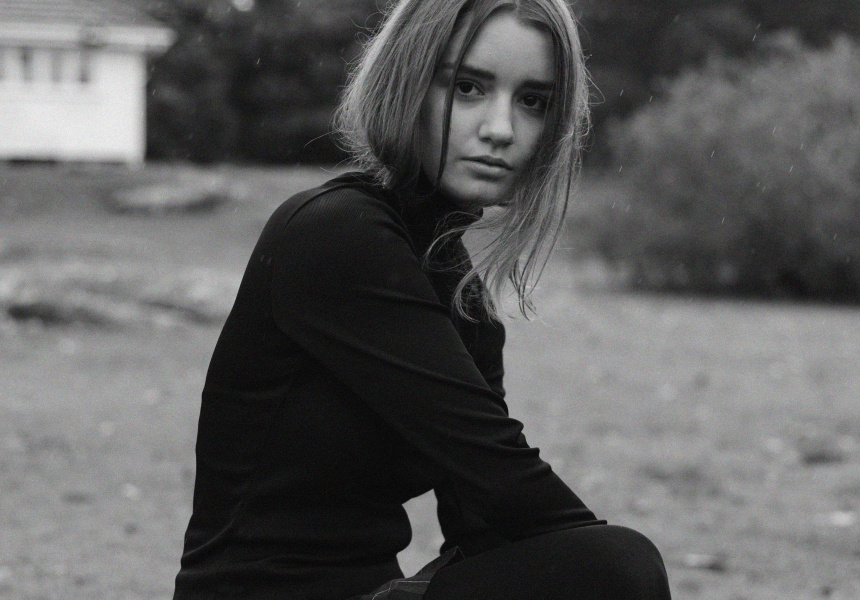 Eves the Behavior is the stage name of 21-year-old Hannah Karydas from Cairns. Karydes experiences synaesthesia, the rare neurological condition whereby one sense evokes another; for her, music can be seen as colour.

Her songs – check out Electrical and TV for starters – are fully realised slabs of dark but vibrant electro-pop: a soundtrack for late-night road trips, or slow-motion party scenes in an indie movie. Musically, they are textural, lush and listenable. Karydas shines through as a self-possessed talent; writing with a deft lyricism that reveals wide influences.

She shares a management company with Nick Cave & the Bad Seeds and Warpaint; has supported Sky Ferreira and Courtney Barnett; and she played to a packed tent at this year’s Splendour in the Grass.

She released her self-titled debut EP in July and will launch it next week in Sydney at her first-ever headline shows.

Broadsheet: Where are you from?

Hannah Karydas: I was born in Cairns, North Queensland. I lived in the same house until I turned 15. We had a large property that backed onto the sugarcane fields. The seasons don’t vary much up there so it felt like consistent summer. We had a creek, fruit trees, chickens, wild pythons that would eat the chickens sometimes. It was very far away from anything resembling a city. But my best friend lived next door and it was perfect.

BS: Where do you live now?

HK: I’m in between places. I had been in Sydney for the past two years but then I went overseas. I head to London next week, where I’ll be for a little while.

BS: Apart from music, what inspires you?

HK: Books, Joan Didion especially. Also Malala Yousafzai, perhaps the most courageous and level-headed person on earth. I have learnt so much from her it could fill a universe.

BS: What are your earliest memories of performing?

HK: These memories usually involve my brother. We were in a band once. We maybe played one show ever at the local shopping centre – we played Sweet Home Alabama. Haha.

BS: Does your synaesthesia help when making music? What kind of colour spectrum is your new EP?

HK: It definitely helps! It keeps things consistent. I would say my EP is predominately deep blue and purple.

BS: What can we expect from your first-ever headline shows?

HK: I have a live visual rig that involves Oblique Strategies and particles! Exciting.

BS: What are you excited about right now?