Listen to This: Dustin Tebbutt

Singer-songwriter Dustin Tebbutt has travelled from the bushland of New South Wales to Sweden and back again. He creates music as beautiful and expansive as the landscapes he’s called home. 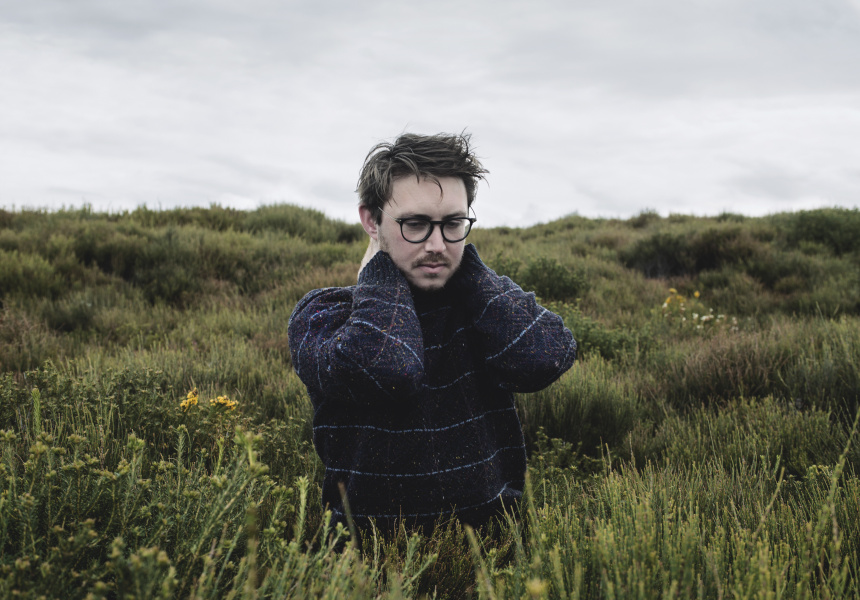 Dustin Tebbutt writes, plays and records most of his multilayered music himself, and as a result an introspective element cuts through it. His music sits in the indie-folk space populated by Father John Misty, Ásgeir and Bon Iver. His latest single, Home, is anthemic in that same quiet, subtle way Skinny Love is; when it catches you off guard on the third listen and stays under your skin.

Tebbutt moved to Sweden for two years and returned to Australia to release his debut EP The Breach in 2013. His new material continues the story on a seven-track mini album. He plays the Factory Theatre next week; one of his biggest venues yet.

Broadsheet: Where did you grow up?
Dustin Tebbutt: I grew up in Armidale, NSW where our family had a large property of natural bushland. I spent a lot of time out there running amuck, catching scorpions, building bike jumps ... and then later, when my brother and I started bands, we set up a PA in one of the sheds and used to jam out there. You could turn everything up really loud, there were no neighbours for miles.

BS:Where do you live now? Any favourite haunts you can tell us about?
DT: At the moment I'm living between Sydney and the Central Coast, where my studio is currently set up. There's a great cafe up here called The Glass Onion that has become a favourite, and just north is a spot called Soldiers Point which is awesome for a bit of waves-versus-rocks time.

BS:What attracted you to a life in Sweden?
DT: I really just wanted a change, and Sweden seemed like a world away. Winter was always my favourite season, even back home, so that was a win. I also had a couple of friends over there, which made it easier.

BS:What do you like to do when you’re in Sydney?
DT: I'm a bit of a foodie, so I love a good brekkie mission. Then if I have the time, I love to get some laps in at the pool. Sydney has some awesome pools: the Olympic Pool at North Sydney is great, and Andrew “Boy” Charlton pool.

BS: Where does a song start for you?
DT: It varies a lot, actually. Sometimes it’s a melody in my head, quite often it’s a guitar part. Lately, I've been trying to write by starting with some simple drum-and-bass parts, and then fishing around for melodies on top of that. It’s been working well because it leaves heaps of space to “colour” the chords and other parts that then sit on top.

BS: Fantasy support slot – any band, anywhere, any era?
DT: When Radiohead was touring post-In Rainbows, that would have been pretty epic.

BS: What can we expect from your forthcoming shows in Sydney/Melbourne?
DT: I'm bringing a three-piece band with me, and we will be playing a bunch of new songs for the first time, which is exciting. I've also got a new looping system that I’m trying to figure out right now, which should be fun too!