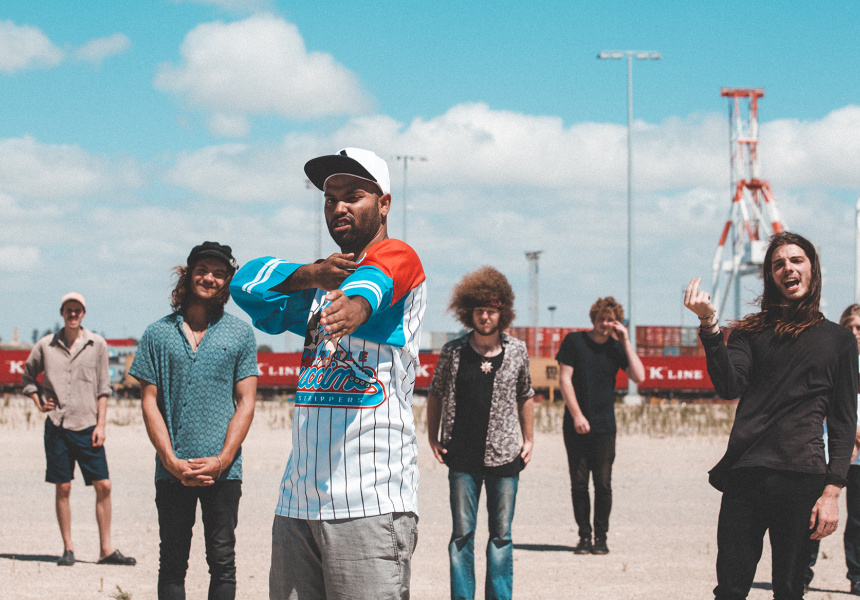 A couple of weeks ago, we caught up with Jagwar Ma, A.B Original and Gang of Youths in part one of our Laneway special. This week we talk to a raft of other Aussie acts on the bill: from Fremantle’s premier hip-hop act to a Melbourne multi-instrumentalist.

Broadsheet: What do you like to do outside of music that contributes to your creativity?
Roland Tings: For me, creativity is a reflection of everything that happens around a person, so even a simple act like going to the supermarket can contribute in some small way. My approach for the last two years was to spend all day, every day in the studio, working all the time.

BS: Who are you keen to catch on the Laneway line-up (and why)?
RT: I’m excited to see Jess Kent. I’m really interested in the energy in her music and I think she’s going to slay it live. To me her songs are the perfect blend of contemporary pop and dub production, which is a combination that can be hard to nail, often veering into pastiche or worse. But she has pulled it off in a really dynamic, fun and honest way.

I’m also really excited to see Floating Points play live. I recently saw him DJ for six hours, from the beginning of a party to the end and it was an incredible experience. He knows exactly how to direct the vibe in a room; I’m very excited to see how he works with a live band on a festival stage.

Broadsheet: What can we expect from your debut album?
Jess Kent: I’m more free and I've grown up a bit now, so I'm really focusing on keeping and finessing the essence of my style of songwriting. I'm listening to so much music every day, and going back to old records that I grew up on. It’s exciting to see how the record’s going to take shape.

Broadsheet:You say your goal is to play as many instruments as you can – what’s next on your list?
Tash Sultana: I’ve just started playing the violin!

BS: Earliest musical memory?
TS: My grandfather gave me my first guitar when I was three.

Broadsheet: What musical influences do you come together on as a band, and how do you diverge?
Tom Kenny: Kendrick Lamar, Hiatus Kaiyote, Slum Village, Fela Kuti, King Gizz [-ard and the Lizard Wizzards] ... I think Jamie [Canny] listens to a lot of psych and Christian [Ruggiero]'s getting full-tilt into afrobeat; Shannon [Cruz] listens to more turnt hip-hop than the rest of us; Sam [Newman] and I have eclectic, weird flavours-of-the-week; Yann [Vissac] likes his electronica; Blake [Hart]'s a bit of a rock dog; we're all pretty broad though.

BS: What’s in the works for 2017?
TK: We’ll be touring internationally for the first time! We're headed to the US (red tape permitting) to finally witness the cities we've thus far only explored in their violent video game simulacrums. We're knee-deep in album number two and the creative soup is developing a nice umami, so if the rise of global fascism hasn't plunged us into war or outlawed music then we'll be submerged in the writing process for as long as it takes.

BS: Who are you keen to catch on the Laneway line-up?
TK: Tame Impala is a speedball of religious and near-death experience. Nicholas Allbrook – a lord in all respects. Floating Points – I have huge respect for his careful production and I physically need to get close to some Buchla synthesizers. Sampa The Great’s royal presence and unbelievable live arrangements are an inspiration.