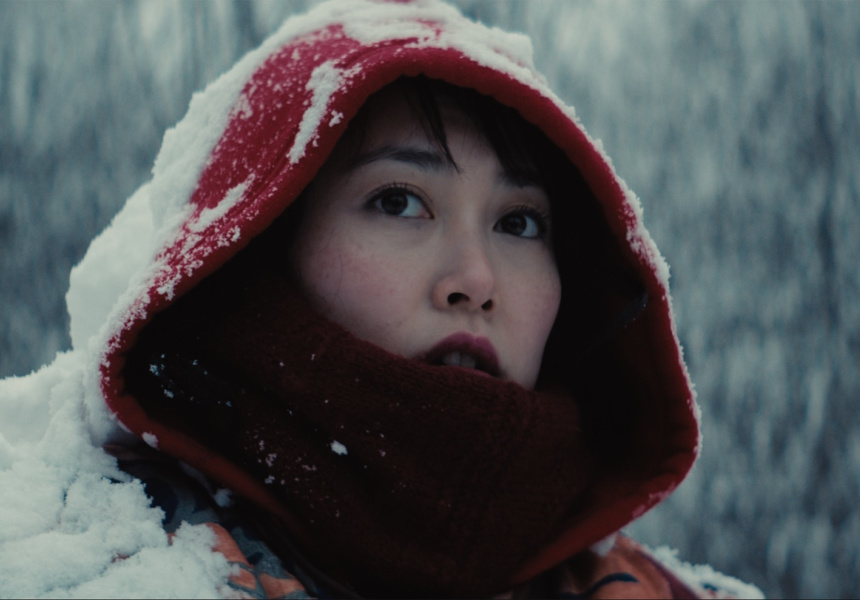 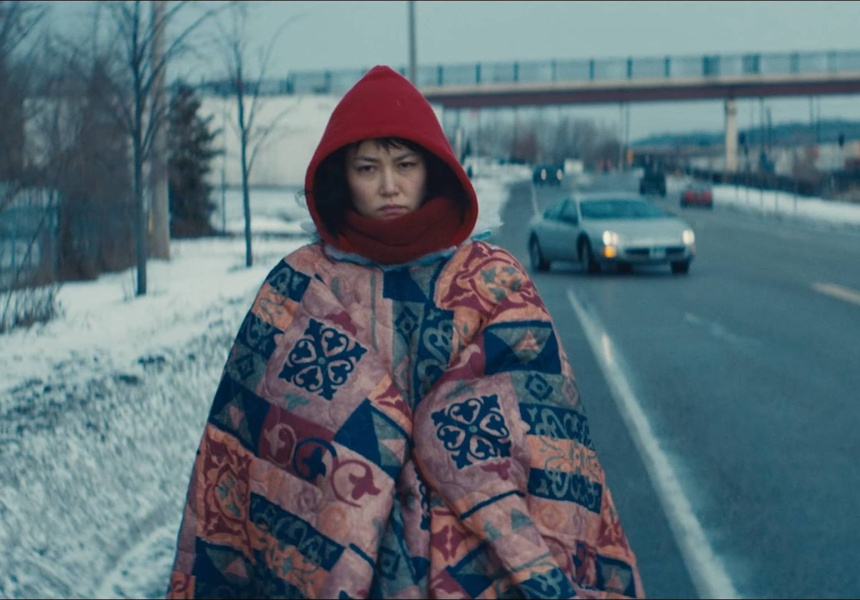 This story begins with an ominous scene on a gravelly, cold beach, where a Japanese woman, Kumiko, stumbles across a wet videotape and takes it home. It’s a fuzzy, warped version of the 1996 film, Fargo. With her nose to the screen, she watches Steve Buscemi’s bloodstained character bury his stolen bounty in the snow. She believes the Coen brothers’ fictional prelude, which promises: “This is a true story”, and is convinced the treasure is real and waiting to be found – by her.

In modern-day Japan, it seems farfetched. But the socially awkward Kumiko, played by the deadpan Rinko Kikuchi (you may remember her from Babel), is already losing her grip on reality. At 29, she is an old maid. She is being squeezed out of her job as an “office lady” to make way for fresh girls. Her overbearing mother calls her only to demand to know why she isn’t married yet. Her nights are spent in her dark, cramped apartment, sharing instant ramen with her only friend: her rabbit, Bunzo, and scribbling clues of the treasure’s location in her notebook.

She is too timid to hold a conversation in the street, and the idea of speaking with another human to borrow a book makes her to flee the library. Yet, she believes she is, “like a Spanish Conquistador”, journeying into strange new worlds to discover riches untold. It is her destiny.

The first half of Kumiko is set in Tokyo; a city churning with activity. She is faced with crowds in the street; commuters sweep her off the train.

The film’s second half begins ominously when she steps off the plane into “The New World”, Minneapolis: a desolate corner of the world at the wrong time of year.

In a digitally connected world, we are rarely exposed to this kind of real, old-fashioned “foreignness” any more – that true despair of misunderstanding. In one scene, a well-meaning Minnesotan cop (played by director, David Zellner) drives Kumiko to a Chinese restaurant in the next town; just to put her face-to-face with another person who cannot comprehend her.

Toeing the line between tragicomedy and magical realism, you will find yourself watching the film like a Magic Eye picture: squint one way and she’s a disturbed woman beyond the point of no return; squint another, and you wonder if maybe there really is treasure.

Like Fargo, the film feels achingly inhospitable – The New World is vast, white and lonely. Dressed like a mythological figure in a stolen motel bedspread and pointed red hood; you can hardly imagine a more suitable backdrop for her descent into fantasy; and ultimately, complete solitude.

To add one final, fascinating layer of mythology, the film is not only in dialogue with the Hollywood thriller, but a real-life twist. In 2001, an office worker from Tokyo was found frozen in the snow in a field in Minnesota. Her death was ruled a suicide, but an urban legend emerged – insinuated largely by the media – that she died searching for the money buried by Steve Buscemi’s character.

Fact and fiction is threaded in a strangely satisfying way in this film; and as you follow Kumiko further along on her bizarre quest, you start to realise the truth is really beside the point.

Kumiko, The Treasure Hunter is showing now in selected cinemas.