This year the festival speaks to the theme “change your mind”, with writers of all stripes – including A Little Life author Hanya Yanagihara, longtime Nick Cave collaborator Warren Ellis, and journalist and Boy Swallows Universe author Trent Dalton – joining the conversation. For the second year in a row, three Indigenous female authors are kicking off Sydney Writers’ Festival (SWF), and hosting its opening-night address. Ali Cobby Eckermann, Jackie Huggins and Nardi Simpson will all talk to this year’s festival theme, Change My Mind, revealing how their own minds have been changed and continue to shift throughout their career. It’s a strong signal of the festival’s intention to place lived experience and dissenting voices above privileged perspectives.

Twelve international authors – three appearing in-person and nine via video link – will join a raft of locals for the literary celebration, which this year is encouraging open minds, open dialogue and open hearts, when fronting up to a world that increasingly feels as though it’s unravelling.

The theme is woven through the festival in both overt and subtle ways. The Change My Mind Storytelling Gala will speak directly to it, with 12 storytellers, including A Little Life author Hanya Yanagihara, children’s book author Morris Gleitzman, poet Jazz Money and award-winning novelist Damon Galgut, sharing stories about times they have changed their minds.

Yanagihara will be one of the three international authors appearing in-person at the festival. As well as speaking in the gala, she’ll also discuss her new centuries-spanning novel To Paradise with SBS news presenter Anton Enus. American author and activist Derecka Purnell will address audiences on the topics unpacked in her book Becoming Abolitionists, while Galgut will discuss his Booker Prize-winning novel The Promise with Miles Franklin winner Michelle de Kretser (Questions of Travel, The Life to Come).

Other international authors will appear via video link. US author and activist Rebecca Solnit will dig into her opulent new book Orwell’s Roses; Booker Prize-winner Julian Barnes will speak about his elegant new tome Elizabeth Finch; Torrey Peters will discuss her hit novel Detransition, Baby; and Pulitzer Prize-winning cartoonist Art Spiegelman will speak about censorship and prejudice in relation to Maus, his non-fiction graphic novel about the Holocaust that was recently banned by a school board in Tennessee.

Australians living abroad will also Zoom into the festival. Musician and longtime Nick Cave collaborator Warren Ellis will meditate on his memoir Nina Simone’s Gum; formidable Sudanese-Australian, London-based writer and social advocate Yassmin Abdel-Magied will launch her upcoming essay collection Talking About a Revolution in discussion with author Bri Lee; and Sydney-born novelist Steve Toltz will beam in from his base in New York to chat his new novel Here Goes Nothing.

Political pundits can get their fix with a live recording of Radio National’s The Party Room with Fran Kelly and Patricia Karvelas; an examination of the theatre of politics led by political reporters Judith Brett and Sean Kelly; and the teams from Schwartz Media’s 7am podcast, The Saturday Paper and The Monthly discussing the days’ news on May 20–22 with leading journalists.

Other events worth bookmarking? Your Favourites’ Favourites sees established writers interview the author of their favourite Australian debut from the past 12 months. Hannah Kent (Burial Rites, The Good People) interviews SJ Norman (Permafrost); Maxine Beneba Clarke (Foreign Soil, The Hate Race) chats with Amani Haydar (The Mother Wound); and Michael Mohammed Ahmad (The Lebs, The Other Half of You) talks with senator Mehreen Faruqi about her memoir Too Migrant, Too Muslim, Too Loud.

There’s also the SWF Debutante Ball – a closing-night party celebrating the Aussie writers whose debut novels got swallowed up in the pandemic news cycle of 2021. And But Not Forgotten sees authors remember departed writers including bell hooks, Joan Didion and Keri Hulme. Plus, a day dedicated to young adult fiction, a series of workshops, and a good slug of free events with writers including Fiona Murphy, Clementine Ford, Damien Cave and Jazz Money.

Like past years, the festival’s hub will be at Carriageworks – but events will be hosted across Sydney, from Casula to Chatswood, Hurstville, Penrith, Sydney Town Hall and Windsor.

The 2022 festival marks artistic director Michael Williams’s last in the role – he joined the festival in 2020 and has been responsible for steering the literary institution through the pandemic. 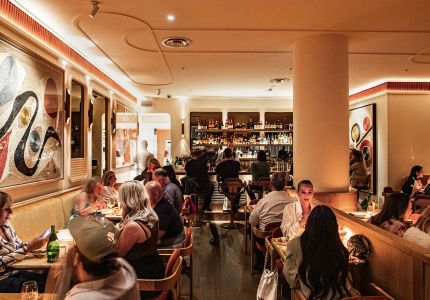 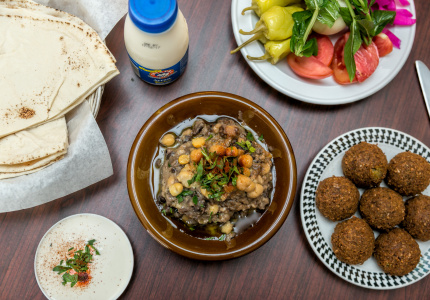