We talk to the woman behind a new website that’s giving up-and-comers a place to meet and be met. 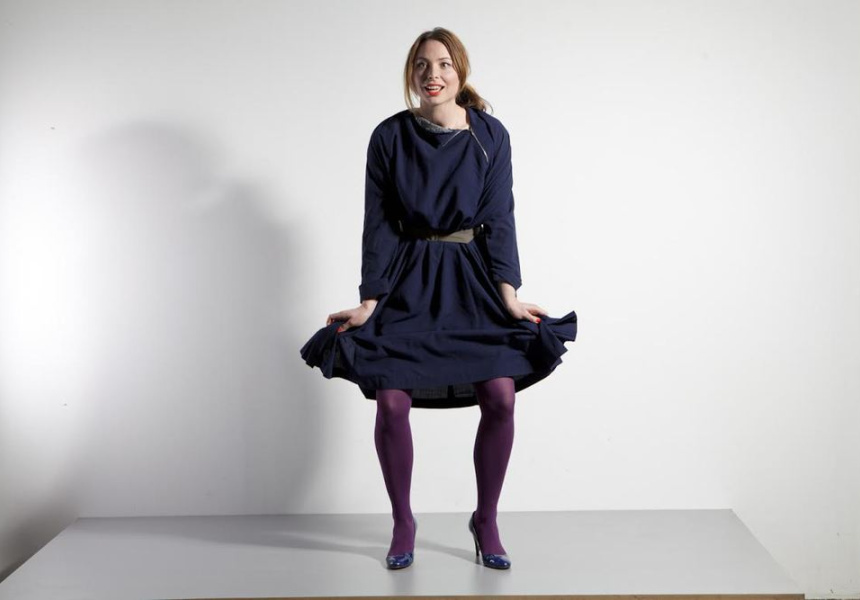 In the age of the DIY career there is a growing demand for tools that help turn bedroom-based projects into businesses. That’s where Sarah Kumar’s new website Just Starting Out comes in. “I’ve always been really enthusiastic about new start-ups and seeing businesses and studios grow from idea to actuality,” says Kumar.

With a background in marketing, Kumar always sought to establish an independent business. When many of her friends began to transition into full-time creative careers the idea for her promotional web platform was born.

A collection of bright young faces beam back at you from Just Starting Out’s home page. These are the featured filmmakers, writers, cooks, jewellery makers and weavers whose dedication to their craft makes them entrepreneurs in their own right. “The individuals are a combination of strangers (now friends) who I had seen at a market, or found over Instagram and friends and friends-of-friends,” says Kumar. Instagram’s pivotal role is discernible in the visually striking work of those featured, from textile designer Leen Braybrook’s woven rainbows to Georgina Lewis’ sculptural homewares. The site also features local initiatives such as the latest profile on Melbourne’s first interactive urban winery, Noisy Ritual, markets and creative submission call-outs.

“Just Starting Out is only four months old itself but it has been fantastic to watch businesses and creatives on the site flourish in this short time frame,” says Kumar. One such individual is Cassie Morris, a food stylist and caterer whose business, Fig and Salt, owes its expansion over recent months to word of mouth. Morris now supplies sweets to Melbourne’s Little Big Sugar Salt and The Common Good and has recently collaborated with Kinfolk magazine, The Brainery Store and The Slow Living Project. Kumar plans to keep a close eye on Morris’ progress, along with that of all other featured projects. These individuals will join the JSO alumni on the website’s blog section where they will provide new content alongside event posts and business tips.

To Kumar’s surprise the benefit of being featured on Just Starting Out is twofold – it not only provides exposure but also fosters a community for start-ups. “As the site grows in popularity it provides a wider reach for the individuals profiled. A really lovely and unexpected outcome has been hearing that the profiled have seen each other on the site and gotten in touch to collaborate.”