Just In: Nick Cave and Warren Ellis Will Perform at the Sydney Opera House in December

The musical legends will be playing their film music with the Sydney Symphony Orchestra and Sydney Philharmonia Choirs. 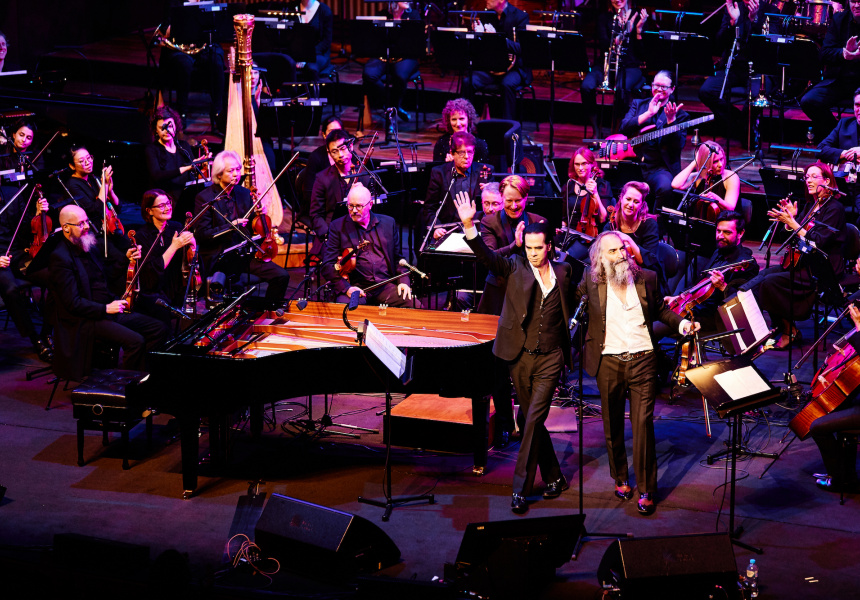 Australian music legends Nick Cave and Warren Ellis will perform their haunting film soundtracks at three shows at the Sydney Opera House in December. The duo, who have been collaborating since the early ’90s, are probably best known for their work in the bands Grinderman and Nick Cave & the Bad Seeds, but they have also composed the music for a number of films in the last 15 years.

Accompanied by the Sydney Symphony Orchestra and the Sydney Philharmonia Choirs, they’ll be performing songs from the gritty 2005 Australian western The Proposition (which was also written by Cave); The Assassination of Jesse James by the Coward Robert Ford (2007); the 2009 film adaptation of Cormac McCarthy’s dystopian novel The Road; and 2016 heist thriller Hell or High Water.

These shows will be some of the last in the Opera House Concert Hall before it closes next year for renovations.

Cave and Ellis – who both grew up in country Victoria – will be accompanied by a full orchestra and a visual backdrop showing scenes from the films they’ve scored. Their work is known for its minimalist, moody tones, haunting beauty, and – sometimes – a sense of dread.

“Very often a tension can happen between music and picture that is about chance and a kind of unknowingness that can be really amazing,” said Cave in a statement. “Just by putting together two things that were created in isolation, music and film, suddenly something quite magical can happen.”

Cave last performed at the Opera House in January, with two solo piano performances and a Q&A. Ellis played at the venue with his instrumental group The Dirty Three as part of this year’s Vivid festival.

The duo played their film scores at the Melbourne International Film Festival in August. “Their music alone is powerful enough for us to project on it our own celestial wastelands,” wrote critic Marcus Teague in the Guardian of the performance. “The privilege of watching them create it at least means for a moment we’re not so alone.”