The executive producer of the world’s most famous podcast talks Serial vigilantes and the post-election mood in the US media. 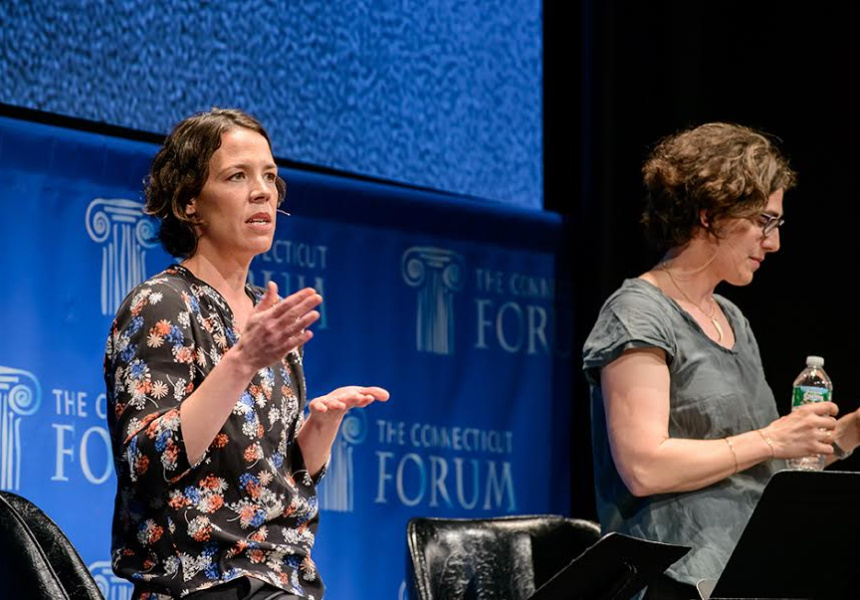 When Serial became the fastest ever podcast to reach five million downloads no one was more surprised than Julie Snyder. “When I went into radio I definitely gave up any notion it would ever be considered popular, or anything above a well-meaning nerdiness,” the executive producer says.

Snyder was a producer for radio show This American Life before applying herself to the long-form, serialised, true-crime story about a 1999 murder that was the subject of Serial’s first season. This month, she’ll be in town as part of BingeFest at the Sydney Opera House to talk specifically about the making of the show that in 2014 single-handedly made podcasting binge-worthy.

Before writing the show the Serial team, all This American Life staffers, spent a full year investigating the story; a unicorn-like luxury in the world of modern journalism.

“We really didn’t know if it would work, if anyone would listen ... we weren’t really sure where we were going,” says Snyder. Ira Glass [host and executive producer of This American Life] showed a tremendous amount of faith and support in this project.”

Serial had real-world consequences Snyder and her colleagues did not anticipate. The podcast’s subject, Adnan Syed – who in 2014 was 15 years into a life sentence for the murder of his then 18-year-old girlfriend, Hae Min Lee – was granted a new trial in June 2016 based on questions Serial raised about the fairness of his original trial.

Other consequences were unsettling. “I didn’t love people taking it into their own hands and doing their own investigations publicly. We didn’t see that coming,” says Snyder. “It was sort of horrifying to see that play out. I still can’t get over what people feel free to speculate about and write about [on the internet] ... without anything to back it up. It was disturbing to me.”

She won’t comment on the timing or topic of Serial season three (season two aired in 2015), but says there will be a “murder spin-off” radio show released in March 2017. It has been in the works for three and a half years.

“What I’m constantly striving for is to not reduce people to caricatures, and to let ambiguity exist and to acknowledge that sometimes good people do bad things,” Snyder says. “To reflect life in all of the funny and sometimes bizarre and sometimes upsetting ways, as it exists. I think the thing we’re always striving for is to let the complicated nature of humans come through.”

Empathy is discussed a lot at This American Life. But Snyder’s not convinced it was the right approach to covering the recent US election. When it comes to US politics, seeing things from the other side’s point of view seems, to her, impossible right now.

“I’ve found, in the almost 20 years I’ve worked at This American Life, a really impenetrable barrier [when it comes to politics]. It’s very difficult to break through preconceived notions people have,” she says. “Even if you’re telling a personal story about one person and their experience, if there is a partisan shade to it, where one side has staked out ground, it’s very hard to get people to hear the story without those preconceived notions colouring it.

“It’s beyond frustrating to me, and I don’t know what to do. Do we keep banging our heads against the wall? Do we try to find new ways to tell stories?”

Either way, she acknowledges the US media needs to do some long-overdue soul searching. But too much introspection and it risks missing the point. Again.

“A lot of people [in the US media] were like, ‘Well, first of all we can’t deny what just happened, which is that we just got our arses handed to us’.

Julie Snyder will appear at the Sydney Opera House as part of BingeFest on Sunday December 18. Tickets are available here.