Jonti: Partying with My Demons

He's playing here for the first time in two years. Beatmaker and sound alchemist Jonti (full name Jonti Danilewitz) – will return to Australia next month, nearly five years since his debut record made his mononym an international talking point.

Jonti has split his last decade between Los Angeles, where he is the first Aussie signed to the label that gave us Madlib, J Dilla and Mayer Hawthorne, and Sydney, where he grew up jamming on the northern beaches.

Broadsheet: The new album is called Toko Rats. What’s that about?

Jonti Danilewitz: A tokoloshe is a South African folklore demon. You have to put bricks under your bed, otherwise they come and steal your ancestors.

BS: Is that a thing?

JD: [Laughs] It really is. You’re not even meant to say it out loud. More so for the black population; it’s a very serious representation of a demon.

I guess I was feeling a bit like a rat at the time and wanted to make it my Lemonade. Make something cool out of it, give it a positive spin. The album’s much more peaceful, though. Lyrically, it’s all about demons, but not the gnarly side of demons, nothing abrasive.

BS: Is this album similar to the last one?

JD: I’ve tried to keep the things I really like about the old stuff, but make it grow and give it more of a context. It all came out of me doing the Avalanches Since I Left You [tribute] concerts. I really liked how the ensemble was sounding, which helped me make a bigger sound.

I would play something that would be inspired by those sessions, and think, ‘Hey, I want this guy to play that part’, or something. So it happened naturally, as did the feature artists. I met Sampa [The Great], she came down here and we jammed on some stuff. Hodgy Beats, we just send stuff back and forth.

BS: And then you ended up on the Wildflower [the new Avalanches] record!

JD: Yeah, I was definitely going with the flow. It was very amazing and even if I wasn’t ready, I’m so appreciative of going through that stuff.

BS: What else do we need to know about the album?

JD: It’s a 15-minute experience. We tried to make it like a classical record, where there’s lots of movement and dynamics. More like Fantasia, or something.

I feel like this is the record that has to encompass everything in my life. It starts on the street I was born in and ends with a song for my brother [Lee], and my dog.

BS: Who gets precedence, Lee [Jonti’s brother, co-founder of Astral People, now works at Sony] or your dog?

BS: You spend a lot of time in Los Angeles. Where’s your favourite place to eat?

JD: There’s a sushi place in Little Tokyo, Sushi Go 55, which I love. It’s really authentic. And this old restaurant in Highland Park, where The Stone’s Throw office is, that’s been there since the ’50s called La Abeja. They just do these greasy enchiladas, with mole sauces, like there’s a chocolate one and a green one, it’s amazing.

BS: Where do you take artists when they’re in Sydney?

JD: I took Peanut Butter Wolf for Mexican and I was really worried about whether it was going to be good! I took him to Guzman y Gomez. He loved it, it was just a different thing.

The only place I can take people here is Nando’s. People love Nando’s so much. Whenever Lee would bring any rappers here, they’d want Nando’s. Peanut Butter Wolf, Nando’s. The Internet guys, Nando’s. They knew about it in advance, maybe from the UK or something. It’s not in the States.

BS: How about record shopping?

JD: Record shopping there is absolutely incredible. Even the street where the Stones Throw office is, there’s three stores that are really good. There’s a big chain called Amoeba, it’s more like a mega-store, like a crazy Westfield of records. But they’re just everywhere and you can find lots of stuff relatively cheap.

It’s one of our favourite pastimes at Stone’s Throw [going record shopping]. Especially with Wolf, he’ll take me to places like South Central, and they’re all different.

Here, I used to hang out a lot at Revolve in Erskenville, and Red Eye, or Egg Records in Newtown. It’s just really expensive; I’ll go with Mo [Macrae, who plays drums with the band] and he’ll get really excited about a Stone’s Throw record for like $50. I’ll be like, ‘Don’t do that! I can get it to you for like, $5!’

BS: Have you ever compared market prices of your own records?

JD:[Laughs] No! But that would be interesting!

Jonti plays 20 Years of Stones Throw as part of RBMA Weekender on September 9. Toko Rats is out early 2017 via Stones Throw.

Jonti will play at the Australian celebration of Stones Throw’s 20th Anniversary for Red Bull Music Academy Weekender on September 9. He’ll release an exclusive seven-inch ahead of the festivities, with LP Toko Rats out early 2017 via Stones Throw. 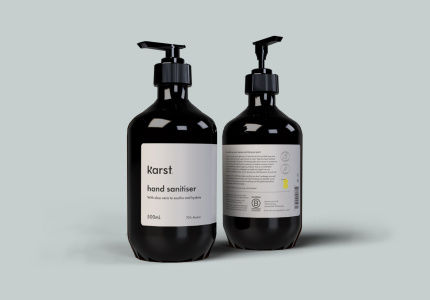