With the world's eyes focused on Israel, it is little wonder that the Israeli Film Festival is getting attention. We spoke to the director Of The Kindergarten Teacher about what makes a film Israeli. 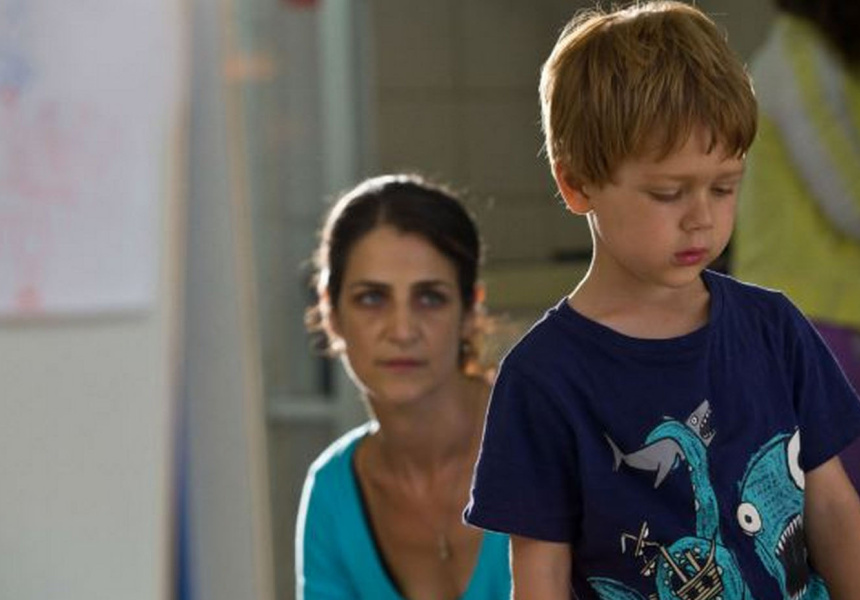 For many years, Israeli filmmakers have used their art to process the turbulence they live amongst. The country has a disproportionately large film industry considering its small population, and Israeli cinema is famed for stark and brutal contrasts and its representation of its beauty. One such film is The Kindergarten Teacher, which has been officially selected for Cannes Critics Week and will be screened as part of the AICE (Australian Israeli Cultural Exchange) Israeli Film Festival. The festival showcases the best and most diverse films from contemporary Israeli cinema.

“It is not the best time in Israel now,” says the film’s director, Nadav Lapid. “There was a ceasefire but it was cancelled. I am OK.” Beginning our interview with an automatic, “how are you?”, Lapid’s to-the-point answer reminds me just how far removed our experience here in Australia is from the situation he and so many in the Middle East live everyday.

Lapid's film, The Kindergarten Teacher, tells the story of Nira, a middle-aged kindergarten teacher and her five-year-old pupil, Yoav. Nira, desperately searching for purpose in her life, discovers Yoav has a gift for poetry well beyond his years. The film follows the pair as Nira attempts to nurture Yoav's ability and bring his gift to the world. The Kindergarten Teacher asks questions about what we see and what we believe. And about our public versus our private lives. “She (Nira) is convinced she has a miracle in a box, and thinks all she has to do is open the box and everyone will see,” Lapid explains. “But really a miracle is in the eye of the observer. If you don't want to see a miracle you never will.”

Throughout The Kindergarten Teacher, we get an overwhelming sense that we’re seeing the film less as an observer and more as a participant. Many of the shots are in close-up, and several times a character makes direct contact with the lens. This, in Lapid's opinion, helps create the tension essential to his story. “The camera tries to create order while the characters defy the camera and defy this order. This creates an inner tension between the predicted and the unpredicted,” he says. “Sometimes the children get too close or are in the side of the frame. For me this tension is really something essential in the film.”

Early on in the process, Lapid decided he didn't want a child who was a professional actor for the role of Yoav, but rather one who exhibited specific qualities. “We wanted someone who had this conscious/unconscious thing about him. A kind of mystery inside him.” The actor playing Yoav was found in a gym class in a small suburb of Tel Aviv. From a non-artistic background, and with no exposure to drama or films, Avi Shnaidman was chosen for his sensitivity and understanding of the character. “When he went to recite the poem, each time he was really curious to know whether [in the storyline] it was the first time he had recited the poem or was he repeating it. So he could create this magical moment when he expressed this poem for the first time, and the sublime moment when a new poem came to him. He had this very sharp observation.”

While the film itself tells personal story about it’s characters, for Lapid, it also tells a distinctly Israeli story. “For me, this film is how I see Israel ... There is no distinction between the personal and the public. I think the story could happen anywhere, but at the same time, there is something in the heart of Israeli society that is this refusal to look at beauty.” Despite saying this, the ever-present beauty in Lapid's film is overwhelmingly Israeli in nature. From his depiction of 20-year-old soldiers partying in an apartment, and his unabashed portrayal of five-year-old children singing nationalist songs, to his warm shots of Tel Aviv at night and the calm stillness of the red sea in Eilat, Lapid overloads the audience’s senses with depictions of physical beauty that run parallel with our interest in Yoav's poetic beauty.