Inside the Sinister World of Competitive Tickling

The director of Tickled tells us about the sinister world of competitive tickling. 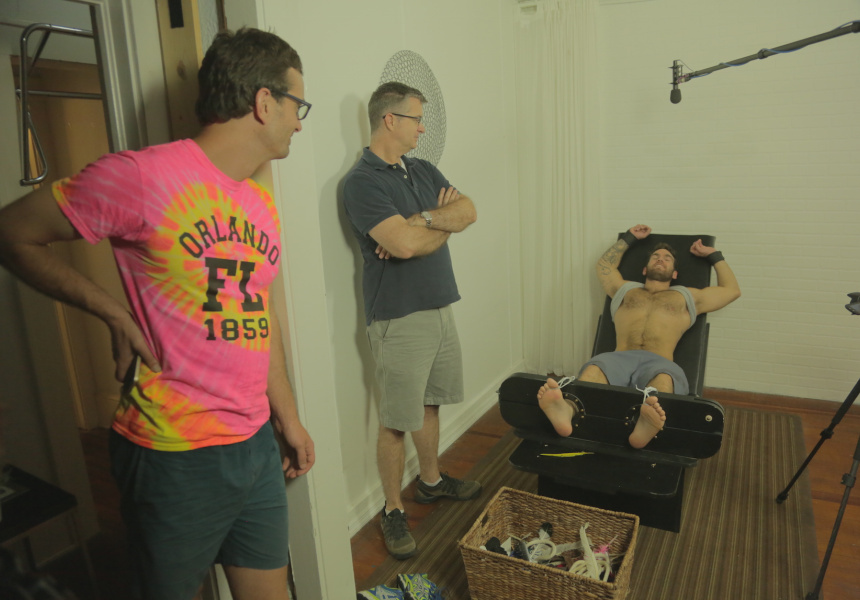 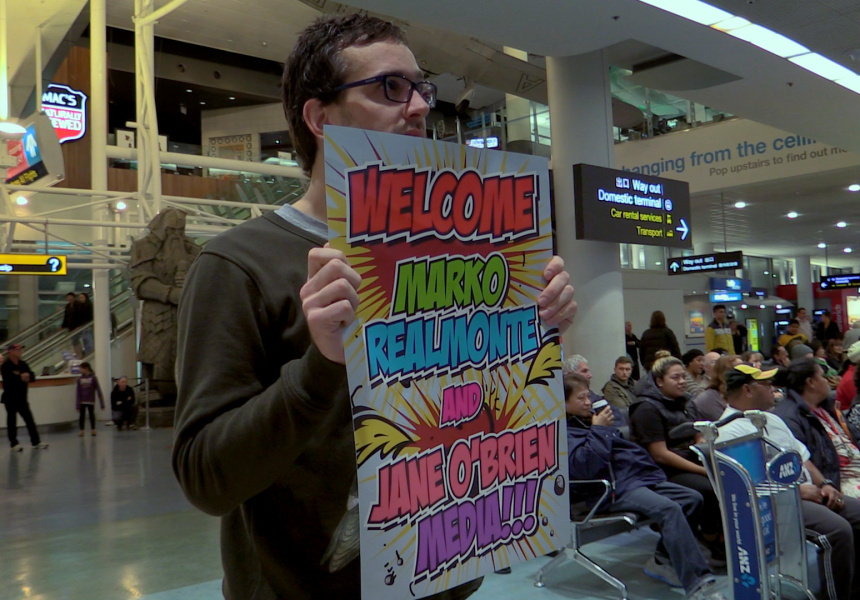 New Zealand journalist David Farrier is known for reporting on left-of-centre things .So when he was sent a video featuring a team of uniformed, athletic young men tickling each other in the name of sport, he started digging. Soon, what should have been a five-minute human-interest story turned into something much bigger.

Tickled’s strengths are the bizarre story it tells and the way the mystery of it all unfolds. So, unfortunately, saying any more heads into spoiler territory. “I want people to go in knowing nothing,” says Farrier.

“It’s a story about power and control and manipulation,” he says. After discovering that once a month six young men are flown into Los Angeles and paid thousands of dollars to take part in this mysterious competition, Farrier, and his friend and collaborator Dylan Reeve, started asking questions. Farrier says things got “darker and darker, and weirder and weirder as we found this story that stretches back 20 years”.

Within weeks of first seeing the tickling video he was sent, Farrier and Reeve received threats and letters from lawyers. The two started posting online about the negative pushback, and public interest grew to the point that they ran a successful Kickstarter campaign that allowed them to gain funding and pursue the story.

Tickled covers the battle between the filmmakers and those central to the sinister tale desperately trying to stop this story from being told – both during filming and after the documentary’s release. Multiple chaotic incidents have occurred at festivals around the world where the film has been screened, including the film’s subjects showing up to start arguments, and trying to illegally obtain the footage.

At this year’s True/False Festival, Farrier was served with two defamation lawsuits. He says at the same festival the police were called to remove private investigators “who had been flown in from New York to try and record the film”.

There is a big push to tear down the film. “There’s a website … videos discrediting us, they’re tweeting and emailing journalists,” Farrier says. “It’s been quite interesting to watch.”

Farrier is still taken aback by how much their final production differed from the film they set out to make.

“I assumed it was going to go somewhere quite dark, but I think the scale of it surprised me,” he says. “It feels like I’ve made a film about Scientology or something much bigger than tickling.”

Public response to the film has been very positive. “It’s been nuts because I knew what we’d made was interesting, and I thought it would do okay, but I didn’t expect it to be selling out,” Farrier says.

This is a documentary with the potential to have a real and immediate impact. The activities that Farrier and Reeve have uncovered are at best ethically dubious, and at worst potentially illegal.

When asked what he’d like to see come of the film, Farrier says he hopes a lot of the bad behaviour will stop. “Whether other people or authorities get involved and start chasing this is yet to be seen – but on a very simplistic level, I hope people think twice before they do a competitive tickling shoot in Los Angeles.”

Tickled is showing in selected cinemas from August 18.