An Inner West Festival of Food, Beer and Footy

With 20 local craft breweries and a Newtown Jets home game steeped in folklore. 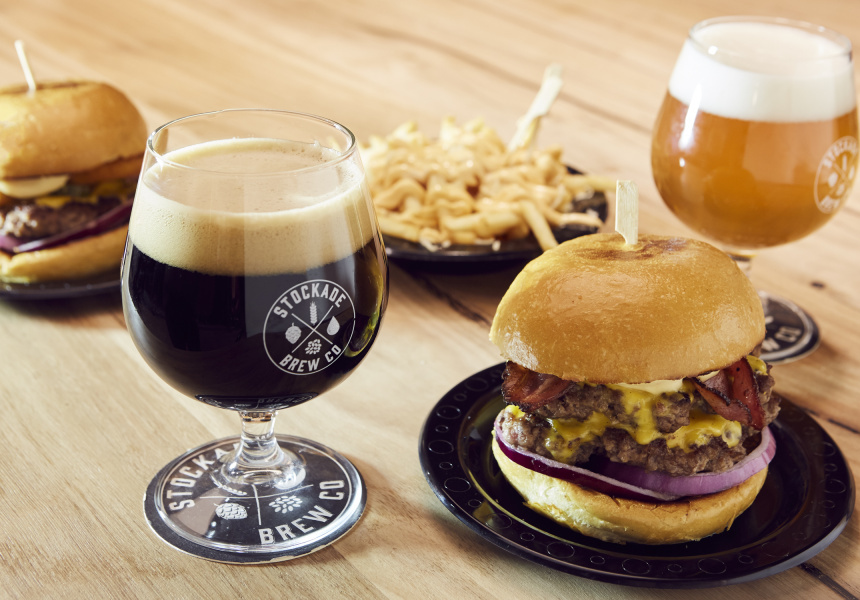 For the third year, the Beer, Footy and Food Festival returns to Marrickville’s Henson Park – an annual event all about bringing back the old-school ritual of inner-west rugby league fans watching the Newtown Jets “from the hill”.

Gig-booking company Music and Booze Co (which books The Lansdowne Hotel, among others) is behind the event (along with the Newtown Jets), created to remind people of the beauty of a Saturday afternoon hanging with the family on a blanket watching a game of footy on the grass – an option that has almost disappeared in Sydney as football grounds become arenas.

“[Music and Booze Co founder] Matt Rule’s nostalgia is what inspired the event,” says Sam Nielson from the Music and Booze Co. Rule has been an influential figure in Sydney’s live-music scene, most specifically when he was owner of the Annandale Hotel, back when it was a renowned live-music venue. “Matt saw the sterility of modern sporting venues and lamented a time when the game was about community identity.”

To attract a crowd, there will be rides, jumping castles, a petting zoo, a slide and face painting, as well as double the food vendors of last year, all pulled from the inner west. There’s Bovine & Swine, Arepa Australia, Burgers By Josh, Soul Burger, The Lord Gladstone, Koi Dessert Bar, Cow & the Moon Gelato and more.

Organisers are hoping this will all attract 8972 punters to watch the Newtown Jets clash with the Penrith Panthers. Why such a very specific number you might ask?

According to “Newtown Jets folklore”, in the 1990s at a miserably wet game, home commentator John Lynch announced a crowd size of 8972. In reality it was less than a hundred, and has become an ongoing joke since then. “Last year’s event, the number of punters was within 3000, which is closer than we’ve ever gotten before,” Lynch told Broadsheet.