The Inner Life of A Disco Icon

What’s it actually like to be a Village Person? We meet Leatherman. 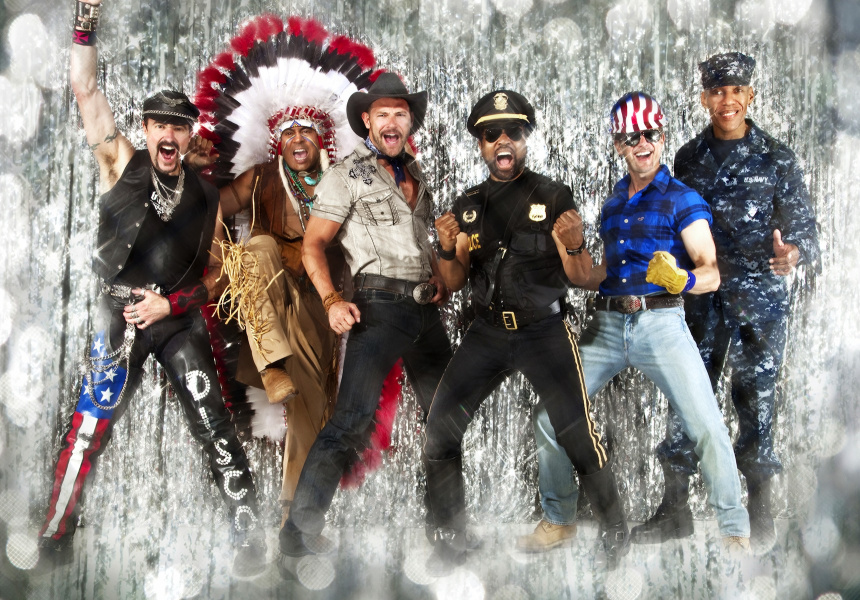 It ain’t easy being a Village Person, particularly when you’re straight, married with kids and an ordained minister. The irony just writes itself.

But for the band’s current, 49-year-old “Leatherman”, Eric Anzalone, all of that’s the least of his worries.

“One time I was at a show and I took my shirt off, with just a leather vest on, and my daughter said, ‘Dad! Nobody wants to see you with your shirt off’!” he says. “There’s nothing better to keep you grounded than having a teenage daughter.”

For a band that made its name during disco’s heyday (and which is responsible for inserting the YMCA into popular discourse), it’s been an interesting role for Anzalone. He was pitching to join Green Day or Blink 182 prior to his inclusion in The Village People in 1995.

“There was an ad in New York’s Village Voice reading: ‘Well-known group looking for singer with a passport’ – I applied and before I knew it I was part of the Village People,” he says.

It’s worth noting that Anzalone, at this point, had just finished a stint as Donatello for the Teenage Mutant Ninja Turtles Coming Out of Their Shells world tour – based on this, as you can imagine, his CV is quite hefty.

He also happens to be one of two ordained ministers with the non-denominational Universal Live Church in the band (if you ever wanted to get married at a Village People show).

But, for an ostensibly straight man who’s a member of a band who rose during the first wave of openly queer music, his relation to gay leather culture isn’t as much of a contradiction as it sounds.

In 1980s Los Angeles Anzalone was the front man for heavy-metal band PARADIGM, which led to him being a guitarist for British power-punk quartet, SiR – roles which require a brand of masculinity not too dissimilar to that of queer, leather culture.

“Leather and chains were nothing new to me … well, besides throwing in some spandex to make it work.

“When I took the place of Glenn [Hughes], I understood that the Leatherman represented a particular culture, but I wanted to bring to it my own energy,” he says.

Hughes was the Village’s People’s original Leatherman, joining the band in 1977. Anzalone affectionately refers to him as his “sleaze coach”. While something like this can be laughed at today, the genesis of Leatherman meant something altogether different in the band’s early years.

The Village People adopted queer iconography and made queer agency one of its focal points. Each band member crystallised facets of openly queer communities of 1970s New York.

For Hughes, and by extension, for Anzalone, this translated to creating a persona that defines itself as separate from the heterosexual mainstream. It’s almost funny to think that now, 38 years later, this idea has almost been flipped, and that people of all backgrounds still celebrate the enduring pop of the Village People.

“Being in a group that’s been around for so long, well, we’re blessed to still be able to play to an audience, and we’re never going to take that for granted,” he says.

“When you’re in a group that’s crossed decades, when you’re getting intergenerational audiences, it really is so cool to get out there and see the full spectrum – religions, sexual preference, races, ages, whatever. It just makes you smile and reminds you that music is a language we all speak. It’s one of those human things that will never change.”

The Village People will play at Golden Plains on March 7, 2015.