In 2015 Sydney Fringe Festival is coming out from underground. 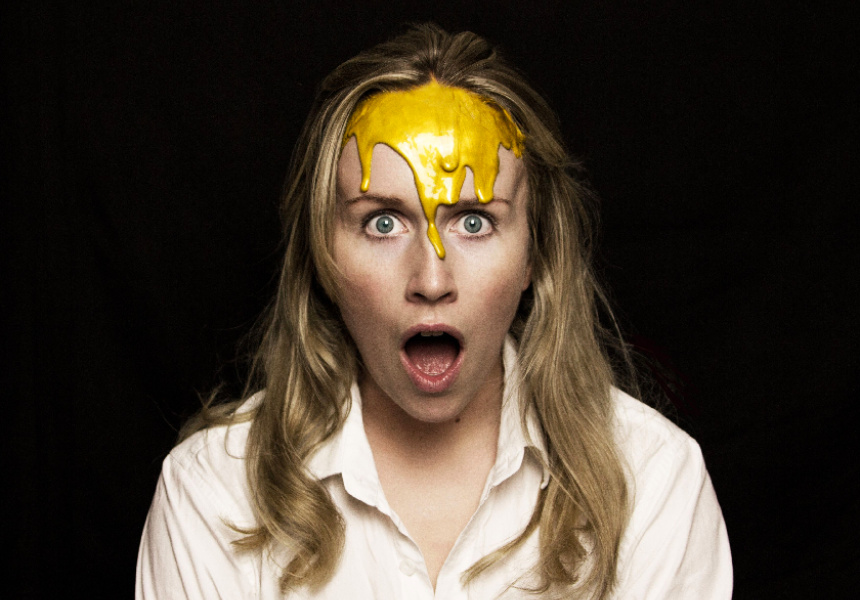 The organisers of this year’s Sydney Fringe Festival, which starts in September, have revealed a sneak peek at the line-up. In its sixth year, Sydney Fringe is all about taking over public spaces and inviting the public to share with artists in making art.

“Last year was about inviting people under. This year we’re inviting them to come out, and we’re inviting independent artists to come out of their spaces,” says festival director Kerri Glasscock, who is directing the festival for the second year.

The festival will present 300 productions across 50 venues spread out between five cultural villages – Newtown, Erskineville, Marrickville, Redfern and Surry Hills – and include many of the surrounding suburbs as well.

Venues range from the streets to theatre shows in a hairdressing salon and a masquerade horror installation in a warehouse.

“With venues closing in Sydney every day, we’re having to literally build spaces to house our artists,” Glasscock says.

Unlike other fringe festivals such as Edinburgh and Adelaide festivals, Sydney Fringe Festival is a stand-alone event. It exists to highlight and nurture Sydney’s burgeoning independent arts sector.

“To us ‘independent’ means professional artists who work and live in Sydney and are independent – not funded – but are the beating heart of cultural life in Sydney,” Glasscock says. “In Sydney, we are very focussed on the harbourside, big end of town. We help independents make a louder noise than they usually can, and ask audiences to visit venues they might not normally visit. For us, fringe or independent isn’t of less quality, they’re the artists who often appear on main stages but these are the works close to their heart.”

The month-long event begins on September 1 and will offer talks, performances, comedy and music. The Fringe Ignite opening-night party on September 5 has an impressive array of performances presented in the 1920s speakeasy lounge and prohibition-themed gin bar (otherwise known as the Erskineville Town Hall).

The closing event will be as quiet as the opening is loud, with the long-awaited Silent Dinner Party taking over Marrickville Town Hall, led by internationally renowned performance artist Honi Ryan. Local chefs will treat diners to a feast, all the while asking them not to speak, read or write to communicate with fellow diners.

“I’m really excited about this, it really sums up what this festival is all about – it’s not just performing arts, it’s people actively participating in a work of art,” Glasscock says. “It asks us to communicate with people who are essentially strangers, pulling people together who make great food and great drinks and highlighting great artisans from our community.”

The Sydney Fringe Festival program will be announced August 1. The festival runs from September 1–30.