Keith Urban, Dame Edna and Tina Arena will all be performing. 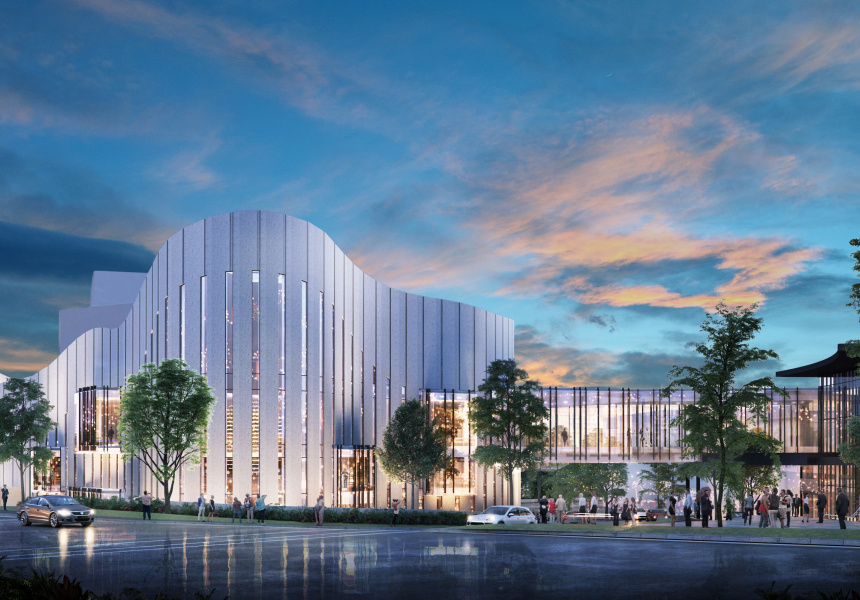 The opening of Western Sydney’s lavish $100 million Coliseum is creeping closer, with a launch date slated for December. The complex – which will have a 2000-seat theatre and seven bars – is part of the enormous West HQ development, which incorporates the Rooty Hill RSL, hotels, and a gymnastics and aquatic centre.

It’s just announced its opening week program (which runs from December 12 to 21), with a series of world-class Australian performers taking to the stage. Country-music star Keith Urban will headline the official grand opening performance on December 21, joined by a number of yet-to-be-announced guest stars. His performance will be a one-off show created especially for the launch event.

A stellar Aussie line-up will warm up the venue for Urban in the days before the grand opening: The Sydney Symphony Orchestra will break in the stage on December 12 and 13, joined by TV host and swing star David Campbell; internationally acclaimed singer Tina Arena will perform on December 14 and 15; Dame Edna Everage (Barry Humphries) will be dragged out of retirement, bringing her famous rhinestone-studded glasses, purple-wash hair and wry humour to Rooty Hill on December 18 and 19; and roots musician John Butler will perform on December 20.

The Coliseum will be the largest performing arts centre in Western Sydney, and has been funded with profits from Rooty Hill RSL’s gaming floor. The RSL’s chief executive Richard Errington has forecast that the club’s reliance on gambling revenue will have dropped to 50 per cent by the end of the Coliseum’s first year of trade.

Not only will the development be ground zero for Western Sydney’s performing arts scene, but it’s also shaping up to be a top-notch dining destination. Veteran Italian chef Stefano Manfredi will soon open an Italian diner called Pizzaperta, which will be joined by a new concept from China Doll and a steakhouse from Sean Connolly (Gosford’s Bon Pavilion, The Morrison Bar and Oyster Room).

The Sydney Coliseum is slated to open in December 2019.