On the eve of Cat Power’s 20th anniversary performance of Moon Pix at Vivid Sydney, we meet the Melbourne man who had an accidental hand in its creation. 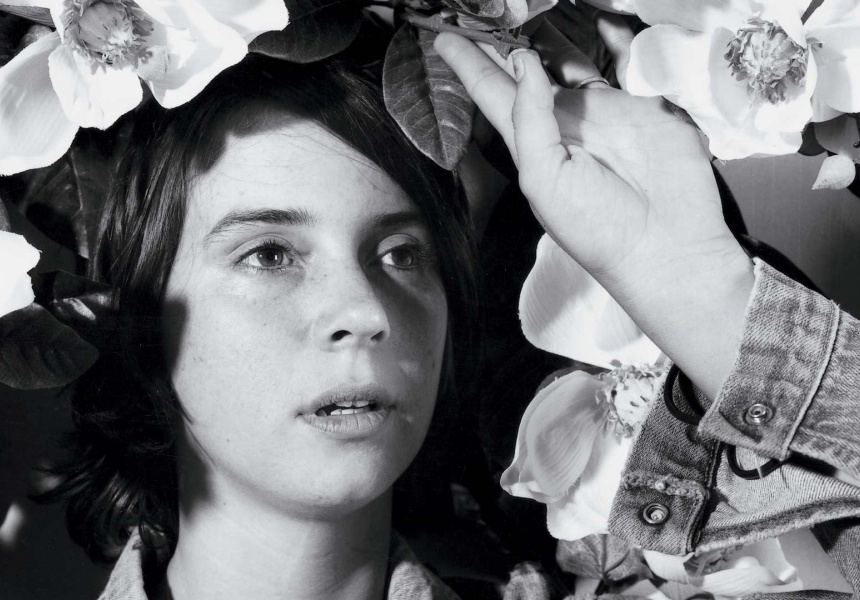 In late 1997 Melbourne sound engineer Matt Voigt was working as an assistant at Melbourne’s Sing Sing studios when he received a call asking if he’d come in to record an American artist he’d never heard of. Over the following five days he’d record, produce and mix Moon Pix, a landmark record for Chan Marshall – aka Cat Power – one of the era’s most compelling and awkward then-rising stars.

In 2004 I met Voigt in a Melbourne recording studio and heard snippets of the unlikely scenario. Not long after, I drove to his house and planted a voice recorder down to hear the full story of how it came to pass. Our chat was printed in the 2006 edition of the now defunct Mess+Noise magazine.

Twenty years after that brief recording session, Marshall is back in Australia to play a 20th-anniversary celebration of the record at the Sydney Opera House as part of Vivid Live. Here is a version of that original interview, lightly edited and condensed for clarity.

How did you come to record Cat Power?
Matt Voigt: The day before New Year’s Eve I got a phone call in the afternoon from the studio. They said “This American lady popped in and wants to do an album. Can you start work on New Year’s Day?” I said: “Fuck no, not on New Year’s Day. Let’s do it the next day.”

So we organised to start on the second of January. I’d worked at Sing Sing for six or seven years, just as one of their in-house guys. I knew nothing of Cat Power except she wanted to record on New Year’s Day and that was out of the question.

I turned up and met Chan. She got her guitar out, I said, “Okay, let’s set a mic up. What do you wanna do?” And we just started recording.

How did she come to be at Sing Sing in Melbourne on New Years Day?
MV: I found out later she got a record company advance and was travelling. And I think she spent a lot of the money on her travels. She ended up in Australia because she was friends with The Dirty Three and then realised, “Oh my God, I’ve got to provide the record label [Matador] with an album. What am I ‘gonna do?” So she turned up at Sing Sing and was, you know, “Give me four or five days, I need to do this album”. And [Australian band] The Dirty Three were going to help her out.

How did the first few days go?
MV: She came in and said, “I want a backwards drum beat.” She had a Beastie Boys CD or something like that in her bag. I can’t remember which song it was but we got one of the drum beats and flipped it backwards. Cut it up and put a beat in there, just some random thing. She goes, “Oh that’s cool” and started recording American Flag on top of that. Playing and singing at the same time. It was very loose but I think that was part of the charm.

We had a little amp in one room, her sitting in another room with a microphone and playing and singing at the same time. And it just sounded beautiful. She sang and it was like “Oh my God.” She’s got a creamy voice.

What was your impression of her as a person?
MV: She was fine, a lovely lady. Very emotional. We would do takes and she’d start crying in the middle of a take. Then she’d say “Stop, stop, I’m sorry, I’m sorry”. And I’m like, “It sounded great!”

What was she crying about?
MV: I don’t know. I think she was very hard on herself. I mean, with her voice you hear all the emotion she puts in to her singing. She feels it a lot. But I didn’t intrude. It’s who she is and that’s fantastic, I’m recording it and I’m here to make her happy and that’s it.

Did The Dirty Three come in after she’d done her parts?
MV: I think they came in on the second day. Chan laid down some guitars and vocals and then Jim [White, The Dirty Three drummer] came in and did some drums on top of those. There were another two songs where she did it live with Jim and Mick [Turner, The Dirty Three guitarist] and we got a bass player [Andrew Entsch] in playing double bass. We did two songs live that way and they were great. All easy guys to get along with, just in and out.

Were they supporting her, in a way?
MV: Jim did help her a lot in organising the whole thing. He introduced her to the studio, I think they did a whole lot of demos down at Jim’s house in his bathroom before they came in. And on one of the songs, Peking Saint, he suggested some parts and song structure. But it was all Chan.

BS: On Crossbones Style…
MV: That was a funny one. She recorded the guitars for that first but didn’t play to a click [metronome]. She wanted Jim to come in and play drums on top [but the tempo kept moving around], so Jim just had to follow her as best he could. So sometimes there were bits where he’d go slightly out of time.

So though it came about because of a mistake, it ends up making the song sound quite… Charming. Yeah.

Moon Pix was really Cat Power’s breakthrough record and that song and that video were one of the reason’s why. At what point did you come to understand, if at all, her background?
MV: Towards the end of the session we had a conversation about where she wrote the songs and what certain ones were about. She said she had just been in Mexico. She’d found inspiration and had written pretty much most of the album there in a week. At least that was my understanding. She said some of the songs are about her, say, meeting God. And will God let her into heaven.

Did you follow the album once it came out?
MV: It was such a whirlwind five days and then the album was whisked away. She disappeared and went back to New York and I think I was a bit nervous. I didn’t have any copies of the mixes I did for myself. And I thought, “Oh God I don’t know what it’s going to sound like.” Afterwards Matador sent me a couple of copies and I loved it. Thought it sounded great.

Have you paid her much attention since?
MV: I’ve seen her a few times in concert. I really love her in concert. I saw her in New York, I happened to be over there and she was playing a gig. I was lucky enough to drop my name at the door cause it was a sold-out performance, and someone spoke to her and let me in which was nice. I caught up with her backstage.

How was the show?
MV: It was great. Classic Cat Power, a room packed full of people really silent and ready to hear what she had to say. I think she stopped one or two songs and started again but, y’know, it’s a moment in time and it’s a performance where she captures her feelings and expressions, and that’s that.

What did you learn from the experience?
That it’s not about me, it’s about the artist. And I kind of learnt to not be too hard on myself. ‘Cause I could see her being hard on herself and it was unnecessary ‘cause it was great. And we all tend to be a bit hard and down on ourselves sometimes and you’ve just ‘gotta try not to be. Because chances are you’re not so bad.

This article originally appeared in the 2006 print edition of Mess+Noise magazine. Cat Power plays Moon Pix at Vivid Live on May 31. Finding Beauty in the Seedy and Mundane