It took three years and 4.96 million YouTube views – plus final approval of one of the songs from Jonny Greenwood himself. 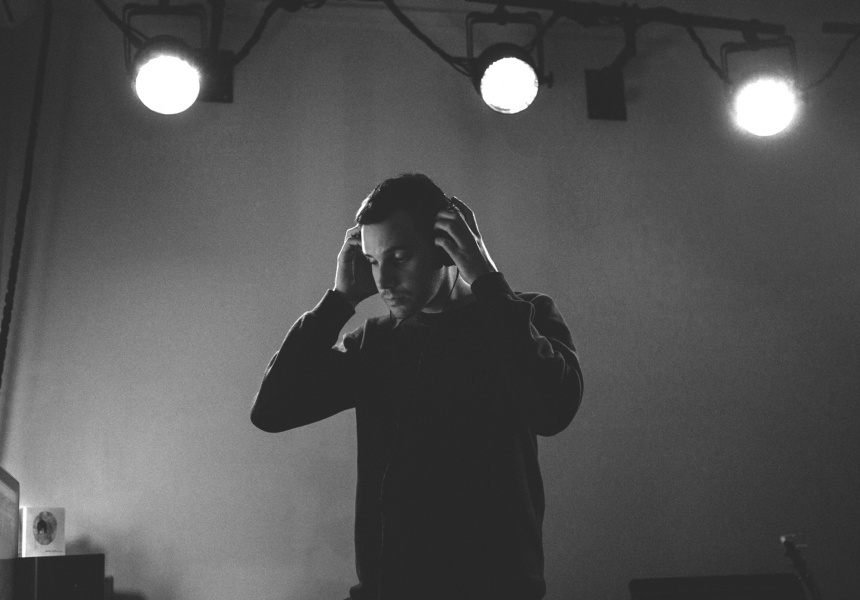 Photography: Courtesy of the artist
1/5
by Callum McDermott
Share

Radiohead’s Paranoid Android is an iconic, sardonic slice of ’90s rock. Running for six-and-a-half minutes, it’s already long for a lead single (from seminal 1997 album OK Computer), but Melbourne pianist Josh Cohen’s rendition takes it even further, clocking in at a crazy 16 minutes. With over 750,000 views on YouTube, it’s one of the most popular covers of the song on the platform.

It’s also included in Cohen’s songbook Radiohead for Solo Piano – the first of its kind officially endorsed by the band – which was released in August this year. In the book, Cohen’s version is 22 pages long.

“Me, three minutes into the song: ‘WTF this isn’t Paranoid Android’.”

“Me, eight minutes into the song: ‘WTF this is the best version of Paranoid Android I’ve ever heard’.”

The song starts with a lengthy introduction that’s pleasant, but bears little resemblance to the original track – you’ll find yourself wondering if you’re even listening to a Radiohead cover. Three minutes in, some familiar notes lull you into a false sense of security, until Cohen pulls the rug out at the eight-minute mark with a lengthy musical off-road. He then brings the song back for a thrilling and heartfelt close. Other songs on Radiohead for Solo Piano hew more faithfully to the original versions, but still feel like pure Radiohead: subtly orchestral; beautiful but unsettled.

Cohen’s YouTube success was part skill and part chance. He started piano lessons at the age of seven and got his first digital piano at 13; completed music degrees in jazz and improvisation; and founded his own school – (The Josh Cohen School of Music). He began uploading piano covers to his YouTube channel in 2016 to promote the school, but it was when Radiohead released its new album A Moon Shaped Pool that year that things went into overdrive. It was a Saturday morning in Australia when the band released the album’s second single, Daydreaming.

“I woke up to text messages flying left, right and centre from my friends telling me that Radiohead had just released a new track,” Cohen tells Broadsheet. “And it was just so piano-y.

“I rocked up to the school, learned it by ear within half an hour and was the first person to put a decent cover online. I struck while the iron was hot and the timing was immaculate.”

He posted his video to the small but intensely passionate Radiohead community on Reddit, which shared the video around. Before long it had hundreds of thousands of views. Cohen subsequently decided to focus the channel almost exclusively on Radiohead covers. It now has over 71,000 subscribers, and the Radiohead covers combined have accrued almost five million views.

With requests pouring in from around the world for the sheet music to his by-ear renditions, Cohen could see the need for a book. But getting the book to the printing press took three arduous years.

Self-publishing was a legal quagmire. And American publishers said no. Ditto for companies in the UK. The project eventually landed with the publisher of Radiohead’s “album-matching” songbooks, Faber Music. Initially Faber wasn’t interested, but Cohen’s YouTube numbers sealed the deal with one condition: if this was going to be an official Radiohead release, the cover art had to come from the band’s long-time artist Stanley Donwood, who has created all of its artwork since 1994 (including the iconic album covers for OK Computer and In Rainbows).

Cohen ran into one last problem putting together Radiohead for Solo Piano. When arranging and transcribing his version of Videotape – the sullen but anthemic track which closes In Rainbows (2007) – he discovered an issue. Every piece of sheet music for the song instructs the pianist to play the first four chords of the song on top of the first four beats of the song, which was contrary to Cohen’s research.

“So I wrote it out in the way that, in my opinion, the band was feeling it,” says Cohen.

“I got an email about an hour later from my editor with the subject line ‘This will please you’, which said, ‘Just spoken to Jonny. Said Josh was right, it should be done the way that he’s done it, not the way that you guys have done it’,” says Cohen.

“Every single version that’s ever been published has Videotape the other way, and this is the first time it’s ever been done properly … that was probably my proudest moment.”

Radiohead for Solo Piano is available to purchase here.