How To Be More Sustainable This Festival Season

And which festivals are serious about being green. 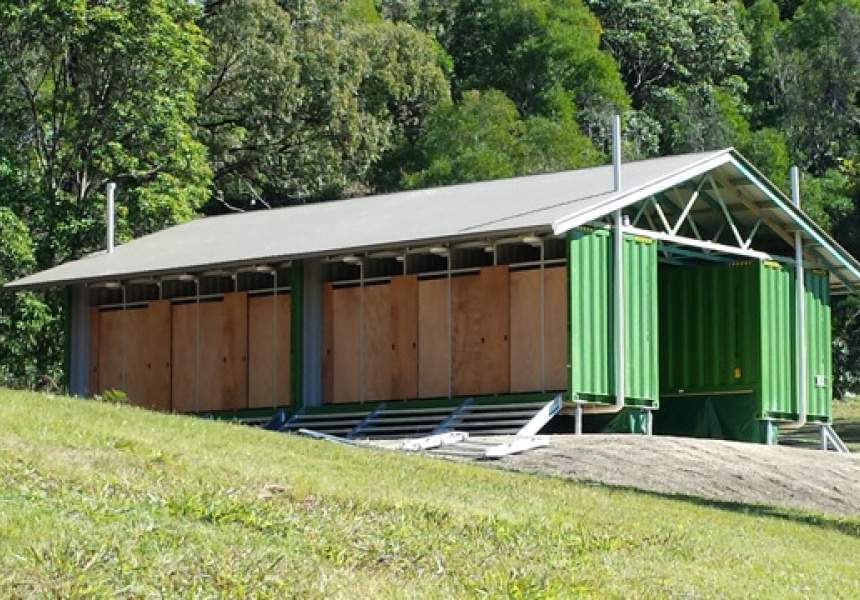 Broken tents strewn across the campground, plastic bottles poking out of poorly made garbage bags, miscellaneous wrappers carpeting the grass – this is the post-festival environment and it ain’t pretty.

This summer, Australia will host numerous large-scale music festivals and tens of thousands of people from across the country will attend. While this means top-tier music acts and good times, it also means an enormous amount of waste generated by patrons and suppliers alike. Some of those involved in local festivals are committed to cleaning up their act this summer. Here’s how you can too.

Go Green
Most Australian music festivals have begun work on their sustainability policies. Victoria’s Meredith Music Festival and Golden Plains have permanent composting toilet systems onsite, and everything sold or used at each food stall can be recycled or composted. Splendour in the Grass and Falls Festival offer carbon offset tickets, which work by you paying an additional few dollars to invest in climate-friendly projects decided by the festival to offset your travel to the event.

The Byron Bay Surf Festival has committed to be entirely plastic-waste free this year and St. Jerome’s Laneway in Sydney offers a fully staffed cycle valet service, encouraging attendees to get to the festival by bike.

North Byron Parklands, which is home to festivals like Splendour and Falls, has worked hard to create a wholly sustainable space for arts and music events. General manager Mat Morris explains. “Parklands works very closely with both Splendour in the Grass and Falls Festival to ensure there’s a strong, joint commitment to environmental best practices at these events. We’re also committed to increasing the ecological value of our beautiful venue through rigorous fauna and flora monitoring and a habitat restoration program that has seen thousands of native trees planted in previously degraded parts of the site."

Parklands is home to 246 dry-composting toilets and 192 gas-fired, low-flow showers with all grey water treated onsite. They also offer green tent options including Camp Little (Foot)Print, where punters sign a pledge to have as little environmental impact as possible in return for the best camping spots on the site. Festivalgoers can also refill their water bottles from rainwater harvested from the roofs of various structures across the venue.

“We also get patrons to plant trees during the events and this has always been hugely successful. More than 5000 endemic trees have been planted by Splendour in the Grass and Falls Festival patrons which is a really positive activity to undertake while also enjoying the festival,” says Morris.

Clean Up Your Act (Literally)
Three-seater couches, portable stereo systems … it's amazing the stuff that people bring to camping festivals only to leave behind. Natalie Woods and Daniel Smith started Clean Coast Collective in 2014, an initiative that unites groups of people in large-scale clean-up expeditions in coastal locations. They will be hosting several events this summer.

“We started CCC as a way to give back to our oceans through organised beach clean-ups but also as a vehicle to capture the attention of people who wouldn't ordinarily be interested in environmental issues. Our aim is to show people that we can make simple and easy changes to our lifestyles that will protect our oceans for the long term,” says Smith. This year they worked with Stone & Wood Brewing Company on Festival of the Stone (FOTS) Tour integrating clean-ups into their brewery events.

Stone & Wood has a company-wide program that ensures all parts of their business engage in sustainable initiatives. This summer they will be sending all spent grain to local cattle farms, and spent yeast will be composted and used in the local region. “The peak summer sun hitting our 100-kilowatt solar-powered system will provide us with 15 to 25 per cent of our electricity requirements throughout this period too,” says James Perrin, Stone & Wood sustainability manager.

Stone & Wood has also made its own split-stream recycling bins to load up the truck and taking to partnering festivals this summer.

BYO
Buying or renting quality camping goods that you can use festival after festival is an important step in minimising your impact. Companies such as CAMPNOW make it super easy to hire all the gear you would need for camping, and instead of carting around a cheap doona, stay warm in the evenings with a recycled wool blanket from Seljak.

Retailers such as Homecamp offer high-quality, reusable camping goods including insulated drink flasks and camp cutlery, neatly organised in a canvas roll. “We created Homecamp as an antidote to low-quality gear that inevitably ends up as landfill. We want to provide products which are well designed, useful and a pleasure to own, encouraging the idea of conscious consumption,” says Homecamp director Doron Francis. The retailer is also donating 10 per cent of all tent sales to Clean Coast Collective’s projects this summer. “CCC is promoting the sort of simple grassroots activism that inspires people into action. It’s shocking when you see first-hand the waste (mainly plastic and other non-biodegradable materials) that is left behind at festivals. We are asking that people to think carefully about what they buy and take to festivals and where it eventually ends up,” Francis says.

Things that make good environmental sense:
1. Carpool to the festival. 2. Take a reusable drink bottle. 3. Invest in a good tent that can be used for years to come. 4. Minimise the number of plastic items you need – instead of buying 24 plastic water bottles for the festival buy a 15L drum and share it among your campsite. 5. Take part in a clean-up initiative.