And a lot of people are not stoked about it. 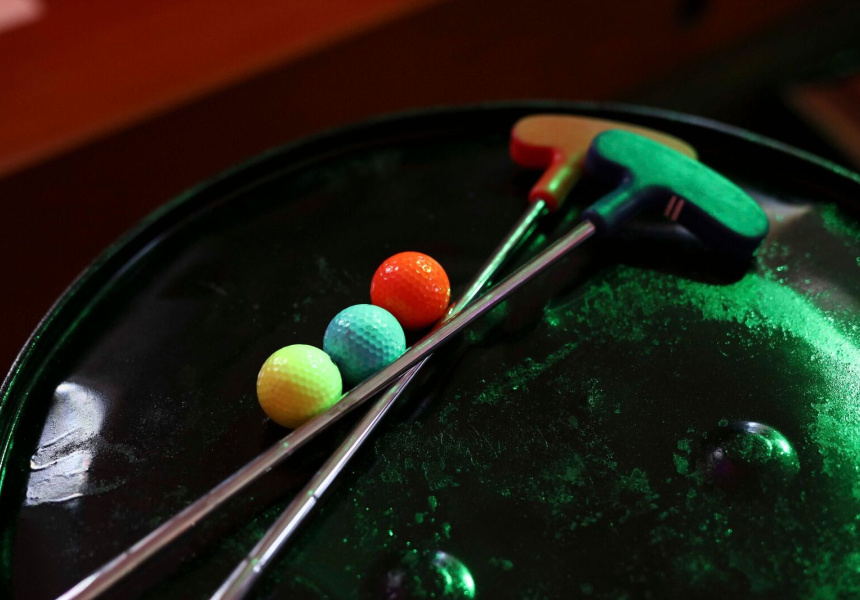 In January Newtown Social Club announced, via Facebook, it would close on April 23. The live music venue explains: “The current regulatory climate in Sydney, and the inherent challenges therein, have made [the Newtown Social Club] unsustainable.” The news distressed Sydneysiders, many of whom have said NSC is their favourite live-music venue in Sydney.

When it opened in 2014, out of respect for the site’s history, Newtown Social Club left the Sandringham’s badge on the building’s facade, and incorporated its old tiles into the new design.

When asked if Holey Moley would do the same, Maria Griffin, sales and market manger of FunLab (the company that owns Holey Moley and Strike Bowling) says, “We love this building and our mission will be to ensure we respect it while still bringing the Holey Moley brand to life.

“We’re very conscious that Newtown Social Club has been an absolute cornerstone to the Sydney live-music industry and we are not saying Holey Moley can replace that when it comes to live music, but we do intend to respect the importance of live music in the community and will work to include and amplify it,” says Griffin.

“At this stage, we are thinking monthly live-music nights, comps for local artists to come play and local DJ sets every weekend.”

Minigolf might be fun, but it’s sad to know drinking cocktails while hitting small balls around is more viable in this city than excellently curated live music.