Good News, Theatre-Lovers: Sydney Theatre Company Is Returning to the Stage in November 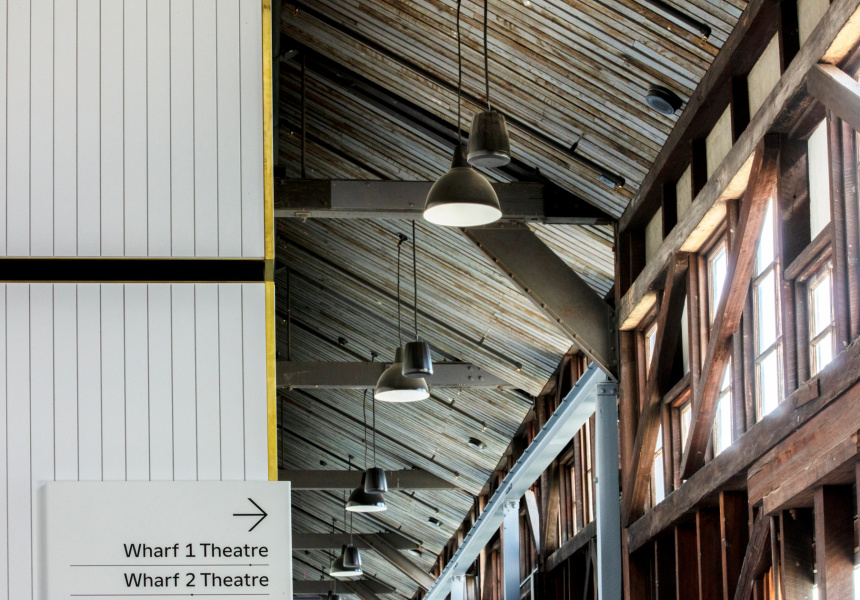 It’s been a difficult couple of years for Sydney’s theatres, with lockdowns, ongoing capacity restrictions and productions postponed or cancelled altogether, thanks to the swings and roundabouts of Covid spikes. But now Sydney Theatre Company has announced the final two productions of its 2021 season – Julius Caesar and Death of a Salesman – will show this year.

Julius Caesar – Shakespeare’s ruthless dissection of corruption and power – will run from November 15. Directed by Sydney Theatre Company’s artistic director Kip Williams, it stars Geraldine Hakewill (The Real Thing), Ewen Leslie (Rosencrantz and Guildenstern Are Dead) and Zahra Newman (Cat on a Hot Tin Roof). It’ll be performed in the round, surrounded by the audience, making it the first STC production to embrace The Wharf Theatres’ new, flexible configuration, following renovations completed earlier this year.

And modern tragedy Death of a Salesman is set to return from December 3. Arthur Miller’s mid-20th century play set in New York depicts the breakdown of capitalism and the American Dream from the perspective of protagonist Willy Loman. In this production it’s directed by STC associate director Paige Rattray and stars Jacek Koman as Loman (Wayne Blair was originally slated to play the lead role, but due to the performance’s altered schedule he is now unable to do so).

It’s not all good news: between June, when lockdown restrictions were introduced in Greater Sydney, and November, when the theatre is set to reopen, 335 STC performances across nine productions – including The Picture of Dorian Gray, Triple X and The 7 Stages of Grieving – will have been cancelled. That’s a $10.5 million loss in box-office revenue.

And of course, restrictions will apply. Both performances will initially run for audiences at 75 per cent capacity. Masks will be mandatory, and everyone – the audience, staff, cast and crew – must be fully vaccinated. Back in March, the company was the first live-performance venue in the state to return to full capacity.

Julius Caesar will run from November 15 to December 23 at Wharf 1 Theatre. Death of a Salesman runs from December 3 to 22. Tickets for both go on sale on October 11.