One of Sydney’s oldest pubs is trying to change its image. 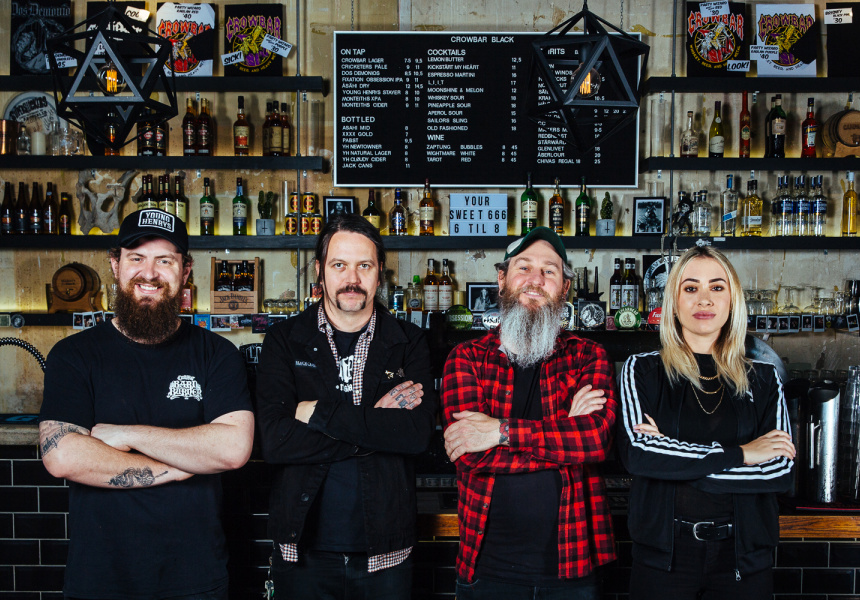 The Bald Faced Stag is about to get a new lease on life with Brisbane music venue Crowbar planning to move in by December.

Bands such as the Dead Letter Circus and Dillinger Escape Plan once graced the stage of the Leichhardt venue, but it recently came under fire for reportedly failing to pay bands, musicians and suppliers.

“We want to rebuild the community. With The Stag’s history people may be hesitant to return, but rebuilding the venue as a place that people are comfortable with is part of the Crowbar ethos,” Dombroski told Broadsheet.

It’s been the pair’s long-held dream to expand Crowbar interstate. The heavy music venue in Fortitude Valley celebrated its sixth birthday in August, with a week-long line-up that included Bodyjar, WAAX, and Grinspoon frontman Phil Jamieson.

Dombroski and Nathan envision Crowbar Sydney as a thriving music venue that also functions as a second touring stage for the bands that play at the Brisbane venue. They say The Stag is an ideal live-music venue: the band room holds up to 550 patrons and has excellent sight lines.

“It’s a wide open space, with a raised stage … and I’ve heard great things about the PA,” says Dombroski.

They’ll be giving the venue a lick of paint, installing some works by artist Callum Preston, and adding some Crowbar branding. There’s plans to expand the limited bar area in the band room, and Dombroski says they’ve got some “ideas up their sleeves” for the kitchen’s offerings.

As for the music, Dombroski says they want to host as many live acts as possible. DJs and acoustic musicians will own the public bar area at the front of the venue, while high-volume acts will take over the band room.

She’s tight-lipped about who’s lined-up so far for the opening weeks of Crowbar Sydney, but says they’re definitley hunting for bands keen to perform at the refurbished venue. “Throw them at us, and we’ll have them,” she says.

The pub is licensed until 3am, with live music permitted until midnight.

Crowbar Sydney is slated to open in December at 345 Parramatta Road, Leichhardt.