Produced by Broadsheet in partnership
with Universal Pictures.

Win a double pass to an exclusive pre-release screening of this seductive new thriller. 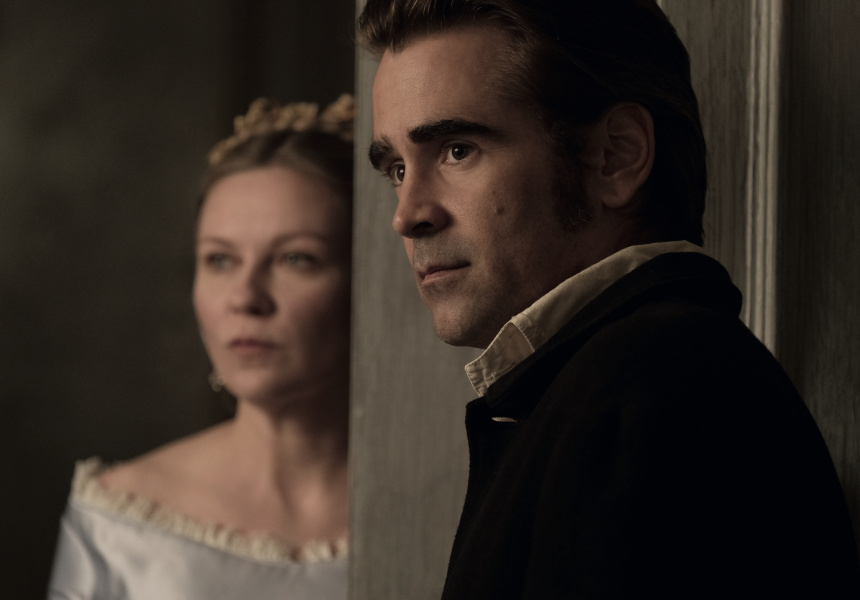 To celebrate the release of Sofia Coppola’s acclaimed new film, The Beguiled, Broadsheet is giving away 100 exclusive double passes.

Starring Colin Farrell, Nicole Kidman, Kirsten Dunst and Elle Fanning, The Beguiled is generating buzz worldwide, with Coppola receiving the Best Director Award at the recent Cannes Film Festival, making her the second female to take out the honour.

Based on the 1966 book by Thomas P Cullinan, the story unfolds at a girls boarding school in the South during the Civil War. Its sheltered young women provide refuge to an injured enemy soldier (Farrell). But as they tend to his wounds, the house is taken over with sexual tension and dangerous rivalries, and taboos are broken in an unexpected turn of events.

The Beguiled is being heralded as a return to form for Coppola, who’s previous films include The Virgin Suicides, Lost in Translation and Marie Antoinette.

Watch the trailer for The Beguiled.

We’re giving away 100 double passes to an exclusive Broadsheet pre-release screening on Wednesday July 5 at Event Cinemas, George Street. All you need to do is enter your details below to go into the draw. The competition closes on Thursday June 29 and winners will be notified on Friday June 30.

This competition is now closed, winners will be announced soon.

Produced by Broadsheet in partnership
with Universal Pictures. Learn more about partner content on Broadsheet.