This not-for-profit initiative helps people with disabilities stay out late. 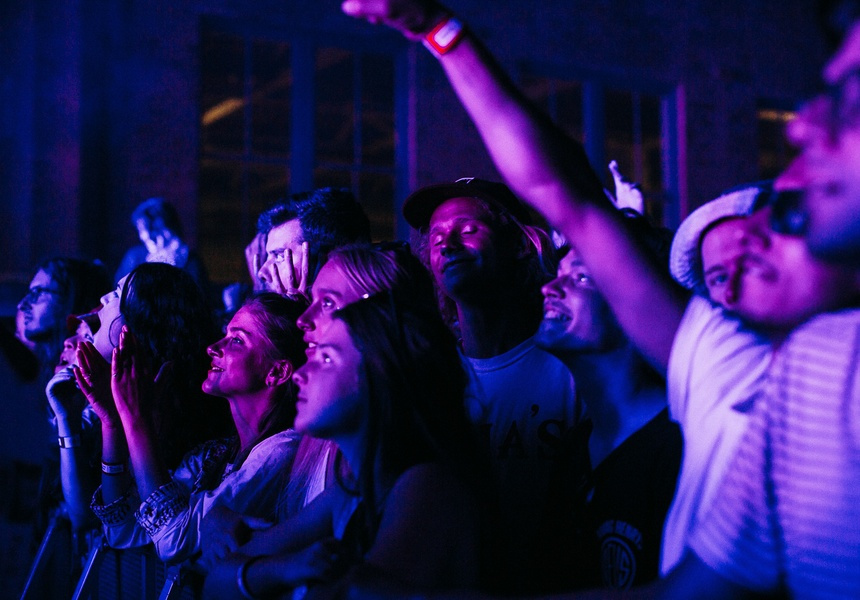 Heading out to a gig at night is something most of us take for granted. Live music is a simple pleasure, though not one that everyone gets to experience so easily. Gig Buddies aims to change that, by matching disabled people with volunteers who will accompany them to concerts so they can stay out late.

Founder Paul Richards was inspired to start the initiative in the UK after forming punk band Heavy Load with other people with disabilities. Friends would come to watch them play, but have to leave early because their carers effectively had to clock off.

After listening to Richards speak at a conference in Birmingham, ACL Disability Services CEO Carol Smail decided to bring the service to Sydney, with the help of the Sydney City Council.

“The entire council voted in favour and apparently that hardly ever happens,” she says. “Everyone adopted it unanimously. There’s been an enormous amount of goodwill,” she says. “We want to push this out to everyone with disability, not just intellectual disabilities. Everybody can participate, that’s the universality of it.”

So far, Gig Buddies has more than 50 volunteers. Defining your taste in music is a key aspect of the registration form. “So if you’re into jazz or hip-hop, our coordinator will match you to someone with that taste, as well as geographically,” says Smail. “Half the joy of going to see a live band is being with someone that also enjoys that kind of music.”

Smail says that primarily, Gig Buddies is about inclusiveness. “The profiles of a lot of people that have volunteered are in professions that have nothing to do with disability. It’s getting rid of that ‘them and us’ culture.”

Volunteers need no medical background. ACL provides official training, as well as mentoring on initial outings. Buddies are encouraged to post about their experience on a blog, creating an ongoing connection.

Smail wants to see Gig Buddies become well established in Sydney for now, though sees Melbourne as an obvious next step. Venues such as the Roundhouse and Oxford Art Factory have already signed on in collaboration.

Primarily, Smail hopes to see Gig Buddies empower people with disabilities. “Good luck showing me the person with a disability in the mosh pit. We all look the same; we’re all just going with the music. It’s about that inclusiveness.”