Floating Points Is A DJ’s DJ 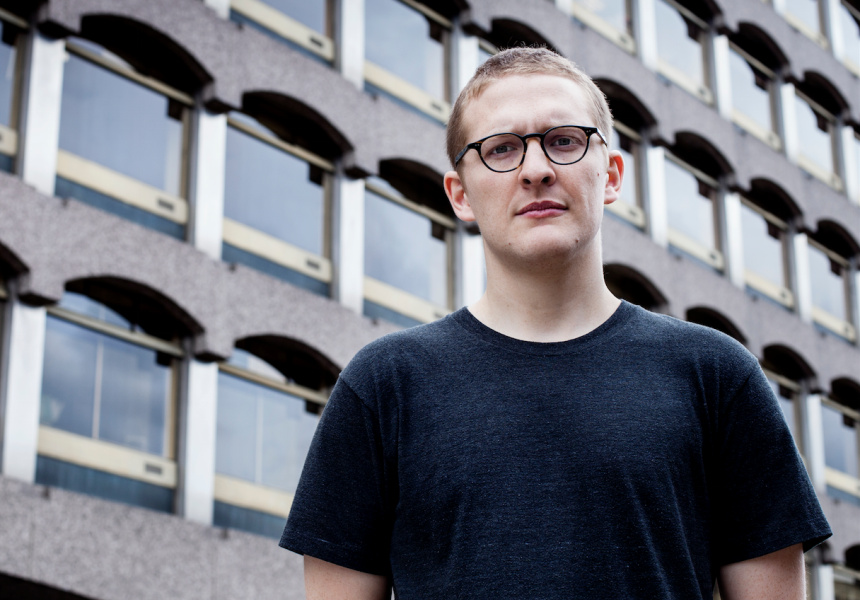 If your first introduction to Floating Points came via his album, Elaenia, you’d have an idea of the kind of DJ set that Mr Points is capable of putting together.

Even if Sam Shepherd wasn’t producing dense, widescreen, uncategorisable epics such as this years’ long-player, or his 2011 EP Shadows, Floating Points would still have ended up as a DJ with an international reputation. His five-hour sets with fellow-travellers Mr Scruff and Four Tet are the stuff of legend, and anyone who was lucky enough to see him play London’s much-missed Plastic People will get that faraway look in their eyes as they recall nights spent in a tiny Shoreditch sweatbox, bouncing from house to disco to impossibly obscure samba and back again as Floating Points effortlessly drew all the threads together.

“I don’t want to second guess the dancefloor,” Shepherd says, when asked about his kaleidoscopic approach to playing music for other people. “The moments when DJs take risks and it works, those moments make nights really memorable. People still come up to me remembering times I’ve played certain records.”

Where most DJs spend their nights playing music that rarely strays from one sound or tempo, Shepherd has the skill – and mad collector’s passion – to make the most-unlikely songs work together in sets that genuinely push at the boundaries of what keeps a crowd moving. Needless to say, he takes a dim view of the suggestion that people would be happier if he stuck to one genre. “There might be a certain paranoia from DJs about pushing things and taking risks, but that’s pathetic, because if you think that, you’re underselling the room,” he says. “Thinking I can’t play this Harold Mckinney record because people will leave the dancefloor? Who knows who’s in the room? Those three guys gurning up the front to the house track you’re playing right now might also be mad jazz fans.”

“You can’t assume anything about a crowd,” he continues. “The biggest thing to remember as a DJ is to make the context make sense. Like playing a techno track from Marcos Cabral and mixing it with Steve Reich. That was another Berghain moment.”

Shepherd’s mention of the legendary home of Berlin techno comes from a recent experience playing at the famously uncompromising club. Thinking he was DJing in Panorama bar, the next-door venue with a decidedly more relaxed and inclusive music policy, Shepherd found himself coming on in the big room after a DJ who was finishing a set of Berghain’s trademark pummelling, minimal techno.

“I came on at 1am, and I thought, if I’m going to do this … ” he grins. “I put on Pharoah Sanders’ Harvest Time, the full 20 minutes of that record, and there was this tantalising excitement from the room, like, ‘Where he’s going to go next?’ I was excited, too. I feed off that energy. It’s got to be ‘What do I want to listen to next?’ If I’m visibly excited about playing a record, that’s going to translate to the room.

“I was talking to Gilles Peterson about this yesterday,” Shepherd continues. “He asked me to tell him about a bad show I’ve had recently, and I couldn’t think of one. There’s definitely different vibes at shows, and ones that are truly special. I generally have a much better time if I’m playing from beginning to end, when you get to build your own room, create your own atmosphere. It’s luxurious for a DJ, to create the walls, then paint them, then create the tapestries.”

One such gig was his set at the Argus Building for Melbourne Music Week three years ago. Not only does he still remember it: “I’ve still got the poster on the wall,” he says. Shepherd’s equally excited by the idea of playing an outdoor velodrome this weekend, and has heard nothing but good things about Meredith, voicing (as overseas acts inevitably do) his approval for the No Dickhead policy.

For all the accolades his own productions have received, the connection he’s able to make with his audience as a DJ is clearly something he doesn’t take for granted. The connection, and also how much fun it is. “I feel like I’m a normal lucid person until I start playing records,” says the Ph.D. in neuroscience. “Then I turn into an animal.”