The program has been released – so now what? In partnership with City of Sydney, we highlight the Vivid events that you’ll want to snap up tickets to quick smart. 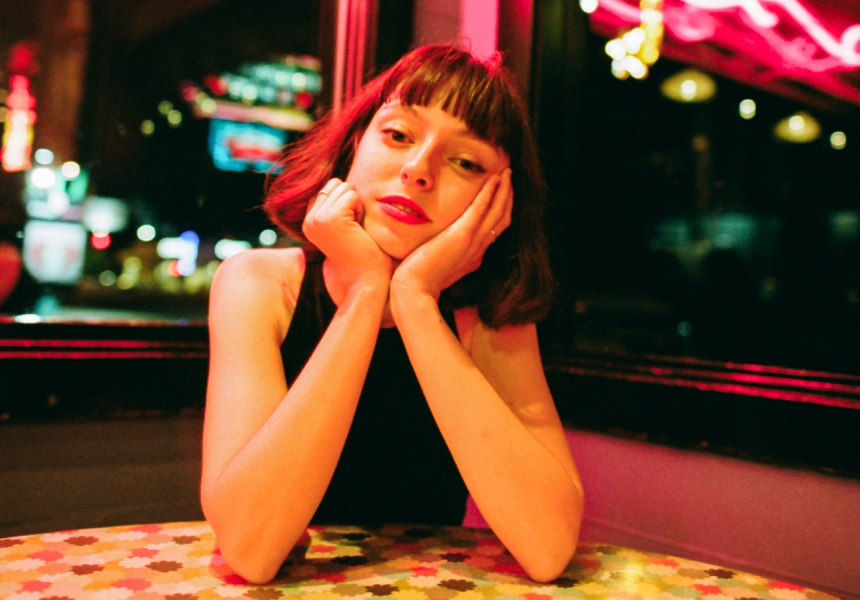 It isn’t just the Opera House that lights up during Vivid Sydney – the whole city buzzes with light, music and ideas during the festival, which spans three busy weeks in May and June.

An ambitious program in 2019 will see numerous sites hosting events, from Circular Quay in the CBD to Carriageworks in Eveleigh. And the fun isn’t limited to the landmarks – countless venues in and around the city’s neighbourhoods will be part of the festival. For instance, the low-key Staves Brewery, a laneway beer garden and performance space in Glebe, is hosting 99 Songs by 33 Artists, a series of gigs held over three Saturday nights. Ziggy’s Barber Shop is hosting a series of pop-up nights featuring Abby Dobson (Leonardo’s Bride), Jade MacRae and Jessica O'Donoghue and Lupa J. Also make sure to check out the X|Celerate program, which will showcase some of Sydney’s finest independent live music acts.

For a tipple when the show’s over – venues like the Imperial Hotel (a refurbished historic queer-friendly pub in Erskineville) and Hotel Hollywood (an unpretentious watering hole in an elegant art deco building in Surry Hills) are both lively options for nightcap.

Here are five essential events cherry-picked by Broadsheet from the impressive Vivid program.

Stella Donnelly
In 2017, Western Australian singer-songwriter Stella Donnelly captured the zeitgeist with Boys Will Be Boys, a song about rape culture that she wrote after a friend was sexually assaulted. Why was she all alone / Wearing her shirt that low / They said, “Boys will be boys” / Deaf to the word no, she sings on the track, which soon took on the status of anthem.

It’s clear that Donnelly, like her contemporary Courtney Barnett, is a voice of the times, delivering withering social critique on topics such as patriarchy and nationalism to a backdrop of sunny indie guitar pop.

In March she released her eagerly awaited debut LP, Beware of the Dogs to universally positive reviews. After wowing audiences in support of Missy Higgins and the John Butler Trio at the Sydney Opera House in 2018, Donnelly returns to the famous venue when she takes to the stage in the intimate Utzon Room on May 28 and 29 for Vivid Music.

Under the Harbour
Sydney Harbour occupies a significant role in our city’s history. For millennia, local Aboriginal people have lived around the harbour, fishing in its waterways and sheltering in its hinterland. Bennelong Point, the site of the Opera House, was originally known as Dubbagullee – an important gathering place for local Gadigal people. Today, its coves and peninsulas are the province of everyone from canoeists to the uber-rich, yet its depths remain a mystery to most of us.

Together with a team of collaborators, Ben Alpass, a Melbourne-born multidisciplinary artist from the LA-based Spinifex Group, will use the harbour as inspiration for a light installation that will be projected onto the facade of the imposing Customs House building at Circular Quay. In a free show that will fascinate viewers of all ages, Alpass will bring to life an aquatic fantasy world full of vibrant sea creatures and mysterious botanical realms.

I’m Not Racist, But …
For Vivid Ideas, five whip-smart wits will take to the stage at Giant Dwarf Theatre in Redfern to riff on a phrase that’s an all-too-common preface to some disappointingly dodgy opinions.

Presented by Reconciliation NSW, I’m Not Racist, But … promises to be an evening of scalpel-sharp insights and eyebrow-raising laughs. The 2019 line-up features Luke Carroll, David Woodhead, Steph Tisdell, Dane Simpson and Sukhjit Khalsa. It’s all about challenging beliefs and questioning assumptions at a time when topics like white privilege and race relations dominate conversation, both IRL and online.

FKA twigs
FKA twigs, an enigmatic and talented musician from England, started her career as a backup dancer in London for high-profile acts including Kylie Minogue, Ed Sheeran and Jessie J. She released two critically acclaimed EPs in 2012 and 2013, and her debut album LP1 in 2014.

She’s built a reputation as an avowedly cerebral artist who makes genre-defying music revealing her eclectic influences, including R&B, trip hop and avant-garde. On June 9, FKA twigs will treat fans to what promises to be a memorable one-off show at Carriageworks as part of Vivid Live.

Spike Lee
At 62, Spike Lee is finally getting around to visiting Australia for the first time. In an exclusive event for Vivid Ideas, the boundary-pushing filmmaker will appear in conversation with Rhoda Roberts AO to discuss his work and issues like race in America – a topic he has interrogated throughout his 40-year career.

Lee’s most recent cinematic work is BlacKkKlansman (2018), which tells the unlikely true story of a black detective who went undercover in the Ku Klux Klan. Lee, always a political agitator, used his acceptance speech at the 2019 Academy Awards for Best Adapted Screenplay Award (his first Oscar) to highlight the injustices perpetrated against African-Americans and implore America to vote Trump out in 2020. Fans keen to hear the icon discuss film, politics and race can book tickets to his event at Sydney Town Hall on June 1.