The decade-old institution has a 25,000-strong collection of films you won’t find on streaming platforms. And it could be yours. 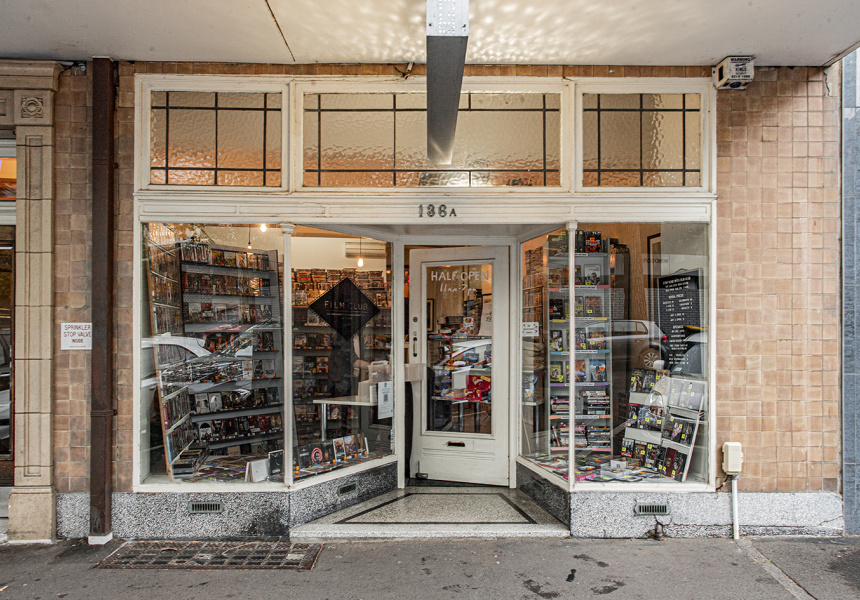 “Who hires DVDs anymore?” is a question Ben Kenny is used to hearing. For the past 10 years Kenny has owned Film Club, the self-proclaimed “last, best” DVD store in Sydney. And the answer to this question, which is lobbed at him daily, is: a surprisingly large number of people. In the one hour Broadsheet was at the diminutive-yet-jam-packed store on Darlinghurst Road a different person came to rent, return or renew a DVD every five minutes.

“Have you got a spare Casablanca at the moment?” one customer asks. “Got that Cuckoo’s Nest movie?” Another customer counts out coins in exchange for Fellini’s I Vitelloni while Kenny hunts for Tokyo Story. The simplicity of the transaction, compared to my nightly habit of scrolling through seemingly endless titles across multiple streaming platforms, is a delight.

So why does Kenny, who is calling time and trying to sell the business, think people still rent?

“There’s the obvious reason that there are titles that you can’t stream,” Kenny tells Broadsheet. “But there’s something precious about having one movie – choosing it, taking it home, putting it in the machine and focusing on it for the next two hours. There is something to be said for being an active consumer and engaging and discussing the art that you’re taking in, rather than it just being ‘content’.

“The dilemma that every one of us gets when we open up a streaming platform is clicking through the tiles for 20 minutes, maybe watching five minutes of something while worrying that you could be watching something that has a better score on Rotten Tomatoes. Whereas if you pay the five dollars and you take it home … You will watch it.”

Kenny is a beloved local figure. Film Club customers know him by name, they bring him flowers, champagne and cronuts, and they are devastated that he’s leaving.

“The waves of affection and enthusiasm that people have for this place is overwhelming,” says Kenny, who first announced he was selling the store six months ago. Loyalty to his customers is a driving force behind his intention to find a new owner (or owners – he’s floated the idea of a co-op) who will keep the collection whole.

“I wish for the store to carry on long into the future,” he says. “It’s already past the point of being a rarity or a novelty – if it has survived this long it can survive indefinitely. It’s a community institution and I hope it stays that way.”

In a call to action on Instagram Kenny writes, “If Film Club isn’t sold by the end of this year it will close in February. And once it’s gone there’s no getting it back. There really isn’t a comparable collection of films in Australia, and with so many imported and rare DVDs, it’d be impossible to recreate it.”

The 25,000-plus collection includes many hard-to-find titles across genres that are under-represented on major streaming platforms, such as queer cinema, art house, horror, silent and classic films.

Broadsheet asked Kenny to tell us his top five films that aren’t available on any major streaming networks.

Young Frankenstein (1974)
“As with most of his parodies, Mel Brooks shoots the film so seriously, and his shot composition is so on point that the hokiness of old horror films is never the joke. The film plays it so straight, and Gene Wilder is incredible in it. I like anything with a mix of high and low humour. There’s something deeply satisfying about dumb jokes written by smart people.”

In the Mood for Love (2000)
“A real modern classic. Wong Kar-wai’s films are always gorgeously shot. They have this beautifully painterly colour palette. It’s so romantic in a non-twee way, in the old-fashioned sense. It’s low on plot but high on mood and vibe and a great sensory experience to wash over you.”

Paper Moon (1973)
“From Peter Bogdanovich in his great run of 1970s films, and starring Ryan O’Neal and his daughter Tatum O’Neal playing a conman and an orphan who travel across the US selling fake bibles. It’s a throwback to the old screwball comedies of the 1940s, shot in black and white and set in the dust bowl Depression era. It’s really sweet but also has a slightly dark edge to it.”

Jesus’ Son (1999)
“It’s based on a book of short stories by Denis Johnson so it's got this very episodic quality to it. Billy Crudup plays the character of Fuckhead and the film is little vignettes from this guy’s life. It’s got a rough-hewn, shaggy 1970s quality and also a real soulfulness and humanity. It’s an astonishing performance by Crudup – vulnerable, unsympathetic and earnest. There’s sweetness mixed in amongst the darkness and tragedy in there.” 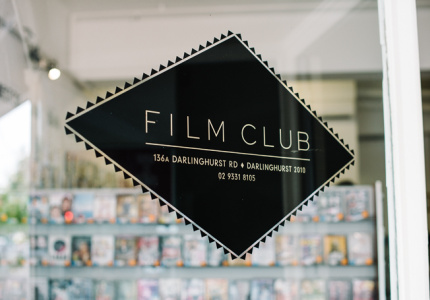