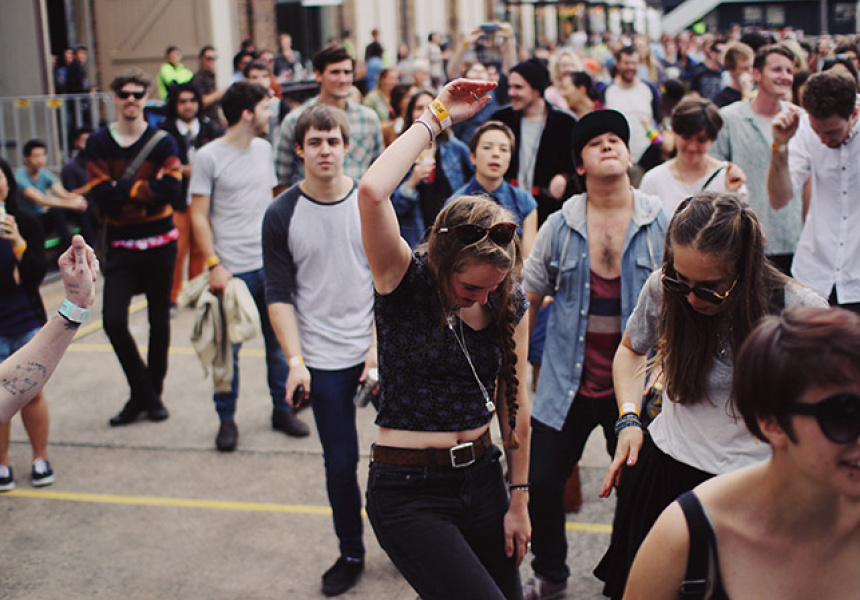 “It’s one of the most ambitious things we’ve done,” says FBi’s general manager of music, Dan Zilber. He is spearheading the community radio station’s move into the land of straight-up electronic tunes.

FBi 94.5 holds both an analog and a digital licence. But by dedicating its digital simulcast (known as DAB+) to FBi Click, dance music will finally be given its own home with free reign over round-the-clock radio that will keep people dancing.

Mid- to high-tempo music is on the cards and programs will be hosted by 10 of Sydney’s most notable crews. “It’s going to be focused fairly and squarely at the dance floor, but we’ve also given the shows (and DJs) license to spread further than they would or could on the dance floor,” says Zilber who also sees the venture’s potential for newfound international exposure.

Astral People, Sweat It Out, Purple Sneakers, Motorik, Halfway Crooks, THUMP (by Vice), Goodgod Small Club, Picnic, Body Promise, Bare Necessities, Sequence and Lazy Radio are the chosen ones. Zilber believes Sydney has one of the world’s best dance scenes and is thrilled that these guys will be showing it off. “It’s an honour to offer them a radio show and extend what they are able to do as part of their partying odyssey,” he says.

Goodgod’s Jimmy Sing reckons it’s about time FBi made the move. “Sydney has needed a 100 per cent dance radio station for ages now. We're going to have a rotating cast of Goodgod through the show each week. People like Champain Lyf, Pelvis, the Dutty Dancing crew etc. – so it will be a crazy range,” he says.

Young guns Astral People (a touring and management company), on the other hand, will have its “Astral sound” represented by Ben Fester and Chris Barker. “They are two of our closest friends. We're excited to have them representing our vision weekly on the radio,” says Tom Huggett who is one-third of the group. “Expect weekly special-guest mixes. Expect everything from ice-cold techno, full-bodied house, expansive beat-work and all the in-betweens from artists both celebrated and undiscovered.''

FBi Click also plans to balance out the male dominance of dance music. “We are aware we need to do more to get ladies on air and we’re hoping FBi Click will encourage more female DJs to submit mixes and get involved,” says Zilber who is unimpressed with the status quo. “If you accept how it is, things never get better. So we definitely want to address women being underrepresented in dance.”