Our favourite, oversexed, sweat-inducing disco outfit has just launched a new track. Are you thrusting a little already? 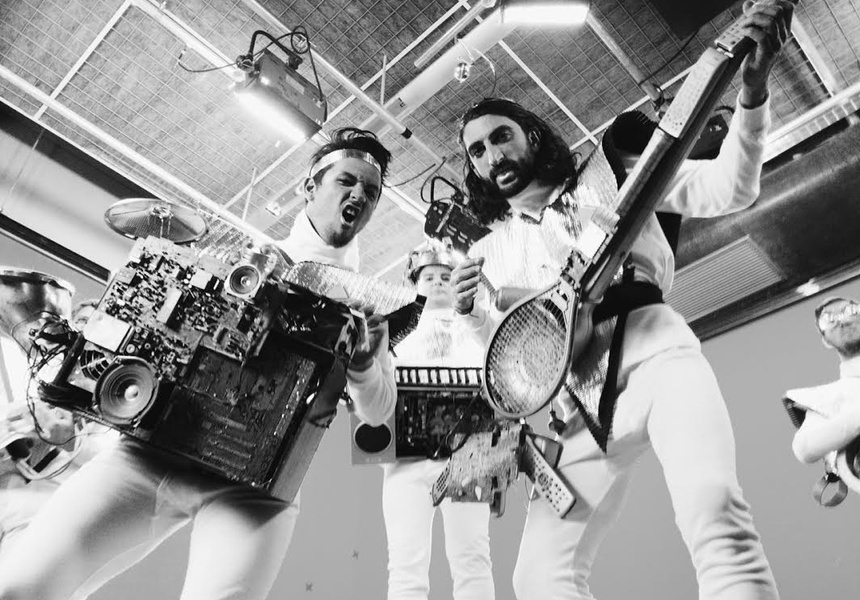 If you were at Golden Plains earlier this month, that might be why this song sounds familiar. Total Giovanni’s afternoon set prompted a sea of raised boots (the highest honour of appreciation awarded by the crowd) – and this new track is a certified disco banger. Although guitar-driven, it comes alive with shakers, bongos, handclaps and irresistible falsetto backing vocals.

“As a general disclaimer: we don’t want the song to be misconstrued in a creepy way,” frontman Vachel Spirason says. “It’s about someone feeling a bit of romantic frustration.”

He talks about moments when you might make eye contact with someone, on the tram for example, “but really it could turn out to be super disappointing” in reality. Paradise is more about “the illusion” and how sometimes it’s nicer to leave it mysterious.

Total Giovanni has just announced a national tour. Catch them at Parkside’s 3rd Birthday at Waves in Wollongong on April 2 or at Goodgod Danceteria on April 25.