La Rebellion is a bespoke game created by the Cipher Room team in its inner-west warehouse over the past year – and you won’t expect its dramatic ending. 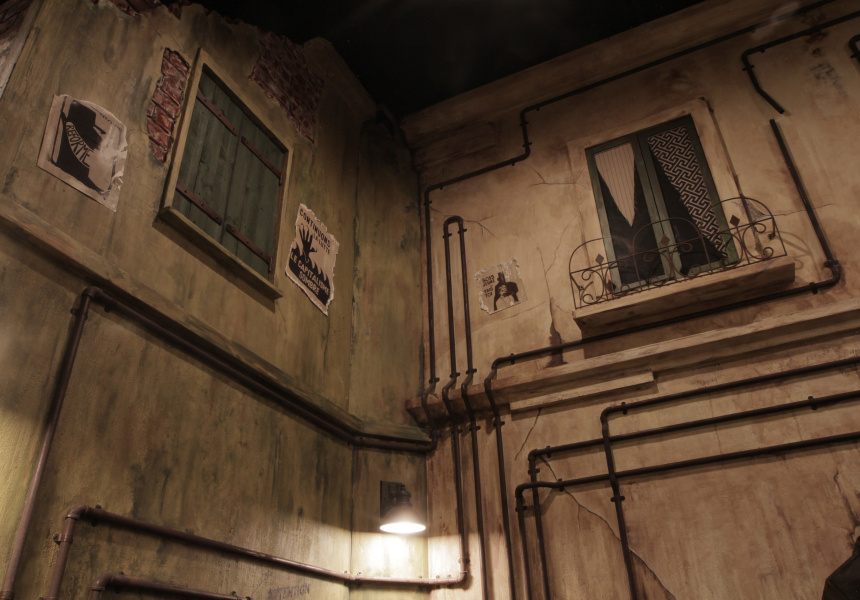 The team behind the Cipher Room – which has two escape room venues, one in St Peters and one in Newtown – are experts at world-building. Entering one of its games, such as a spooky toy shop, a 1950s film noir-inspired hotel and an abandoned cabin, is like stepping out of the inner west and into a different time and place.

The latest game, La Rebellion, is no different. It’s set in a dystopian future in France, run by a dictatorial leader. Cipher Room co-owner and game designer, Marise Watson, says it’s taken more than a year to put together the new game in their St Peters warehouse.

“It involved a massive focus on set design, engineering and unique puzzle elements,” says Watson. “We wanted La Rebellion to feel epic, with a dramatic ending that players won't expect.”

In this imagined future, players are members of a resistance group, the Rebelles. Their mission? To find a secret bunker owned by the despot – inside, there’s something that can help bring down the evil leader.

Like other games from The Cipher Room, La Rebellion has been designed using props from local second-hand and vintage stores. Step inside and you feel as though you’re in decaying French city streets, with wrought-iron balconies and clotheslines hovering above you, French-language posters pasted to walls and objects that look as though they’ve come straight from interwar Paris. The details aren’t just designed to be aesthetically pleasing, though – every item could hold a clue.

La Rebellion is the Cipher Room’s fifth game – and the second for its St Peters venue, which opened in 2021 and is twice the size of the Newtown space. Watson and husband and co-owner David Vella plan to eventually have five games in the St Peters warehouse.

The game is recommended for players of all ages, and has a 4.5 out of five difficulty rating; it’s suitable for two to eight people.

A newbie in the world of escape rooms? Check out our beginners’ guide.