Première: Ellery in Paris is a revealing portrait of Sydney-based designer Kym Ellery as she prepares to debut her collection at Paris Fashion Week. 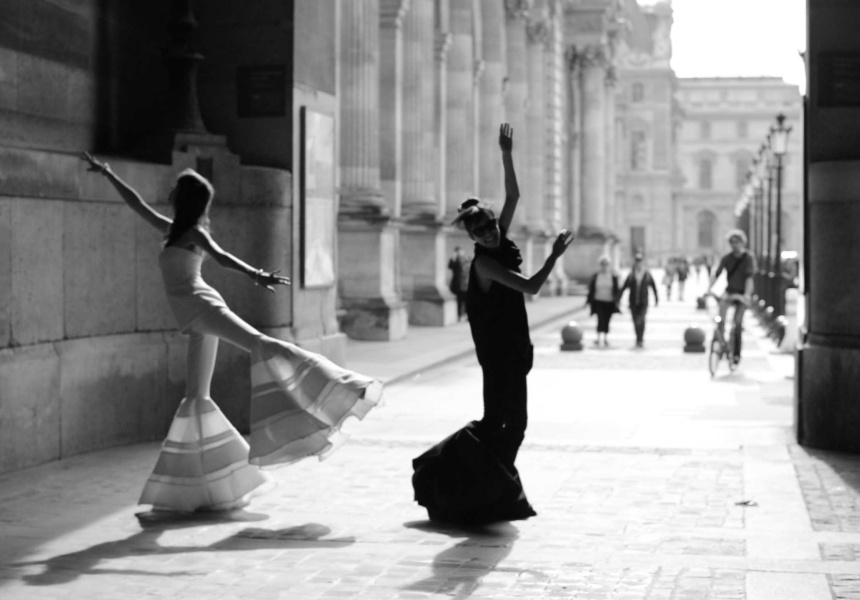 Throughout Première: Ellery in Paris, talking heads such as Australian Vogue editor Edwina McCann, blogger Leandra Medine (Man Repeller) and actress Phoebe Tonkin speak highly of Ellery, yet she remains an enigmatic figure. Slowly, however, Australian writer and director Patrick Pearse introduces the designer to the audience, documenting every detail of the preparations for her Parisian runway show. She speaks candidly about her life, career and what it’s like to be one of three Australian designers in the last 20 years to be invited to show at Paris Fashion Week.

The film’s narrative mirrors Pearse’s own experience of meeting Ellery. “I briefly knew Kym, and in the first or second day in Paris she was very enigmatic … and I wasn’t sure if this raw, down-to-earth and uncentred personality was all a façade,” he says. “After the first day, I realised that was exactly the person I was dealing with – she’s a character and she’s her own self, it certainly wasn’t a fabrication.”

Initially Ellery found it confronting to be filmed from the moment she arrived in Paris. Fortunately watching the film for the first time didn’t present any nasty surprises. “I like to think I have a pretty accurate perception of myself,” she says. “I know that I’m bossy and a little bit of a control freak, but I also like to have lots of fun with my team and not be too serious because it is just fashion after all.”

Pearse touches briefly on the controversy that surrounded Ellery in 2013 during a legal dispute involving Myer and David Jones, but doesn’t dwell on it. He handles the subject tastefully and makes it clear the designer doesn’t have anything to hide.

Currently based in Paris, Pearse is inspired by experimental French cinema and this is reflected in the film’s minimal style. “I enjoy the simplicity in the narrative of French film, you pull back all of the special effects of a standard Hollywood film,” he says. The director’s choice to shoot the film in black-and-white lends it the aesthetic of a fashion editorial. This is complemented by a soundtrack by Australian DJ and eyewear designer Graeme Mulcahy (Graz), who also does the music for all of Ellery’s runway shows.

“I hope people who aren’t in fashion can also get something out of it because I think what Patrick captured feels like a nice story just about someone’s journey,” Ellery says.

Première: Ellery in Paris screens Monday September 1 at 6:30pm only at the Chauvel cinema in Paddington. Kym Ellery and Patrick Pearse will be conducting a Q&A session after the screening.