Editor’s Picks: The Best Things To Do in Sydney (at Home and Not at Home) in October

We’re taking chilly dips in public pools, continuing our picnic rampages and dipping a toe into returning to restaurants and the theatre. 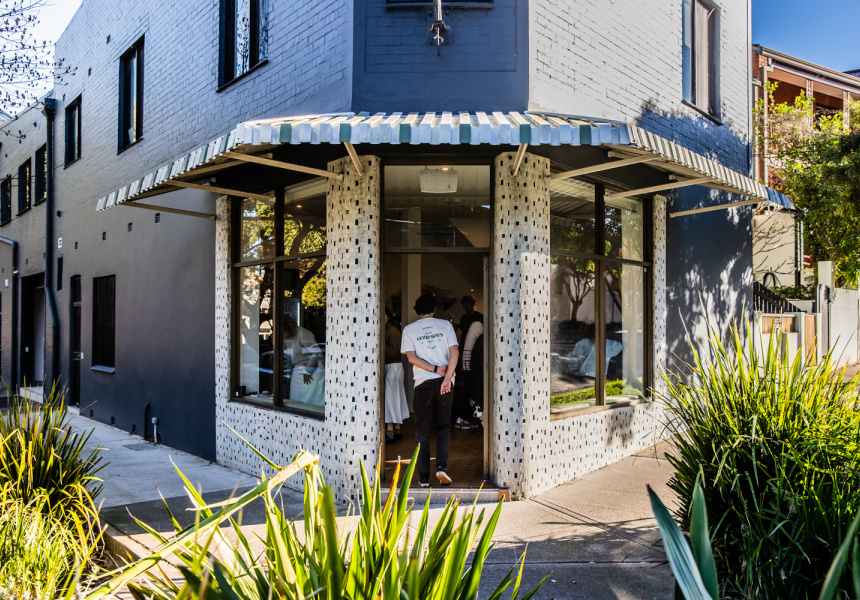 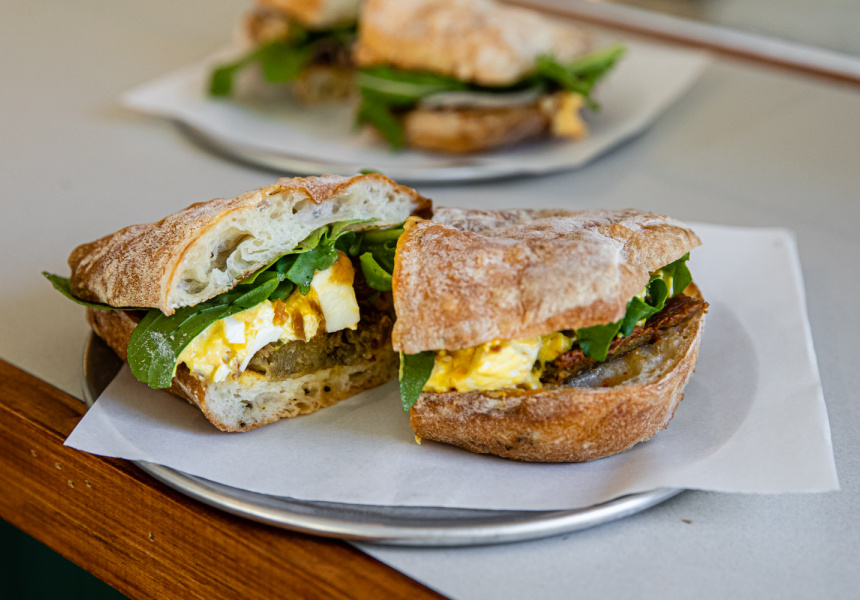 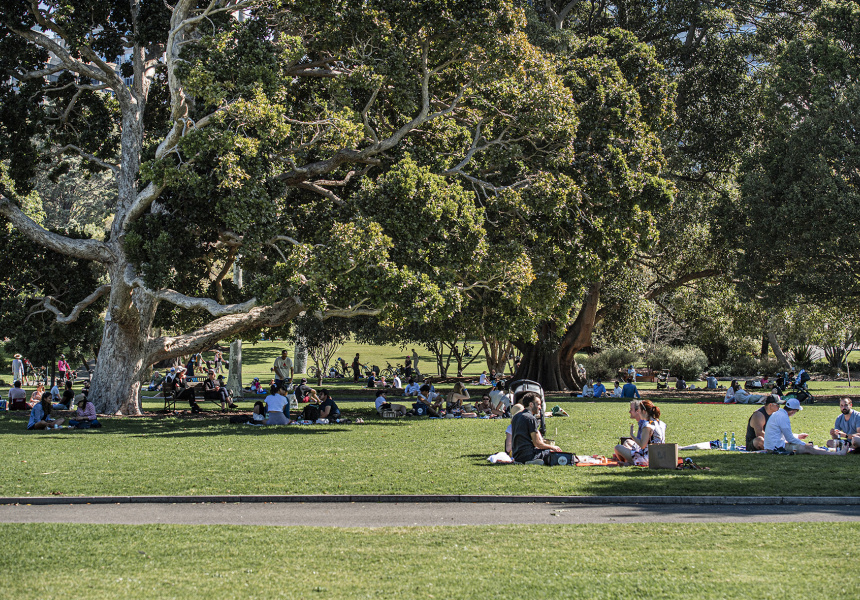 After more than three months and so, so many takeaway meals (not to mention an earthquake and an unexpected premier switcheroo), we’re less than a week from lockdown ending. From next Monday, October 11, those of us who are fully vaxxed will be able to see our friends, go to the pub and visit our favourite restaurants again. It hardly seems real – and I know many of us are feeling cautiously excited. A little like we need to ease ourselves into this new reality. This month’s editor’s picks are a bit of a double whammy: a mixture of things we can’t wait to do once we’re let out and about again, as well as stuff to do at home over the next week before lockdown ends and beyond.

Don’t forget to check out our live list of venues reopening post-lockdown to help you plan your first outing, as well as our best restaurants guide to get that dining-out hit list going again.

Still confused about what you can actually do when we hit that 70 per cent target? We’ve put together this handy guide to clear a few things up. Good luck out there – and follow my adventures here.

Sangas, everywhere
I reckon sandwiches are the ultimate picnic food – there’s little need for cutlery or plates (though a napkin is often handy) and many of them can be consumed using just the one hand, leaving the other for drink-holding or gesticulating wildly during conversations. Luckily Sydney’s hospitality scene has been on a bit of a sandwich streak of late.

Take Good Ways Deli in Redfern, which opened back in May. Its sanga highlights include a kangaroo mortadella number with saucisson, provolone and hot butter, and a breakfast egg sandwich with mature cheddar and chilli-and-onion jam. They’re a killer combo of fancy and old-school (and Good Ways also does ripper lamingtons, vanilla slices and Vegemite-and-cheese scrolls).

Kosta’s in Rockdale is also doing sangas that put a thoughtful twist on the classics. There’s a panini loaded with cured meats, a salad sandwich on schiacciata bread (with beetroot, which should be mandatory on all salad sandwiches, don’t at me), and a chicken schnitty number. If that’s not enough to lure you to Rockdale, it’s also doing a cracking potato scallop, and watermelon juice topped with haloumi (trust us, this salty-sweet combo works).

If they’re out of your five-kilometre zone, or you’re limiting how much time you spend out of the house, we’ve also recently published a couple of great sanga recipes. There’s Neil Perry’s meaty deli sandwich, and a fried-cheese sandwich from Mitch Orr.

The first rule of Film Club is …
Don’t let Film Club close. The beloved Darlinghurst DVD rental store is a go-to for films you won’t find on streaming platforms. And there’s a good chance it’ll shut in February if a buyer isn’t found. Whether or not you have the means to buy it, it’s worth a visit for owner Ben Kenny’s profoundly thoughtful film recs and to enjoy that sensation of visiting a DVD store, just like back in the day.

New on the scene
Sure we’ve been in lockdown, but there’s still new stuff happening all the time (this is Sydney, after all). And there’s loads of ingenuity on show. One young gun is pumping fantastic pizzas out of a portable pizza oven in his inner-west backyard. Stay tuned to his Instagram, where he announces each batch of 50 every week (but also sometimes not).

Meanwhile, up-and-comer Shashank Achuta, sous-chef at new CBD restaurant Lana, has spent lockdown running Sydney Tiffin Room, a home-delivery service that’s out to show Sydneysiders how truly diverse Indian cuisine can be. He’s doing so region-by-region, with his menus hopscotching from Goa to Kerala and beyond, to give us a broader understanding of the subcontinent’s food cultures.

Similarly, a host of new Japanese restaurants in Sydney are doing their bit to show just how multidimensional that country’s cuisine is – from curry fried sandwiches, to Japanese barbeque and fresh-as sushi. While we can’t wait to eat at them in situ, they’re all doing takeaway in the meantime.

Get the look
Most beauty fans know of Charlotte Tilbury. The English make-up artist extraordinaire’s beauty and skincare line has fans around the world. And she’s just launched it in Australian Mecca stores, right in time for lockdown ending and make-up wearing to pick up again (if you’re so inclined). We have the lowdown on which products are must-tries, and the brand’s dark horses. My picks? The cult-fave Pillow Talk lipstick and the moisture-boosting Magic Cream. And if you can’t bear the idea of more skincare packaging going to landfill, refills are available for a whole bunch of Tilbury’s products. Hallelujah.

Take a dip
For those of us who don’t live near a beach or natural harbour pool, lockdown has been a bit of a natural-waterway-less drag. A few weeks back, Inner West Council was given the go-ahead to reopen local fave Dawn Fraser Baths. I visited not long after, and while the water was freezing, the sense of joy and relief among the small group doing laps was palpable. And, last week, outdoor public swimming pools were reopened so most people across the city (with a few exceptions) can have a swim. Check out our compilation of where you can and can’t swim here.

Back in the room
Theatre is back. Blockbuster musical Hamilton and sleeper hit Come From Away are both reopening this month to bring joy in musical form into our post-lockdown lives. And Sydney Theatre Company has announced its return in November – tickets for its last two shows (Julius Caesar and Death of a Salesman) are now on sale.

Picnic like a pro
Still feeling iffy about heading to a restaurant or sitting in a full theatre? We get it – and recommend easing into this new-ish life with a picnic or two. We’ve written about how to navigate the social politics of picnicking, rounded up a bunch of picnic packs to try and found some of the best spots around town where socially distanced picnics are a breeze.