Falafel and cocktails at a new CBD eatery, and affordable succulents from a private, off-the-beaten-track nursery. Plus cosy bedding, a gin distillery by Four Pillars and a crusty roll you have to eat. 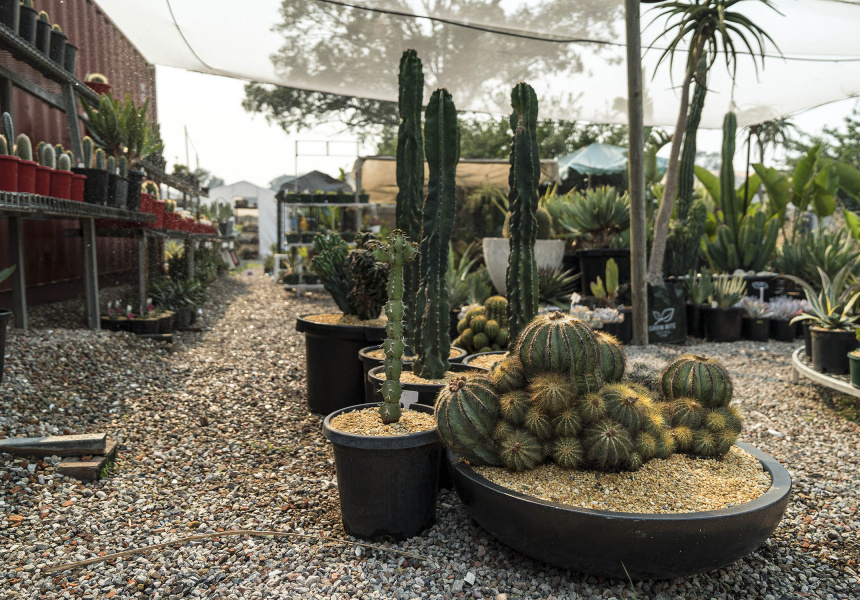 The city continues to slowly re-emerge from its hibernation, with more lockdown restrictions lifting from June 1, and more cafes, restaurants and venues reopening. You can now visit the Art Gallery of NSW, Taronga Zoo and Sydney’s only drive-in cinema. You can do a boot camp class, get a facial and book a camping trip to one of the state’s national parks. Sydney Zoo reopens on June 6 and the MCA is back from June 16. We’ll keep you in the loop when we hear of more places opening for you to explore, but this is what I’ll be up to this month – follow my adventures here.

Visit a cafe, restaurant, bar and pub
We have 200 venues and counting in our guides to Sydney’s reopened restaurants, cafes and drinking establishments. It might not be like it was before Covid-19 shut down the city, but I have to say, I went to a couple of eateries last week, and it was fabulous to eat a meal I didn’t have to cook (and I didn’t have to do the dishes afterwards, either). It was a great reminder of how good we have it in Sydney, and how we shouldn’t take dining out for granted.

First on my list …
Jimmy’s Falafel was open for just three days in March before it was forced to close due to coronavirus. It made its triumphant return last month, and it looks like a golden oasis that will transport you far from Sydney’s main thoroughfare of George Street. The Merivale-owned Middle Eastern diner is headed by Simon Zalloua, who’s pulled together a menu that revolves around falafel (“we went for a blend of legumes – half chickpea, half fava – and we’re heavy-handed with the herbs, chilli and spices.”). “But that’s not all we do,” he says. “There’s a meze menu – you can get hummus, pickles, bread and kibbeh nayeh [a minced lamb dish similar to steak tartare], which is my favourite.”

“[Eventually], in the evening, we’ll start the charcoal [and] cook some skewers. We’ve got chicken and beef shish, and we do amazing sausages and calamari on the grill. The music will get louder and we’ll become a bar. We want people standing, having a drink and a dance.” Sounds grand.

Find a new plant buddy at this private nursery specialising in affordable succulents, rare cacti and agave
I’m still excited about stumbling across Margaret Cumurovic’s Rare Plants and Succulents Nursery. I have an insatiable appetite for looking at plants on Instagram and in 2019 I somehow came across her account. A couple weeks later we jumped in the car and drove to Rossmore, a little-known semi-rural suburb in Sydney’s south-west, about an hour’s drive from the CBD. Cumurovic generally opens on Saturdays (10am to 3.30pm) but otherwise you have to make an appointment to visit this delightful, rambling private nursery. She has about 300 varieties of cacti, succulents and agave spread over half an acre, including rare breeds. “I might travel three hours for one particular plant,” she says. Prices start at a reasonable $5, with plenty for $15 and $20.

Buy your favourite Sydney dish as art
Since 2011, Sydney-born, Berlin-based artist Anna Vu has been documenting memorable dishes she’s eaten in her distinctive flattened style, under the Good Wine Crap Drawing moniker. When restaurants began to struggle during lockdowns, she decided to do her bit to help. For every print ordered from her online webstore, Vu is donating $5 to the restaurant behind the dish. They are really cute and reasonably priced ($75), and you can get lots of amazing dishes, including 10 William St’s pretzel with whipped bottarga; Sean’s Panaroma’s roast chicken; The Dolphin Hotel’s ‘nduja spaghetti and Mary’s burger. She’s also very happy to accept commissions.

Another Sydney artist immortalising their favourite dishes – but this time using Perspex offcuts – is Ian Tran. He was running a laser cutting and 3D-printing design studio but, after work dried up, decided to use his spare time to create Dinner à la Perspex. Any day now he’s launching an online store where you’ll be able to buy the limited-edition (in runs of about five or six) pieces. So far he’s whipped up a stack, including Yamba sardines with fennel oil from Paddington’s Saint Peter; the smoked ham, pineapple and breadsticks from Newtown’s Cafe Paci; and Belles Hot Chicken’s Sex Panther chicken with chips and pickles. Sydney’s most famous pizza, Bella Brutta’s clam pie, is also there, as well as the city’s uber-famous A1 Canteen sandwich, the muffuletta. They’ll set you back between $65 and $90, depending on the amount of acrylic used, and we predict they’ll prove as popular as the original dishes.

Trust us, you also won’t be able to stop thinking about this perfectly crusty roll
Broadsheet Sydney assistant editor Che-Marie Trigg has doubled down on her Marrickville banh mi habit since she started working from home. She says she’s no expert on the pork, pate and pickle-stuffed rolls, but she’s been trying to at least find the one she likes most. And since figuring out it’s from Alex ‘N’ Rolls, she’s become a regular customer at this tiny, busy eatery. Trigg says its crowning glory is the succulent pork, which owners Phu Cuong Nguyen and Minh Anh Ho prepare at 3am each morning. Their banh mi has been compared to one in Vietnam that the late chef, author and food-travel documentarian Anthony Bourdain called the best in the world. Trigg reckon this inner-west hole-in-the-wall does it better.

Put this in your diary
Four Pillars’ Sydney Distillery, “The Laboratory”, is slated to open on Friday June 12. The award-winning gin producer seems to have turned it on for its Surry Hills venue, which will include a cocktail bar called Eileen’s, a shop and “The Lab” – a space for tastings and masterclasses with a working still (also called Eileen). To enter Eileen’s Bar, you’ll need to find the discreet door on the corner of Fitzroy and Crown streets and ascend the “juniper blue” staircase. On opening weekend it’s hosting seven one-hour, 10-person masterclasses. You’ll get a G&T on arrival, gin tastings and a tour around the venue.

Stay cosy with these luxe sheets
Sydney homewares store In Bed has released a lovely winter bedding range featuring flannel sheets with striking grey stripes made with 100 per cent brushed cotton. “It’s velvety soft,” says In Bed owner Pip Vassett. “The flannel most people think of is quite often partially made from man-made fibres and tends to be fairly stiff and likely to ball up the minute it’s slept on. That’s definitely not the case here.” You can get a set of pillowcases, a fitted sheet, a flat sheet and a duvet cover (prices range from $75 to $175). There’s also a quilted linen bedcover available in both grey and blue ($490), made with 100 per cent cotton filling instead of polyester. 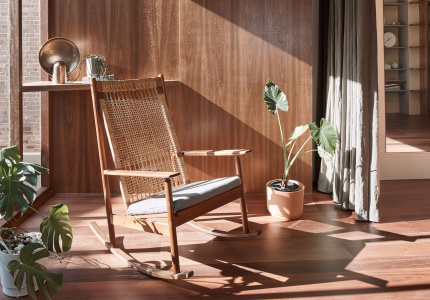