Chugging Negronis, doing everything in our lives online, and some interstate love are all on the menu this month. Lockdown purgatory continues – but things are looking up. Picnics for groups of five fully vaxxed mates kick off on Monday, and the NSW Government has announced a roadmap out of lockdown for when we hit our 70 per cent double-jabbed target. In the meantime, there’s lots to keep us occupied and stave off boredom. From displays of affection from Melbourne, to delicious deliveries and bottled Negronis, there’s still plenty out there proving Sydney remains a brilliant place to be, lockdown or not. Follow my (at home) adventures here.

Do-it-yourself burgers
Multi-course delivered feasts from fine diners have their time and place – but one big lockdown trend this time around has had us sitting up and taking notice: DIY burgers. They’re everywhere, and there’s some damn good options (plus, they require minimal effort). Our national editor, Sarah Norris, has penned a tribute to one made with dry-aged beef and pillowy potato buns. She reckons it’ll up your joy quota considerably.

There’s also “smash” burger boxes from Chebbo’s food truck in Strathfield, with everything you need to smack together a tops burger – including meat, cheese, sauce, tomato, lettuce, onion and milk buns. It’s basically foolproof: just follow along with the Youtube videos for the perfect burg.

Butcher and Sydney staple Vic’s Meat Market is sending out Build Your Own Burger Kits, with your choice of Wagyu or Angus beef, American cheese, sauce and Martin’s Potato Buns (those used by US chain Shake Shack). They feed six, and while you’re there, add a Chaco Ramen kit, build-your-own taco kit or Nomad mortadella kit to your cart.

Take a dip
The weather’s warming up, and we’re craving the sting of a spring-time swim. If you live in, say, the eastern suburbs or northern beaches you’re probably right across your swimming options. But if you live in, say, the inner west (hi) your options have been pretty much non-existent – until this week, when the Dawn Fraser Baths were reopened thanks to a special amendment in the public health order. The recently renovated baths let in 26 people at a time, and bookings are a must.

Dawnie’s not in your lockdown radius or LGA? You still have a few options. There’s Chiswick Baths (City of Canada Bay) on Parramatta River, Lake Parramatta and Cabarita Park Beach. And, of course, all the well-known harbour swimming spots east of the Harbour Bridge, including Elizabeth Bay, Maccallum Pool and Shark Beach. Splash.

Signs of hope
There’s been some pretty intense interstate bickering going on lately. But one Melburnian is showing his love for Sydney, with 2000 posters pasted up around town and a vibrant mural in Newtown encouraging us to “hang in there”. See if you can spot them around the city. (Our Melbourne editor is also spreading the love for Sydney, with his hilarious tribute to inner-west distillery Poor Toms’ bottled Negroni. We must concur: they’re a bloody great – if not short-lived – addition to your drinks cabinet.)

And over in Marrickville, local legend Scott Marsh has partnered with Hawke’s Brewing on a mural of the brewery’s namesake: Bob Hawke. In it, Hawkie’s holding a schooner that’ll be topped up with beer as we hit vaccination targets. And the band-aid on his arm – a tell-tale sign he’s been jabbed – has a QR code that’ll point you towards your nearest vaccine clinic.

A new leaf
Regardless of eased restrictions, we do still have a fair while left in lockdown. If your book collection is looking a little lacklustre, or you want to get your mitts on Sally Rooney’s newbie, stat, we’ve rounded up a whole bunch of Sydney independent bookstores that are delivering or offering click and collect. And not sure what to add to your cart? Here are the books the Broadsheet team has been loving during lockdown.

At the movies
Going to the movies is off the cards right now – but Sydney’s indie cinemas are screening new releases, cult classics and film-festival faves online. It’s a great way to catch up on the latest hits before cinemas reopen. And if you don’t know who’s doing what, we’ve compiled a handy list here.

Sydney Underground Film Festival has also kicked off, and obviously this year it’s entirely online. As you’d expect, the program is stacked with weird and wild new releases, indie classics and plenty of shorts. Think an absurdist Kazakhstani road trip, a group of English bus drivers adapting the film Alien for the stage, and an extremely memorable bathtub scene in the 40-year-old cult classic The Strange Case of Dr Jekyll and Miss Osbourne.

That all a bit too online for you? Randwick’s Ritz cinema has complemented its streaming platform with a more analogue option: a video “store” stocked with VHS and DVDs. It’s set up outside the cinema’s front doors and operates on an honesty system.

And if you need some snacks for your next film night, catering company Radish Events is putting together themed packs stocked with everything you need for a night in front of the box. Its Netflix & Chill box is comes with a selection of cheese, rillette, gnocchi with beef or mushroom ragu, honey-dukkah popcorn and a bag of chocolate treats. Add cookie dough for extra joy.

Gone, but still pushing pippis
The city mourned last month when legendary restaurant Golden Century announced its closure after more than 30 years. We may not get the chance to step into its fish tank-lined, brightly lit dining room again, but there’s still a few ways we can enjoy its classics. Yes, that includes the XO pippis. Get those bad boys over on Providoor, along with other beloved dishes including mapo tofu, beans with pork mince, and a seafood banquet. And Thai Kee IGA has added Golden Century’s mooncakes to its online store to mark the Mid-Autumn Festival. It’s a nice way to cushion the blow.

Slather, pat and style
One good way to fill in time during lockdown is with a multi-step skincare routine. But it can get a bit pricey. So, we’ve put together a bunch of dupes for expensive cult products (like a swap for La Mer’s $715 moisturiser), as well as the next big brands if you’re a fan of The Ordinary or The Inkey List. And prices start at $13. Hallelujah.

And I reckon you have maybe six weeks to get your nail game on point before pubs reopen (don’t hold me to that). New Sydney biz Flowerbed Nails has designed cute nail-art decals that are super easy to apply. Each set has 110 stickers, with cherries, lightning bolts, chillis and more – basically, one for every picnic you attend till we get out of lockdown proper. 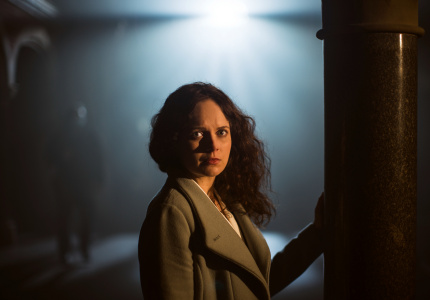