Editor’s Picks: The Best Things to Do in Sydney in September

This spring listen to radical ideas, eat burgers and buy art. Here’s what to do this month. Wow, where did the year go? If, like us, you’re freaking out about how fast the end of the year is coming, just remember the weather is about to turn warm and daylight saving is not far away. And this month is jam-packed with lots of things to do.

Andrew (Boy) Charlton Pool reopening
It may feel a little nippy still, but September 1 marks the reopening of this wonderful swimming pool. There’s a launch party, but if you can’t make it, that’s okay, there are months of lap swimming and sun bathing ahead of us at what is one of the city’s best pools.

Best new restaurants to try this month
We’ve ordered the drinks, taste-tested the dishes and woken up full all in the name of research to bring you this list of the nine best new eateries to try.

Rationale
Book an appointment at one of Rationale’s clinics for either a facial or for a skin appraisal. Broadsheet’s fashion editor Amanda Valmorbida road-tested its Essential Six range over three months and says it lives up to the hype.

The cult beauty brand was started 25 years ago by Melbourne-born Richard Parker based on the idea of “feeding” the skin with topical minerals, vitamins and antioxidants. Fans of the range say it has helped give them the confidence to go make-up free.

Antidote
Even before some of the world’s most influential thinkers take to the stage for this two-day festival of big ideas and radical thinking, the event has courted controversy.

The Australian Department of Home Affairs is threatening to deny one of the headliners, Chelsea Manning, entry to Australia (although nothing has been decided at time of publishing). The festival’s organisers have submitted a notice to revaluate her visa, but the government claims the whistleblower poses a threat.

Manning was jailed for seven years of a 35-year sentence for handing over 750,000 classified US military documents to Wikileaks. If the advocate for transgender rights makes it she will talk alongside Pulitzer Prize-winning lawyer, investigative reporter and child prodigy Ronan Farrow, who was pivotal in breaking the Harvey Weinstein story.

Influential Sydney chef Josh Niland of Paddington restaurant Saint Peter is also appearing at the festival. He will be discussing sustainable seafood and teach you how to fillet a fish. Counter-extremism advisor Ed Husain, a British former Muslim radical, now liberal-Islam advocate, will also appear, at a session called “Islam in the free world”.

And while you’re there, watch Italian artist Francesca Pasquali use the Opera House’s 15,000 leftover straws (it banned them recently and has a surplus) to create a live installation. It’ll then be permanently housed at the house.

Antidote is on September 1 and 2 at the Sydney Opera House.

The two-day Burgapalooza is happening in Parramatta for the first time and will feature BL Burgers, Down N’ Out, Mister Gee’s, Burger Head and Superior Burger, all making their return festival appearance. Burgapalooza newbies Ume Burger, Chef’s Kitchen and Hardstyle Kitchen will also be there.

Each will cook a special version of Sydney's most-loved handheld meal, all priced at $15.

The festival will include live art, music, stand-up comedy and family-friendly activities such as face painting. Plus there will be a space organisers promise will “help alleviate the stress of being too full, but wanting to eat more burgers". We interpret that as somewhere you can recover from your food coma.

Burgapalooza is on September 22 and 23 at Prince Alfred Square, Parramatta.

Sydney Contemporary
One for those looking to buy some art.

This is the fourth edition of the now-annual art fair and involves 70 leading Australian and international galleries taking over Carriageworks. These leading local galleries will showcase the best visual art, current trends, and emerging practices and artists.

This year you can catch the first glimpse of new bodies of work from established artists such as Ben Quilty and Tim Storrier along with existing works from Brett Whiteley, Tracey Moffatt and Sidney Nolan. High-profile international names include Tracey Emin and Damien Hirst.

It runs for five days and will also feature performances and installations, including a reimagined version of globally renowned Melbourne artist Patricia Piccinini’s 3000-piece flower installation The Field.

Sydney Contemporary is at Carriageworks from September 13 to 16 with a preview on September 12. 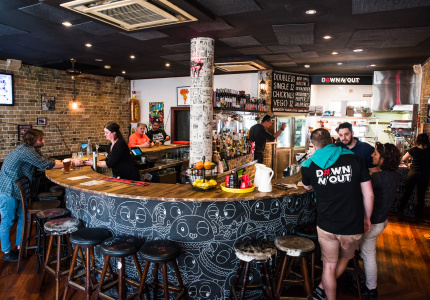 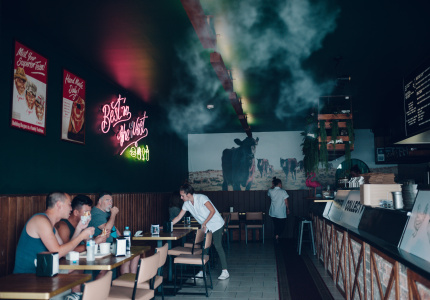