Down The Rabbit Hole With Hiatus Kaiyote

We speak to Nai Palm, the powerful soulstress and frontwoman behind Hiatus Kaiyote, about new tunes and an upcoming national tour. 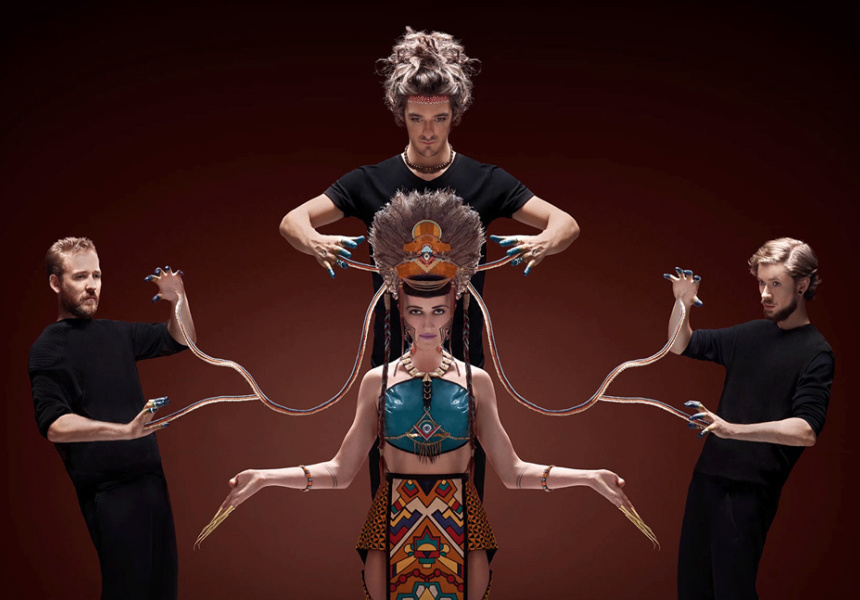 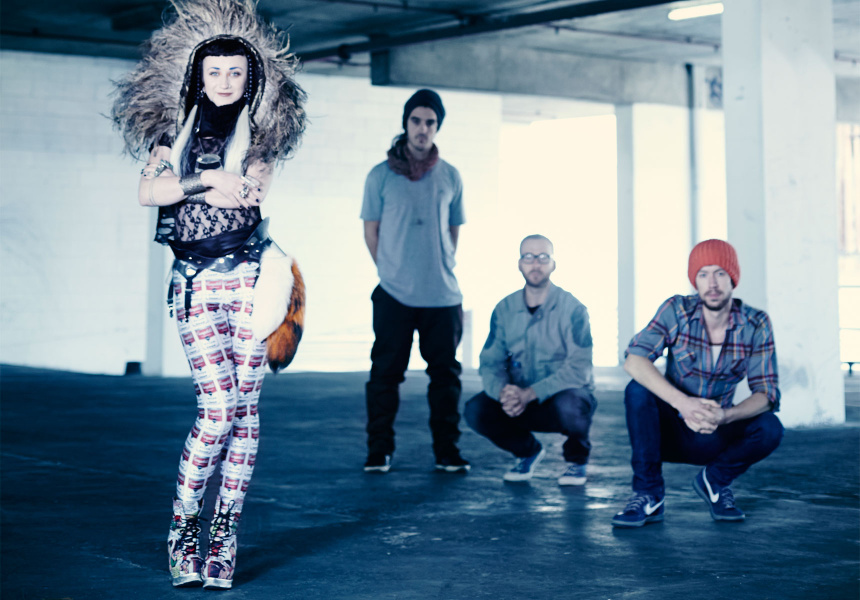 Hiatus Kaiyote has truly earned its place on the world stage. The band’s debut album Tawk Tomahawk was nominated for a Grammy Award last year and won the adoration of industry heavyweights such as Erykah Badu, Flying Lotus and Prince. Multiple world tours did not stop the band members from working on prolific solo projects, and now its heavily hyped sophomore album is nearly complete.

Chief songwriter and boisterous frontwoman Nai Palm has a rare brand of energetic intensity. She speaks passionately and knowingly, all in the company of her pet parakeet, Charlie Parker. Hiatus Kaiyote’s new tunes are, “An extension of us as musicians,” she says. “Now we have a couple of world tours under our belt, our playing and writing has really developed.” Nai Palm’s punchy vocals shoot deep into the soul, perfectly complemented by inexplicable offbeats and infinite layers. Later this month a three-track EP, By Fire, will offer a teaser, before the album, Choose Your Weapon, lands early next year.

Haitus Kaiyote’s sound continues to defy categorisation. Songs hurtle through soul, chillwave, electronic and psychedelia. Nai Palm believes this project is best understood as cinematic, and says, “We approached every song like a different movie – a story that has texture and detail, and is very visual to absorb.” The band was picked up by US label Flying Bhudda, but its recording process remains independent. By Fire and Choose Your Weapon were completely self-produced. “We’re fortunate enough that the boys have enough skills as engineers to be able to really go down the rabbit hole ourselves, with the exception of a few other producers to pull certain sounds,” says Nai Palm.

“The cool thing is, our music is not specifically tailored to a demographic. We attract a pretty varied audience,” she says. Hiatus Kaiyote gigs are a special place where conflicting scenes and styles meet; expect the elderly alongside hyper-coloured punk kids. “I enjoy watching people interact with each other in such an intimate setting,” says Nai Palm. “I never see myself as a performer, [I’m] creating something. There’s something really beautiful about being open to share a human experience with a room full of people that you might not know.”

The upcoming (and aptly titled) Sonic Architects tour will be a four-hour wall of sound. Haitus Kaiyote will share the stage with Kirkis, Silent Jay and Remi, which means lots of crossing over of band members. Nai Palm laughs sympathetically when we raise this with her, commenting that synth player Simon Mavis will, “Probably be on stage for at least three hours.”

The transformative energy of these performances has been known to transfix audiences, the air pleasantly devoid of phones recording every minute. Nai Palm speaks lovingly of these audiences. “Predominately, the people that are into our music are really, really present – and that’s really rewarding.”

There is a collaborative sense of community around Hiatus Kaiyote. Those following it online will know it isn’t afraid to ask fans for help. Facebook statuses have included: “Can someone who has a pick (plectrum) bring it? Hugs and kisses” and “Anyone in Melbourne got a copy of Pro Tools 10 with iLock that they are trying to get rid of?” This off-the-cuff crowdsourcing means followers become contributors. “We never want to be one of those bands that’s greater than thou,” says Nai Palm. “We’re just humans and we like to make music, and people can enjoy that. It’s beautiful if people can help you out and be part of that legacy.”

The EP By Fire will be released November 29, while Choose Your Weapon is due in March 2015. The Sonic Architects tour stops through The Metro Theatre on Sunday December 14. Tickets available here.