Considered one of the more high-brow cultural experiences, the ballet often feels like it comes with prerequisites. In partnership with The Australian Ballet, we demystify the etiquette. 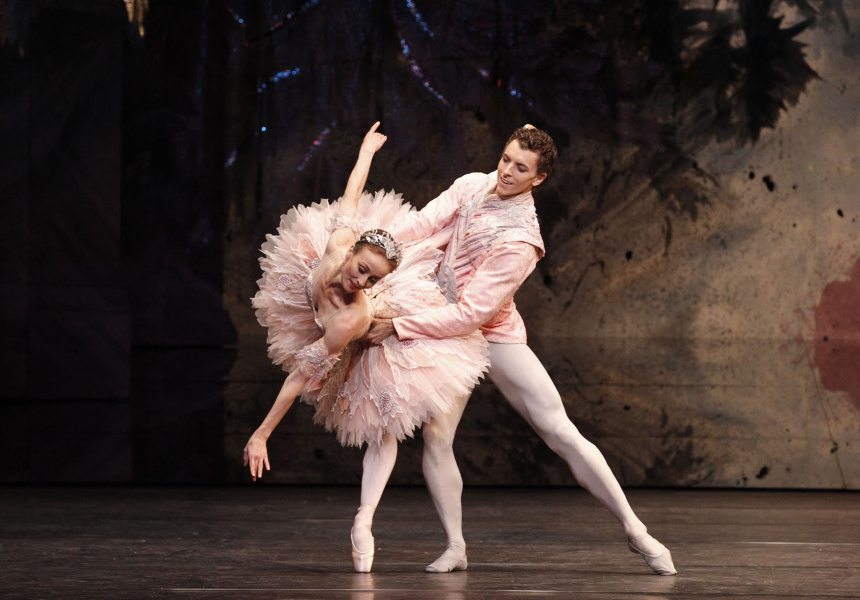 To the uninitiated, the ballet might seem a little daunting: an old-fashioned cultural institution that leads to a stuffy and expensive night out. But the ballet in 2019 is anything but old-world.

“The great thing about the ballet is there’s no right or wrong way to enjoy it,” says Alex Wyatt, the senior artistic coordinator at The Australian Ballet. “People go for so many different reasons: you might just really want to hear the amazing music by whichever incredible composer has written the score, or the costumes are really beautiful, or the story’s really thought-provoking.”

Even just the spectacle of the dancers doing their thing is worth the price of admission, Wyatt explains. “Watching them, after having honed their craft for so long, this being their moment to shine, is so incredible,” he says. “But whenever you go, there’s going to be something you can appreciate.”

The Australian Ballet’s current roster features a mix of both the traditional and contemporary. The Nutcracker, which is on from November 30 to December 18, is an opulent take on the 19th-century ballet by renowned British choreographer Sir Peter Wright. Sylvia, a co-production between The Australian Ballet and Houston Ballet running from November 8 to November 23, is full of classic sword-fighting heroines, dramatic love stories and Greek gods – but with a modern feminist sensibility. Both shows are ideal for first-timers.

But if you’ve never attended the ballet before, you might still be thinking, “How do I approach this?” Here, Wyatt offers some etiquette points, while also assuring us that ballet – which “transcends languages” – is for everyone.

Wyatt says it’s a myth that you must dress up for the ballet. “There’ll always be people arriving in jeans or something after a day at work,” he says. “And that’s fine.”

But who doesn’t love an excuse to dress in their finest? “You can get as dressed up as you like,” Wyatt says. “It’s a wonderful excuse to put on something that you maybe don’t usually wear and to make it an occasion.”

Wyatt has one important word of caution for fashionistas, though: “Do make sure that you’re comfortable!”

Sometimes ballets are long, he explains, “and there’s nothing worse than when you’re sitting watching something really amazing, and you’re overwhelmed by everything that’s happening on stage, and then you realise that your belt’s too tight, or your shirt’s really slim, or your heels are too high. Just make sure you’re comfy.”

Once you’ve decided to attend the ballet, you’re going to want to make a night of it. Wyatt says the ballet can suit a range of different occasions.

“It can be anything,” he tells us. “Sometimes I go to the ballet with a bunch of friends, and we’ll go out to a bar for a drink beforehand and grab some really easy food and then see the show like that. Or there are times where, if I’m trying to impress a date, we’ll just go straight there.” It’s also a great activity for a “solo night out”, he says.

Sylvia and The Nutcracker are both on at the Sydney Opera House, which is surrounded by a multitude of places to eat and drink before or after the performance. For a fine dining experience that doesn’t feel too fancy, Bennelong has a supper menu available for a post theatre snack. Highlights include gourmet sausage rolls and a truffle and five cheese toasted sandwich.

For a drink before or after the show, you can’t go past the Opera Bar.

Wyatt insists there isn’t a huge set of rules for attending the ballet, like many of us might imagine. “The number one thing to remember is to be on time,” he says. “Ballet waits for no-one.” “The show starts at the time on your ticket. So, if you’re making a night of it, get there nice and early, hang out in the foyer. It’s always fun doing some people-watching,” he jokes, and, “if you’re in Melbourne, the foyers have a gorgeous atmosphere and are filled with beautiful artwork.”

Should you clap during the ballet? “I guess, take your cue from the rest of the audience,” says Wyatt. “But it’s not like when you see a symphony, where you can’t clap between movements or anything. If the dancers are doing something like lots of spins, or jumping really high, or look like they’re doing amazing feats of splendour, then go wild.”

Wyatt assures us that everyone on stage loves to hear a receptive and enthusiastic audience, so don’t be afraid to clap if something looks exciting.

“One of the aspects will always thrill you or excite you, and it doesn’t matter if you don’t get it,” he says. “Sometimes there’s nothing to get, what’s important is how you feel.”