The hitmaker has topped the charts collaborating with Beyoncé and Mark Ronson. Now he’s topping the iconic bridge in a world first. 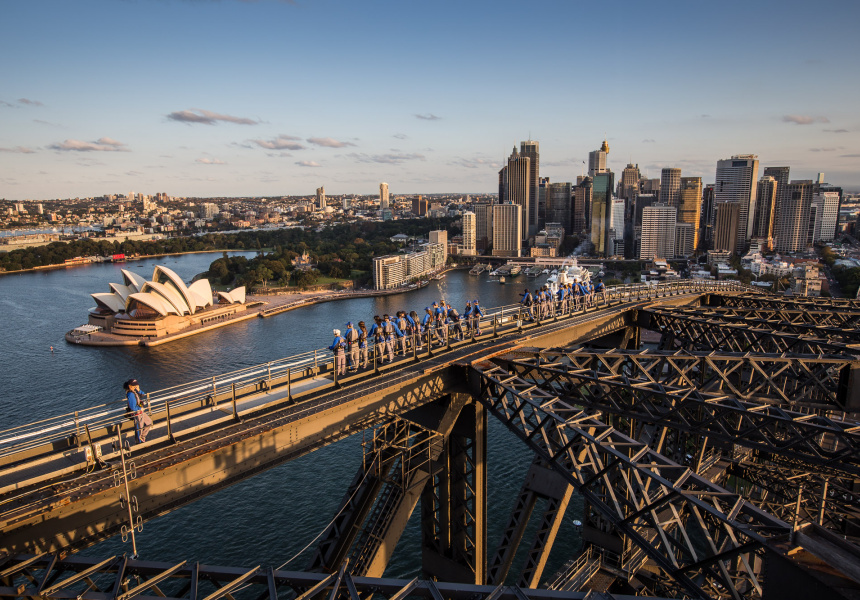 Genre-hopping music producer and artist Diplo is performing a set on top of the Sydney Harbour Bridge to celebrate Bridge Climb’s 21st anniversary.

Celebrities such as Ben Stiller, Hugh Jackman, Keith Urban and Heidi Klum have summitted the bridge in the past, but this is the first time a high-profile international musician will be performing on the structure.

There’s no word yet on what songs he’ll perform or how many, but the set will mostly likely be under an hour long. Winners of a competition run by Heaps Decent, an Australian arts organisation co-founded by Diplo that mentors emerging musicians, will get to watch the show live on the bridge, while the rest of the world will have to wait for it to stream online after the performance.

The songwriter-producer, born Thomas Wesley Pentz, is in Australia to perform at the Listen Out Festival, which starts off in Melbourne the day after his bridge performance.

The high-altitude show is part of Bridge Climb’s line-up of activities for its 21st anniversary. Tickets to climb the bridge are also being slashed down to 1998 prices for one day only, and guests will be treated to ’90s playlists as they climb.

Diplo will perform on the Harbour Bridge on September 26.