It's been dubbed “the Daniel Radcliffe-farting-corpse movie”. But a dead-serious conversation with the filmmakers reveals it's much more. When the centrepiece image of your film is Daniel Radcliffe’s farting corpse, it is going to be a challenge to shake off first impressions.

The first feature by filmmaking duo Daniel Kwan and Daniel Scheinert (known collectively as Daniels) is delightfully weird and revels in the opportunity to subvert strongly held ideas about what is taboo. It flips perceptions of what is considered gross and what is beautiful. The two Daniels function as equal parts of a single unit.

“We’re pretty interchangeable,” Scheinert says. “You can attribute quotes to either of us. We don’t mind.”

Swiss Army Man follows two men – one living, one dead. Hank (Paul Dano) has been stranded on an island for long enough to grow a shaggy, salt-encrusted beard, and is about to end it all when a corpse named Manny (Daniel Radcliffe) washes up in his small part of the world.

Setting the surreal tone for the rest of the film – and cementing its description as the “Daniel Radcliffe-farting-corpse movie” – Hank rides the flatulence-fuelled Manny away from the island and the two begin a tentative friendship, trying to find their way back to a society that begins to look progressively less appealing.

The two Daniels cut across each other with the myriad ways the film can be framed.

“It’s about a lonely man stranded in the wilderness who discovers a corpse and together they go on a journey to get home.”

“It’s a suicidal man trying to convince a dead body that life is worth living.”

“We could go on forever,” Scheinert says, laughing. “Those are our elevator pitches. But the main thing we wanted was to take something really unexpected and make it beautiful and full of hope.”

In many ways the film is a commentary on itself – about testing waters and seeing if society is ready to accept the weird. And a movie in which two men navigate their way home by following the direction a corpse’s boner is pointing can’t help but be weird.

The main hurdle for the film is convincing audiences not to take the metaphors literally. Traditionally farts and erections are used as cheap jokes and punchlines, not as a method of exploring closeness and relationships.

“It’s all about shame and the things that keep us away from each other,” Scheinert explains. “That’s what it all boils down to. It’s really interesting to see how some of the reactions to this film illustrate those points; how we can immediately pre-judge something and shut it out before we even give it a chance to open up.”

“The themes within the film came to us as we were making it,” Kwan continues. “We had this image of a man riding a corpse that farts across the ocean with tears streaming down his cheeks as he escapes an island, and we thought it was so funny but poignant and beautiful and gross and interesting. As we started trying to unpack that image and develop this story of these two men, we in some ways became ashamed of our own idea, and scared that people were going to hate it. We were wondering if we were weird for wanting to make this movie.”

Rationally, a corpse should not be a sympathetic character. But as Manny learns about society through the eyes of his beaten-down companion, his vision for a better world is disarmingly appealing, despite the metaphorical emphasis placed on flatulence.

Prior to Swiss Army Man, Daniels were best known for their MTV VMA Award-winning and Grammy-nominated work on Lil Jon’s Turn Down For What clip, which contains some interesting visual and thematic parallels with their first feature.

When asked if, in some ways, the frenetic and free world depicted in the clip are in line with Manny’s view of utopia, they hoot with laughter before Scheinert says, “I’ve never heard that connection before. It’s very beautiful. It’s like a sequel to Swiss Army Man. It’s like Manny’s dream – it’s a post-Swiss Army Man world.”

The film is polarising, and that underscores its value. Offering something entirely new is never going to be universally palatable, but Swiss Army Man adds to a larger conversation rather than echoing what has come before. “I think originality just for originality’s sake isn’t that worthwhile necessarily. But I think there are voices that aren’t being heard,” Scheinert explains.

“It’s a huge risk making your first feature a fart drama,” Scheinert says, laughing. “But despite the insanity, we tried to make it so there was always something honest or emotionally truthful to every moment and every decision the characters made. We wanted the movie to be visceral and shake people out of their comfort zones – but we ultimately wanted to unite people.”

Swiss Army Man is showing in selected cinemas from July 14. 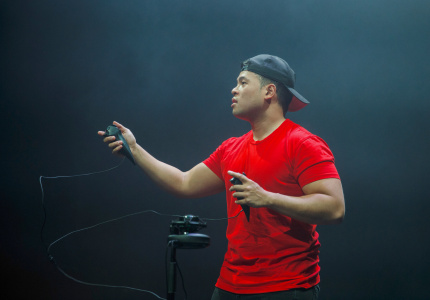 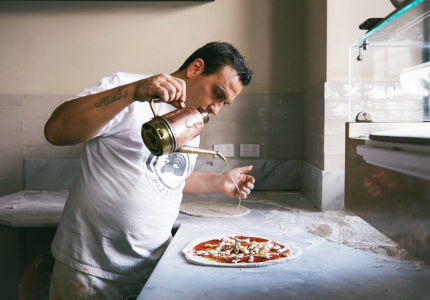