Four years after wowing everyone with Animal Kingdom, David Michod is back with The Rover, and has just as much to say. “There were just so many things I was frustrated with,” explains the 41-year-old Australian filmmaker, David Michod. “There was our inability to move on climate change, corporate bailouts and the ETS. I felt like Australia was moving to a bad place. So rather than complain, I tried to channel that anger into a movie.” The result is The Rover, a not-so-futuristic film set in outback Australia where the only industries are mining, selling guns and prostitution, and Mad Max-esque gangs run free. Guy Pierce plays a wretched outlaw who’s car has been stolen and, for reasons unsaid, he really wants it back. With a Deliverance-style hick, (Robert Pattinson), he pursues the stolen car and the two attempt some sort of allegiance in a dangerous, dead world. In short, Michod isn’t so optimistic about Australia’s future.

“Well, I wouldn’t say it’s a downer,” he chuckles. “I thought Animal Kingdom was a much more loveless place. To me, The Rover is about humans who rediscover each other, despite incredibly trying circumstances, and can still nurture and care for one another. The characters in Animal Kingdom were only concerned with themselves, and that to me creates a much more hopeless world.”

Michod wasn’t always this passionate. In 2010, he told the Sydney Morning Herald that his teens were spent, ''Smoking cigarettes at lunchtime and playing rugby on the weekends.'' He grew up on Sydney’s North Shore, went to school at Sydney Grammar and left for Melbourne when he got a graduate job with the Victorian Education Department. That didn’t last long, and he decided to study arts at Melbourne University, with the rough dream of getting into movies. After graduating he got an intern position back in Sydney with the Australian film industry magazine Inside Film. He moved up the ranks to become its editor and worked there for the next three years, while making short films that would echo his later work. One of his first, 2006’s Ezra White, LL.B. follows a lawyer whose life seems envious from the outside, but who is decaying within. His next film, Crossbow, tells the story of a neglected teen from the perspective of a neighbour. 2008’s Netherland Dwarf follows a father and son who both yearn for love while they ignore each other. Then in 2010 came Animal Kingdom, set inside a fictionalised Melbourne crime family, based loosely on the gangland killings.

“I couldn’t believe how that blew up,” says Michod. He was keen to see Melbourne’s gangland shootings for what they were. Not glamorous, just brutal and tragic. With a budget of just around five million, and staring Australian actors with little overseas exposure, Animal Kingdom won the Grand Jury Prize at Sundance and was a favourite with critics everywhere, including Quentin Tarantino, who listed it as his third-favourite film of the year. Michod had made it, but the question was what to do next.

“I had all sorts of films offered to me,” he says. “Lots of gangster movies, a couple of horrors and thrillers, and they weren’t bad, I just knew it had to be my own.” So he dusted off the script for The Rover, which he’d written before Animal Kingdom and was surprised at how it still resonated. “The same stuff I was angry about years earlier had only become worse,” he says, “so I knew it had to be this one.” He collaborated with many of the same people he’d worked with before, including his Animal Kingdom producer, Liz Watts, and cinematographer Adam Arkapaw. “Adam and I were meticulous about planning our shots last time, but for The Rover, we were just happy to trust our instincts.”

Michod worked with Hollywood pin-up boy Robert Pattinson, of the mega-successful Twilight franchise. “He was just amazing,” says Michod. “You’d expect him to be a chiselled dope, but he’s got some really interesting, creative ideas. When we screen-tested him I just knew in five minutes he was the guy.”

The film was shot in six weeks of mid-summer shooting in the isolated outback towns of the Flinders Rangers, a process Michod describes as one of his best. “Filmmaking is problem solving 24 hours a day. You have to have the right people with you to be able to do that, and I did. I also think that at its heart, teamwork is about compassion. I’ve seen filmmakers drive themselves crazy trying to control everything, so I just try to enjoy the people I’m working with and trust that they have great ideas of their own.

Despite all the anger, Michod is a happy man. “Oh definitely,” he says. But you can be happy and angry at the same time.”

The Rover is in cinemas nationally. 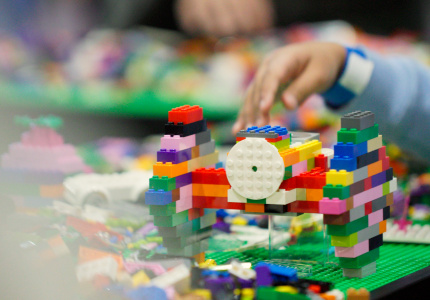