We meet the Melbourne songwriter on home ground as her world steadily blows up around her. 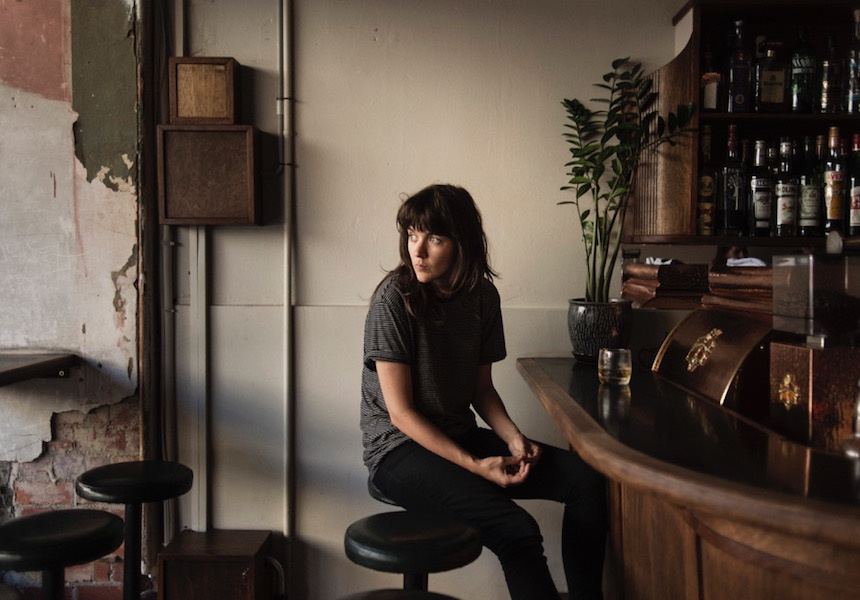 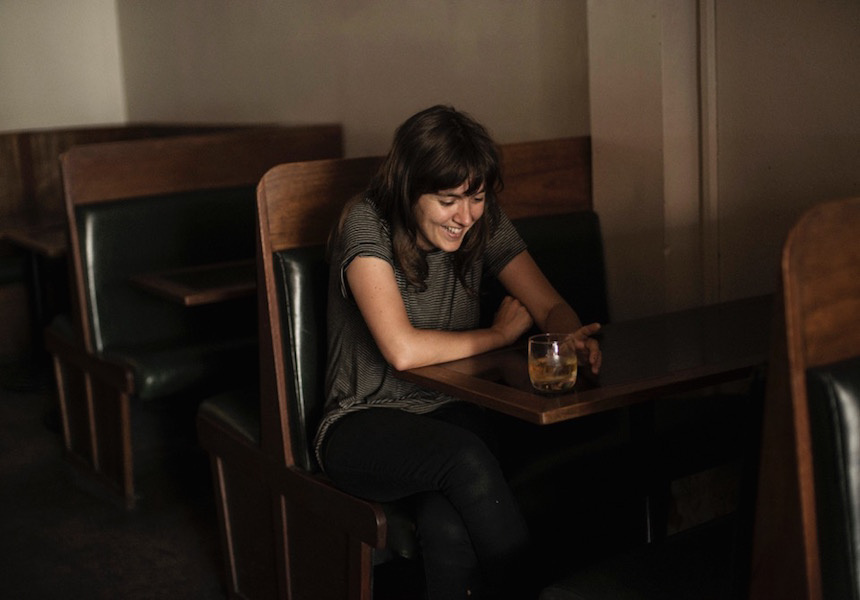 When I meet Courtney Barnett for an afternoon drink at Joe’s Shoe Store, a bar in Northcote near her home, she’s just reached the end of a very long day.

Not to bore you with what happens on this side of a media circuit, but I’m last in line of two back-to-back days of interviews – which is why you’re seeing those shaggy bangs and wide blue eyes splashed across your social media feeds this week.

After this last interview, she tells me, she’ll disappear to Wilson’s Prom (a national park in Gippsland, Victoria) with her girlfriend, Jen Cloher.

“Last time we were there, there was no internet, no phone reception,” she says. “You know how you fucking get up and check your email and your Facebook? Also just to spend time with my girlfriend … it’s nice just to connect.”

Barnett just released her debut album, Sometimes I Sit and Think and Sometimes I Just Sit, and the response has not just been positive, but significant. On Monday, Pitchfork awarded the 27 year old’s album a rare 8.6, landing it in the Best New Music category. It’s currently keeping company with Kendrick Lamar and Bjork’s new releases.

Even though it sits among such prestigious fellows, it’s plainly different from the others – the first clue being the crude, hand-drawn cover art, done by Barnett. This spontaneity is mirrored in the music – it’s energetic, restless and unpolished.

“I’d show the guys the songs a week before we recorded,” Barnett says. “And we rearranged bits, so when we were in the studio it was super fresh. We couldn’t even remember how to play some of them.”

She pauses for a second, recalling. “The single [Pedestrian at Best], which I wrote at the last minute – that was basically the first time I actually sung it out loud,” she says laughing. “That’s why the syllables – it’s all wrong.”

“It’s perfect how it is though. I like capturing stuff like that, I think it’s way better.”

While Pedestrian is the first and noisiest track, the slow-burning masterpiece on the album is the quietly ingenious Depreston, a song about moving to the outer suburbs.

The five-minute ballad is what a Raymond Carver short story might sound like – spare with detail, mundane and sad.

Impassive musings about, “saving $23 a week” on coffee and observations of “handrails in the shower” and “a photo of a young man in a van in Vietnam” resonate in their evasiveness.

“I don’t try to hone in on those things at all,” Barnett says. “I just find them interesting. It’s just nice to highlight those things that seem less important.”

Depreston was the track Barnett chose to perform on Ellen last week. It was surreal to know that millions of people around the world were tuned into a song about Preston. Aside from feeling a smug twinge of ownership, I wondered, ‘Will people outside of Melbourne get this?’

“It’s universal,” Barnett says. “I think most people put two and two together, that it’s a kind of slightly out-of-city suburb and real-estate wise it’s kind of cheaper than inner city. Most people have figured that out and they’re like, ‘I don’t know where Preston is, but I get what you’re saying!’ Everyone has some kind of story about that song, which is pretty incredible.”

“It’s nice to be able to relate to the landscape and the backdrop for anyone who’s from Melbourne. But for anyone who’s not, it’s just extra words. The most important part is the emotion and the general meaning.”

That’s what this album is, in a way, extra words. It’s one-liners and witticisms, drifting observations and suburban vignettes. You can tune into it on two wavelengths – to absorb it literally, or to unfocus your eyes and see the bigger picture made from nothing.

Courtney Barnett’s debut album Sometimes I Sit and Think and Sometimes I Just Think is out now.